Researchers reveal the Vav3 protein is responsible for the formation of bacterial docking stations in the airway cells which promote the recurrent lung infections seen in Cystic Fibrosis patients. 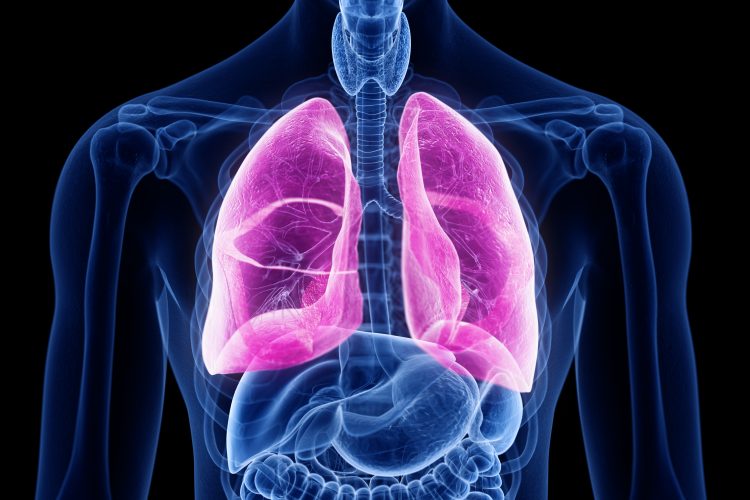 Cystic fibrosis (CF) is one of the most common genetic disorders in Switzerland, it does not have a cure and requires life-long management throughout patients’ shortened lifespans. This reduced life expectancy is particularly attributed to recurrent, life-threatening respiratory infections, so researchers set out to establish why CF patients are so prone to these lung infections.

The team Scientists from the University of Geneva (UNIGE), Switzerland, discovered in their study that a protein called Vav3 promotes these infections by creating what they named a “bacterial docking station” on surface of the airways. The scientists also demonstrated that inhibiting Vav3 could prevent these recurrent infections and suggest this could be transferred into therapeutic prospects to limit respiratory complications in patients with CF.

CF, thought to affect more than 700,000 people worldwide, is caused by a mutation in a gene for a protein involved in the secretion of mucus. The result is an abnormally thick (hyperviscous) mucus that can cause severe respiratory and digestive problems, such as airway obstructions.

Aside from its role in airway obstruction, accumulations of the hyperviscous mucus also appear to play a role in promoting persistent lung infections, primarily caused by the bacteria Pseudomonas aeruginosa. These bacteria are known for being highly resistant to antibiotics, so understanding how it anchors to the cells of the airways is highly desirable.

Marc Chanson, Professor at the Department of Cell Physiology and Metabolism of the Faculty of Medicine of the UNIGE, explained:  “While it is known that mucus viscosity plays a role in trapping bacteria, the reason why they anchor so easily to airways was unknown. Anchoring of Pseudomonas aeruginosa to airways’ cells is the starting point for these often fatal infections. Understanding this process could help preventing their occurrence.”

Formation of a bacterial docking station 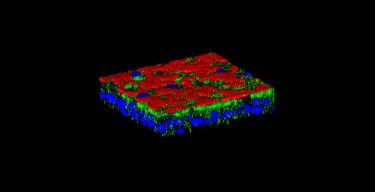 The protein Vav3 (in green) creates bacterial docking stations on the surface (in red) of respiratory cells (nuclei in blue) that facilitate airways’ infection in patients with cystic fibrosis [Credit: © UNIGE, laboratoire Chanson].

In their paper, the researchers compared airway cells from people with healthy cells and those affected by CF. “The whole project began when we found that the protein Vav3, which had not been shown to be involved in this disease until now, was over-expressed in sick cells,” commented Mehdi Badaoui, researcher in Professor Chanson’s team and first author of this work.

After numerous in vitro analyses, the team discovered that in the CF cells Vav3 interacts with two other proteins, fibronectin and integrin b1, creating a complex on the cell surface that acts as a bacterial docking station, promoting Pseudomonas aeruginosa infections. “This is the first time that a mechanism creating a favourable microenvironment for a bacterium before it even arrives has been observed,” said Chanson. “This might explain the high number of chronic lung infections in people with cystic fibrosis.”

The team experimented further, inhibiting Vav3 expression in CF cells enabled them to prevent the expression of  the two other proteins that make up the docking station. “And, indeed, the absence of this structure limits the adhesion of Pseudomonas aeruginosa,” added Badaoui.

Although the exact link between Vav3 and the genetic defect that causes CF has yet to be determined, the researchers concluded that their discovery is a promising therapeutic target for limiting respiratory complications.

The paper was published in Cell Reports.