Could the Nsp1 protein be a novel drug target for COVID-19?

A study of the SARS-CoV-2 nonstructural protein 1 (Nsp1) showed it can supress translation and inhibit anti-viral defence mechanisms, making it a potential target for drugs. 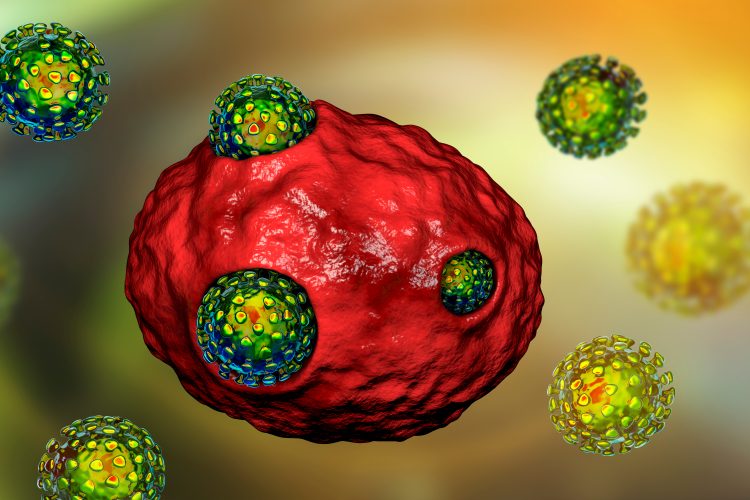 Researchers studying a SARS-CoV-2 protein, called nonstructural protein 1 (Nsp1), have revealed how it interacts with intracellular protein production machinery to supress translation of mRNA into protein and inhibit anti-viral defence mechanisms. SARS-CoV-2 is the coronavirus causing the COVID-19 pandemic.

Although SARS-Cov-2 features additional inhibitors of host innate immune defences, targeting the interaction of Nsp1 with the host’s ribosomes (protein production machinery) may be an important therapeutic strategy, the authors wrote.

A major virulence factor of coronaviruses causing Severe Acute Respiratory Syndrome (SARS-CoVs), including the SARS-CoV-2 virus, is the protein Nsp1. Upon infection, it suppresses protein production in the host, including production of proteins active in cellular anti-viral defence mechanisms, by binding to the cell’s ribosomes. Targeting the site on the ribosome that Nsp1 binds to could be an important potential therapeutic strategy.

Figure 1 Cryo-EM structures of Nsp1-bound ribosomal complexes.
(A) SDS-PAGE analysis of reconstituted Nsp1-40S complexes, Nsp1 is labeled with an asterisk. (B) Reconstituted Nsp1-40S structure with Nsp1 in pink and ribosomal RNA and proteins in yellow. Additional density between uS3 and h16 assigned to the N-terminal fold of Nsp1. bk, beak; pf, platform; lf, left foot; rf, right foot. (C) C-terminal helix 1 and 2 of Nsp1 with corresponding density. (D) Cross-section of the 40S highlighting the central position of Nsp1 within the mRNA tunnel. The putative position of the N-terminal domain of Nsp1 is schematically indicated [models based on PDB-2HSX (21) and PDB-6Y0G (47)]. (E) SDS-PAGE analysis of Nsp1-ribosomal complexes affinity purified from HEK293T cells. Proteins identified in the cryo-EM structures were labeled according to mass spectrometry analysis [Adapted from: Thoms, M. et al. Figure 2].

In their study, Matthias Thoms and colleagues from the University of Munich, Germany, set out to structurally characterise the Nsp1 of SARS-CoV-2 bound to the ribosome. As part of their approach, they tested the ability of a mutant form of Nsp1, known as mt-Nsp1, to affect protein production related to host immune response, in both in vitro and in vivo experiments. The mutant version did not bind in the same way nor did it inhibit translation, according to the authors.

Through further experiments, the team demonstrated that SARS-CoV-2 Nsp1 almost completely prevents production of various immune molecules that fight viral infection, including interferons. “Our data establish that one of the major immune evasion factors of SARS-CoV-2, Nsp1, efficiently interferes with the cellular translation machinery resulting in a shut-down of host protein production,” the authors said.

While they stated important questions about Nsp1 are yet to be answered, the team believe their data may provide a starting point for structure-based drug design targeting the interaction between Nsp1 and the ribosome.