A new study reveals that the Toxoplasma gondii parasite acts through the IRE1 protein to cause infected cells to migrate through the body, spreading the parasite. 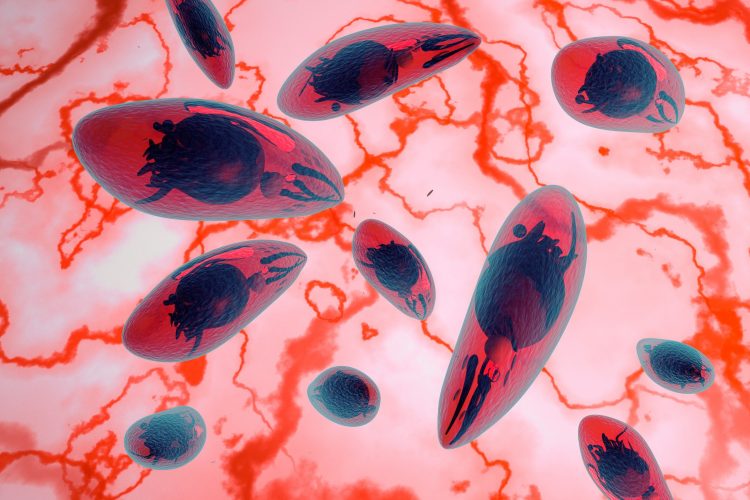 Researchers have discovered that Toxoplasma gondii, the parasite that causes a potentially fatal condition called toxoplasmosis (the formation of cysts in bodily organs such as the heart, brain and muscles), hijacks host cells to spread through the body. The team suggest this could be important in the development of novel treatment strategies and drugs targeting the parasite.

“The parasite essentially hijacks these cells, using them as vehicles to get to various organ systems, including the brain,” said Dr Leonardo Augusto, a postdoctoral fellow in the Department of Pharmacology and Toxicology at Indiana University School of Medicine, US, and lead author on the study. “It is like the parasite is taking the wheel of its host cell and using it to spread around the body.”

Toxoplasma gondii infects up to one-third of the world’s population. People are typically infected with through exposure to cat faeces or consumption of contaminated food and water. The parasite causes life-threatening issues in some patients because it can disseminate to the brain, where it persists in latent cysts and waits for immunity to wane before reactivating.

“One of the key problems in battling an infection like Toxoplasma is controlling its spread to other parts of the body,” Augusto explained. “Upon ingestion of the parasite, it makes its way into immune cells and causes them to move – a behaviour called hypermigratory activity. How these parasites cause their infected cells to start migrating is largely unknown.”

In their paper published in mBio the tea, revealed that when the parasite infects a cell it activates a protein called IRE1 on the endoplasmic reticulum. IRE1 aids the cell in dealing with stress and can cause cells to move away from stressors. In cells infected with Toxoplasma, IRE1 connects to the actin cytoskeleton, a network of structural proteins that gives the cell its shape and coordinates movement. By engaging this network through IRE1, Toxoplasma causes hypermigration of immune cells.

“When we infected host cells that were depleted of IRE1, they could no longer move,” Augusto said. “These cells were greatly impaired at disseminating Toxoplasma to the brains of infected mice.”

The team concluded that a better understanding of how the parasite spreads through the body is helpful in the development of novel drugs to combat it.