Team suggest bradykinin system could be targeted by COVID-19 drugs

Researchers say computational analyses suggest the bradykinin system may explain some of the symptoms of COVID-19, providing a drug target. 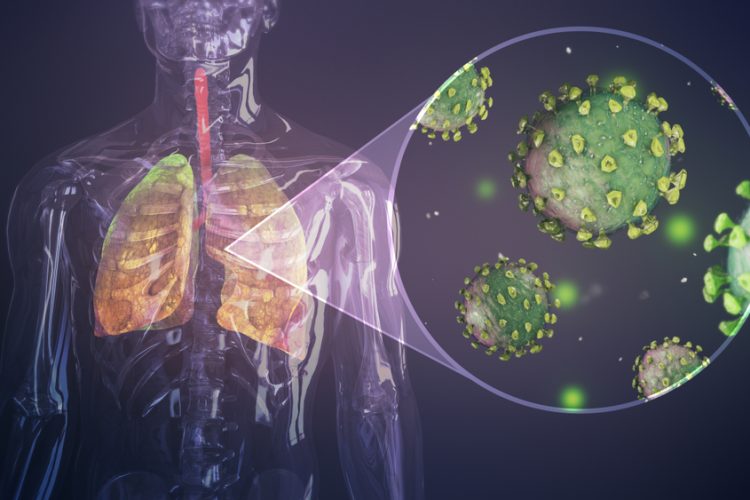 Analyses of lung fluid cells from COVID-19 patients conducted on a supercomputer point to gene expression patterns and the bradykinin system that may explain the runaway symptoms produced by the body’s response to SARS-CoV-2, according to the researchers.

A team led by Dan Jacobson of the US Department of Energy’s Oak Ridge National Laboratory (ORNL) used the Summit supercomputer at ORNL to analyse genes from cells in the lung fluid of nine COVID-19 patients compared with 40 control patients.

The computational analyses suggest that genes related to one of the body’s systems responsible for lowering blood pressure – the bradykinin system – appear to be excessively “turned on” in the lung fluid cells of those with the virus.

Based on their analyses, the team suggests that bradykinin – the compound that dilates blood vessels and makes them permeable – is overproduced in the body of COVID-19 patients; related systems either contribute to overproduction or cannot slow the process. Excessive bradykinin leads to leaky blood vessels, allowing fluid to build up in the body’s soft tissues.

The researchers say that such attention has focused on what is known as the cytokine storm. Jacobson’s team thinks a bradykinin storm may instead be to blame for much of the viral pathogenesis. If the team’s disease mechanism model is accurate and substantiated by experimental analysis, it may mean that existing medicines could be repurposed to slow the pathogenesis of COVID-19. This would require extensive clinical trials of drugs currently used to treat other bradykinin-related conditions. 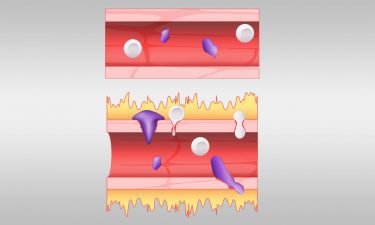 A normal blood vessel, shown at top, is compared with a blood vessel affected by excess bradykinin. A hyperactive bradykinin system permits fluid, shown in yellow, to leak out and allows immune cells, shown in purple, to squeeze their way out of blood vessels [credit: Jason Smith/ORNL, US Department of Energy].

“If we can block this pathogenesis in severe patients, we can keep the human response from going overboard and give their immune system time to fight off the virus so they can recover,” Jacobson said.

The bradykinin storm could explain the wide variety of symptoms experienced by COVID-19 patients, such as muscle pain, fatigue, nausea, vomiting, diarrhoea, headaches and decreased cognitive function, say the team. Similar symptoms are also experienced by patients with other bradykinin-related conditions such as hereditary angioedema, a genetic condition that is characterised by episodes of severe swelling throughout the body.

“This is one of those rare times where you can really tie everything back to a eureka moment,” said Jacobson. “I was looking at data and I suddenly saw some very distinct patterns happening in the pathways of the renin-angiotensin and bradykinin systems. That led us to do a deep dive of the gene families of the blood pressure regulatory system.” The renin-angiotensin system (RAS) and bradykinin pathway regulate blood pressure and fluid balance in the body.

Using the supercomputer, the team compared the genes of COVID-19 patients against a control group and analysed population-scale gene expression data – 17,000 samples from uninfected individuals – to see which genes were normally co-expressed, or turned on or off at the same time.

The researchers found an increased expression of enzymes that can trigger the production of bradykinin and a decreased expression of enzymes that would break down bradykinin. They also uncovered that an enzyme that forestalls the bradykinin cascade – the angiotensin-converting enzyme (ACE) – was less expressed in COVID-19 patients. At least 10 existing drugs are known to act on the specific pathways Jacobson’s team studied, but the researchers say large-scale clinical trials are needed to determine whether they might be effective at treating COVID-19.

The results were published in eLife.