Scientists have developed a novel secretory immunoglobulin A (sIgA) serotype antibody that binds more effectively to the spike protein of SARS-CoV-2 than some IgG antibodies. 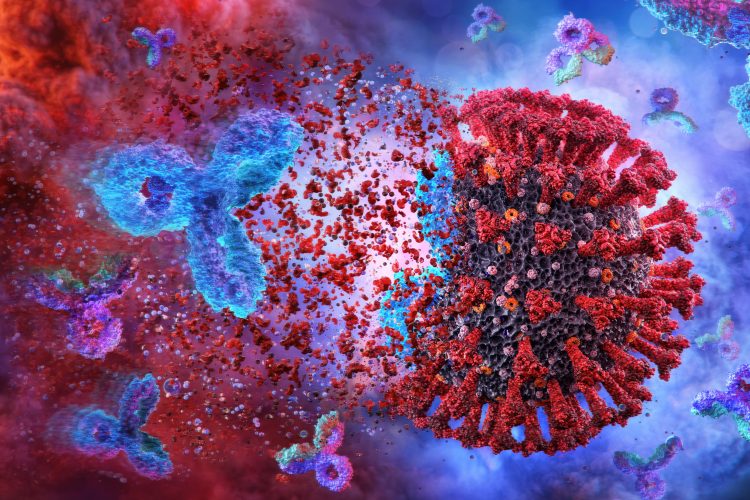 Scientists have demonstrated that andtibodies of the immunoglobulin A (IgA) serotype can prevent SARS-CoV-2 (the virus causing the COVID-19 pandemic) from binding to the cellular receptor it uses to infect cells. The team therefore suggest that COVID-19 specific IgA monoclonal antibodies may be critical to provide effective immunity in the respiratory system against the novel coronavirus.

Researchers at MassBiologics of the University of Massachusetts Medical School, US, have detailed the discovery and characterisation of a cross-reactive human monoclonal antibody (mAb) for the SARS-CoV-2 spike protein. When the antibody binds to the spike protein, the virus is unable to interact with the angiotensin converting enzyme 2 (ACE2) receptor on the surface of the mucosal tissue of the respiratory tract, preventing the virus from infecting cells.

Dr Yang Wang, deputy director for product discovery at MassBiologics and associate professor of medicine at the university, and colleagues explained that their approach to targeting SARS-CoV-2 was based on research they had conducted 16 years earlier, when they developed an IgG (immunoglobulin G serotype) mAb that was effective against a similar virus, SARS-CoV (the first severe acute respiratory syndrome causing coronavirus). That first SARS virus disappeared when MassBiologics were ready to initiate a clinical trial, so the team saved the research materials but discontinued the work.

When SARS-CoV-2 was recognised and began to spread, the team say they realised that that first mAb might help with this new infection. They resurrected the old SARS program, retrieving frozen hybridoma cells that had been developed 16 years earlier, thawing them and determining if what worked for one novel coronavirus would work for another. Although there was 90 percent similarity between the two coronaviruses, the mAb did not bind to the spike of the current coronavirus. A second mAb from the work was also evaluated, but only bound weakly.

Wang and colleagues then explored whether a separate research programme, in which they were developing secretory IgA (sIgA) antibodies, could help combat SARS-CoV-2. According to the team, sIgAs play a crucial role in immunity on mucosal surfaces, such as the gastrointestinal (GI) and respiratory tracts. MassBiologics revealed it has been investigating sIgA in the GI tract as a possible therapeutic to prevent GI infections. But would similar anti-SARS-CoV-2 sIgA produce passive mucosal immunity in the respiratory tract, where COVID-19 disease is incredibly damaging? The approach worked, producing an antibody with a high binding affinity and neutralisation activity, which the team called MAb362.

“We were excited to learn that antibodies to SARS-CoV-2 are more effective in binding to and neutralising the virus when they are in the sIgA isotype of antibody, compared to the usual circulating IgG antibodies,” said Dr Mark Klempner, executive vice chancellor for MassBiologics and professor of medicine. “In nature, sIgA antibodies coat mucosal surfaces like the respiratory, GI and GU tracts, where they are stabilised by the mucous layer on these surfaces. There, they perform the important function of preventing binding of a pathogen to host cells, thus preventing infection.”

Based on these results, the team worked with Dr Celia Schiffer, the Gladys Smith Martin Chair in Oncology, professor of biochemistry & molecular pharmacology and director of the Institute for Drug Resistance, and her then-graduate student, Shurong Hou, who has since earned her PhD, to see if they could understand the nature of the effect of the IgA antibody. Dr Schiffer and Dr Hou found that MAb362 neutralises the SARS-CoV-2 virus by directly out-competing the spike protein’s binding to human ACE2 receptors.

Klempner concluded: “Our search – which started during a coffee break conversation – has resulted in a unique IgA antibody that could potentially be applied through mucosal administration, in combination with other systemically administrated therapeutics for direct mucosal protection [from SARS-CoV-2].”