Long non-coding RNAs could be future targets for cancer drugs

Researchers have implicated long non-coding RNAs in tumour progression and suggest they may be potential drug targets for cancers with p53 mutations. 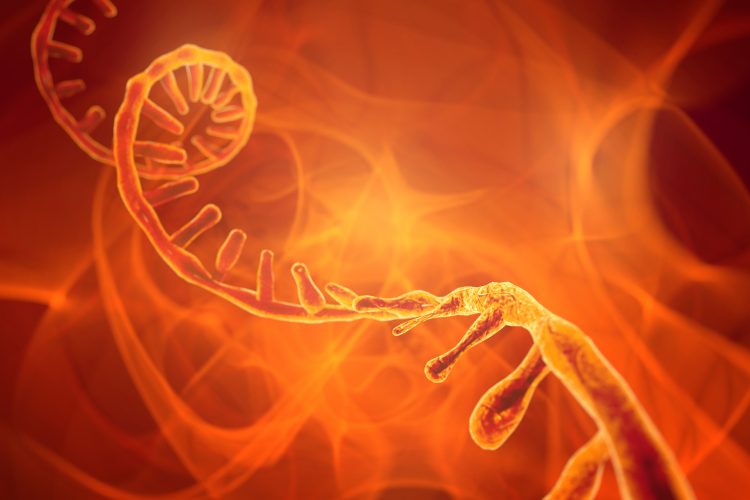 It is well established that cancer development is a highly complicated process, involving multiple genes and signalling pathways becoming dysregulated throughout the lifecycle of the disease. Two of the most commonly mutated genes in various cancer types are p53 and AKT. When the former is mutated it can downregulate a downstream protein called TAp63, which typically acts as a tumour suppressor. As a result of inhibiting TAp63’s anti-cancer activity, mutations in p53 can drive tumour development. AKT is also an important mediator of cancer progression and controls proliferation, migration, invasion and survival of tumours.

In previous work, researchers at the Moffitt Cancer Center demonstrated that TAp63 acts as a tumour suppressor gene and established that its loss of function can result in tumour development and metastasis. In follow-up studies, the team sought to determine this mechanism so that it could be hijacked in a therapeutic setting to overcome p53 mutations. Their investigations led them to make a connection between TAp63 and lncRNA.

In a new article published in Nature Communications, the researchers describe how the protein TAp63 controls levels of lncRNA molecules, which subsequently connects the activities of p53 and AKT to promote disease progression.

RNA has traditionally been considered an intermediary molecule; DNA codes for RNA, which is turn codes for protein. However, scientists are now finding that some RNA molecules do not code for proteins, rather they have a variety of regulatory functions that control normal physiological processes. As a result, altered expression or activity of these lncRNAs can lead to the development and progression of disease. In their studies, Dr Elsa Flores, chair of the Department of Molecular Oncology and leader of the Cancer Biology and Evolution Program at the Moffitt Cancer Center, US, and colleagues performed a variety of laboratory and mouse studies to show that TAp63 regulates the expression of lncRNA.

They demonstrated that the lncRNAs stimulated cell migration and invasion. The team also found that high expression of two particular lncRNAs named TROLL-2 and TROLL-3 was associated with breast cancer progression. According to the researchers, one of their important findings is that the downregulation of TROLL-2 and TROLL-3 inhibited the formation of several tumour types in mice including breast, melanoma and lung cancer. Additionally, the researchers found that TROLL-2 and TROLL-3 are highly expressed in a variety of metastatic human cancers, suggesting that these lncRNAs may be potential prognostic markers for tumour progression and targets for anti-cancer therapies.

In their experiments the scientists showed that the tumour-promoting properties of the lncRNAs are dependent on the proteins WDR26 and NOLC1. According to the study, in cancer cells lacking TAp63 activity, TROLL-2 and TROLL-3 bind to WDR26 in the nucleus of the cell, preventing its interaction with NOLC1 and causing WDR26 to be transported into the cytoplasm. Once in the cytoplasm, WDR26 stimulates the AKT signalling pathway, leading to increased cell migration and invasion, promoting tumour development.

The team suggested that TROLL-2, TROLL-3, WDR26 or the interaction between these molecules and AKT could all be potential targets for drugs to combat cancer.

Flores commented: “Our findings identify a crucial mechanism for the activation of the AKT pathway through TAp63-regulated lncRNAs (TROLLs) and pave the way for more effective diagnostic tools for cancer progression and therapies against metastatic cancers with alterations in TP53 and hyperactivation of the PI3K/AKT pathway.”