Researchers have found that CBD reduces inflammation in the lungs of COVID-19 mouse models by increasing levels of the apelin peptide. 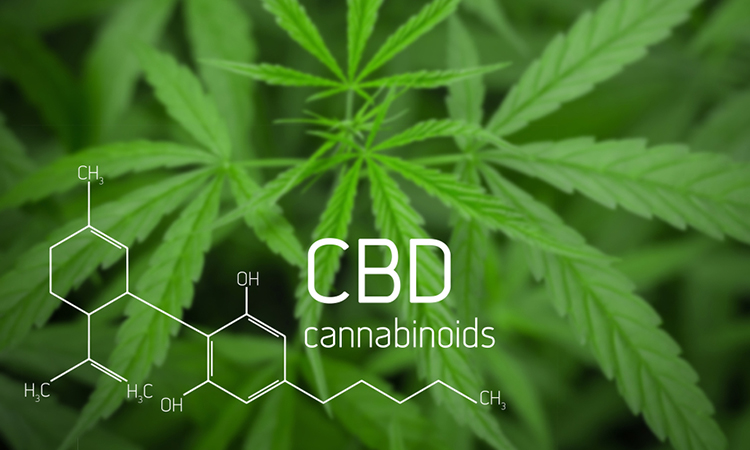 According to new research, cannabidiol (CBD) reduces the cytokine storm that damages the lungs and kills many patients with COVID-19. The team say the CBD works by enabling an increase in levels of a natural peptide called apelin, which reduces inflammation.

The scientists say that apelin is a peptide made by cells in the heart, lung, brain, fat tissue and blood and is an important regulator in bringing both blood pressure and inflammation down. They say that the blood levels of the peptide dropped close to zero in their adult respiratory distress syndrome (ARDS) model but increased 20 times with CBD.

“Ideally with ARDS [the peptide] would increase in areas of the lungs where it is needed to improve blood and oxygen flow to compensate and to protect,” said Dr Babak Baban, DCG immunologist. However, when the researchers looked at their ARDS model, apelin did not do either, instead decreasing in both the lung tissue itself and the general circulation – until they added CBD.

The team reported this summer that treatment with CBD reduced excessive lung inflammation, enabling improvements in lung function, heathier oxygen levels and repair of some of the structural damage to the lungs that are classic with ARDS.

Now, the scientists have correlated those improvements with regulation of apelin. While they do not attribute all of CBD’s benefits to the peptide, they say it clearly has an important role. They also say they do not yet know whether SARS-CoV-2 or CBD have a direct effect on apelin, or if these are downstream consequences, but they are already pursuing answers.

“It is an association; we do not know yet about causative, but it is a very good indicator of the disease,” Baban said. However, the team say their finding of reductions in apelin in the face of ARDS makes levels of the protective peptide a potential early biomarker for ARDS and response to treatment efforts.

The team tested CBD in mouse models. For these studies, a control group received intranasal saline for three consecutive days while the COVID-19 model received a synthetic analogue of double-stranded RNA intranasally for three days. A third group, the treatment group, received the RNA and CBD over the same timeframe.

The models with ARDS had significantly reduced apelin levels, as they has developed COVID-like symptoms compared to controls. Treatment with CBD normalised the immune response and apelin levels, along with oxygen levels as well as swelling and scarring in the lungs characteristic of ARDS.

The researchers say that the next steps include better understanding of the interaction between CBD, apelin and SARS-CoV-2 including why apelin goes down in the face of the virus and why CBD brings it up.

The findings were published in the Journal of Cellular and Molecular Medicine.