Tests in Alzheimer’s disease mouse models have shown that hydrogen sulphide can improve cognitive and motor function by 50 percent. 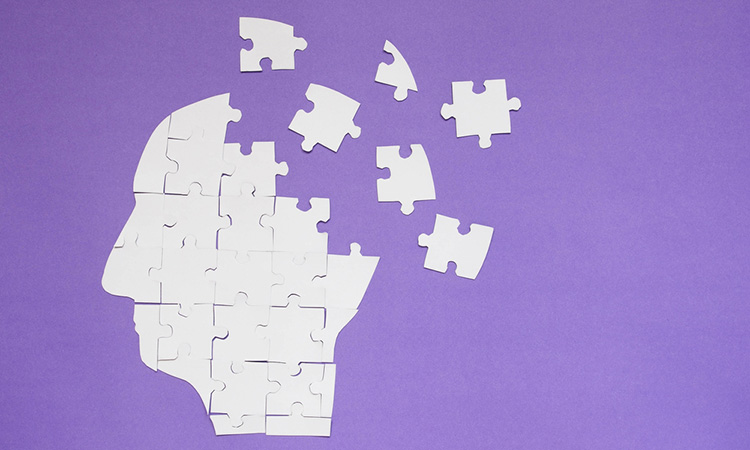 Researchers have shown that hydrogen sulphide, commonly known as the poisonous and corrosive gas that smells of rotten eggs, could help protect ageing brain cells against Alzheimer’s disease. The study was led by researchers at Johns Hopkins University, US.

According to the researchers, the human body naturally creates small amounts of hydrogen sulphide to help regulate functions throughout the body, from cell metabolism to blood vessel dilation.

For their research, the scientists studied mice genetically engineered to mimic human Alzheimer’s disease. They injected the mice with a hydrogen sulphide-carrying compound called NaGYY, which slowly releases the passenger hydrogen sulphide molecules while traveling throughout the body. The researchers then tested the mice for changes in memory and motor function over a 12-week period. 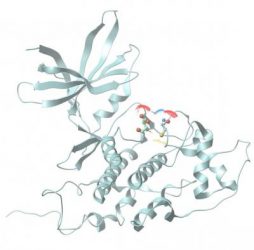 A ribbon model of a sulph-hydrated GSK3β that would inhibit its activity. Oxygen atoms are shown in red, sulphur in yellow and nitrogen in blue [credit: Bindu Paul and Johns Hopkins Medicine].

Behavioural tests on the mice showed that hydrogen sulphide improved cognitive and motor function by 50 percent compared with mice that did not receive the injections of NaGYY. Treated mice were able to better remember the locations of platform exits and appeared more physically active than their untreated counterparts with simulated Alzheimer’s disease.

The results showed that the behavioural outcomes of Alzheimer’s disease could be reversed by introducing hydrogen sulphide, but the researchers wanted to investigate how the brain chemically reacted to the gaseous molecule.

A series of biochemical experiments revealed a change to a common enzyme called glycogen synthase β (GSK3β). In the presence of healthy levels of hydrogen sulphide, GSK3β typically acts as a signalling molecule, adding chemical markers to other proteins and altering their function. However, the researchers observed that in the absence of hydrogen sulphide, GSK3β is over-attracted to another protein in the brain called Tau.

When GSK3β interacts with Tau, Tau changes into a form that tangles and clumps inside nerve cells. As Tau clumps grow, the tangled proteins block communication between nerves, eventually causing them to die. This leads to the deterioration and eventual loss of cognition, memory and motor function that is characteristic of Alzheimer’s disease.

“Understanding the cascade of events is important to designing therapies that can block this interaction like hydrogen sulphide is able to do,” said Daniel Giovinazzo, the first author of the study.

Until recently, researchers lacked the pharmacological tools to mimic how the body slowly makes tiny quantities of hydrogen sulphide inside cells. “The compound used in this study does just that and shows by correcting brain levels of hydrogen sulphide, we could successfully reverse some aspects of Alzheimer’s disease,” said collaborator on the study, Professor Matt Whiteman.

The team plan to continue studying how sulphur groups interact with GSK3β and other proteins involved in the pathogenesis of Alzheimer’s disease in other cell and organ systems. They also plan to test novel hydrogen sulphide delivery molecules.

The findings from the study are published in Proceedings of the National Academies of Sciences.