Scientists have found that a new knee injection using nanomedicine could prevent the effects of osteoarthritis. 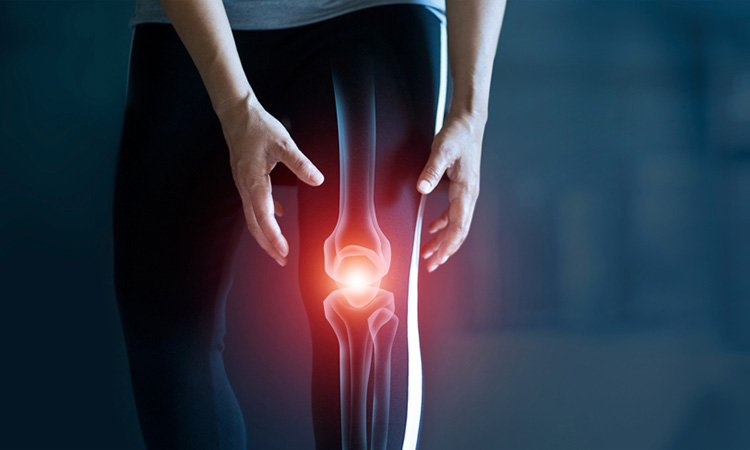 A group of scientists have discovered a potential method to cure osteoarthritis. According to the researchers, a simple knee injection could stop the disease’s effects. The study was conducted at the University of Pennsylvania, US.

“Our lab is one of the few in the world studying epidermal growth factor receptor (EGFR) signalling in cartilage and from the beginning, we have found that EGFR deficiency or inactivation accelerates osteoarthritis progression in mice,” said one of the researchers Associate Professor Ling Qin. “Thus, we proposed that its activation could be used to treat osteoarthritis and in this study, we have proven for the first time that over-activating it inside the knee blocks the progression of osteoarthritis.”

The researchers compared typical mice with those that had a ligand that bound to EGFR that was over-overexpressed in chondrocytes, the building blocks of cartilage. This overexpression drives the over-activation of EGFR signalling in knee cartilage. When examining them, the mice with overexpressed HBEGF (the EGFR ligand) were found to consistently have enlarged cartilage, meaning that it was not wearing away like the mice who had normal EGFR activity. Moreover, when these mice aged to adulthood, their cartilage was resistant to degeneration and other hallmarks of osteoarthritis, even if their knee’s meniscus was damaged.

To further prove that the over-activated EGFR was the reason for the mice’s resiliency, the researchers found that gefitinib treatments, which are designed to block EFGR function, took away the protection against cartilage degeneration.

In a new series of tests, the researchers created nanotherapeutics by attaching a potent EGFR ligand, transforming growth factor-alpha, onto synthetic nanoparticles, to inject into mice who already had cartilage damage in their knees.

“Free EGFR ligands have a short half-life and cannot be retained inside of a joint capsule due to their small size,” explained Associate Professor Zhiliang Cheng, the co-corresponding authors on the paper. “Nanoparticles help to protect them from degradation, restrict them within the joint, reduce off-target toxicity and carry them deep inside dense cartilage to reach chondrocytes.”

When mice were injected with these nanotherapeutics, the researchers saw that they slowed cartilage degeneration and bone hardening, as well as eased knee pain. There also were no major side effects seen in the mice who were treated.

“While many of the technical aspects of this application still need to be worked out, the ability to stop or slow the course of osteoarthritis with an injection rather than surgery would dramatically change how we feel and function as we age and after injury,” said one of the study’s co- authors, Dr Jaimo Ahn.

“There is a great unmet medical need for a disease-modifying osteoarthritis drug,” Qin said. “In the future, we will optimise the drug design and test it in large animals before proceeding to clinical trials. We hope our research could lead to a novel drug that will improve the health and well-being of the more than 27 million osteoarthritis patients in the US.”