A study using stem cells has revealed that DCM-causing mutations in LMNA disrupt the organisation of DNA in the nucleus of heart muscle cells. 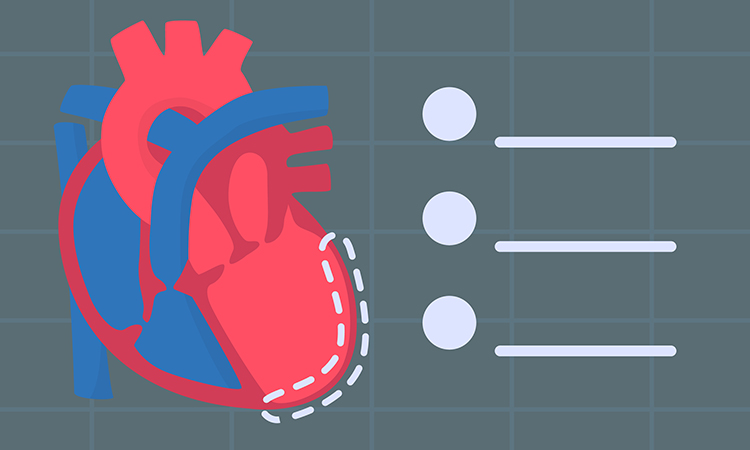 Scientists report they have uncovered the molecular causes of a congenital form of dilated cardiomyopathy (DCM), an often-fatal heart disorder. The study was conducted at the Perelman School of Medicine at the University of Pennsylvania, US.

This inherited form of DCM is one of multiple congenital disorders known to be caused by inherited mutations in a gene called LMNA. The LMNA gene is active in most cell types and researchers have not understood why LMNA mutations affect particular organs such as the heart while sparing most other organs and tissues.

“We are now beginning to understand why patients with LMNA mutations have tissue-restricted disorders such as DCM even though the gene is expressed in most cell types,” said study co-senior author Assistant Professor Rajan Jain.

“Further work along these lines should enable us to predict how LMNA mutations will manifest in individual patients and ultimately we may be able to intervene with drugs to correct the genome disorganisation that these mutations cause,” said study co-senior author Professor Kiran Musunuru.

According to the researchers, the LMNA gene encodes proteins that form a lacy structure on the inner wall of the cell nucleus, where chromosomes full of coiled DNA are housed. This structure, known as the nuclear lamina, interacts with some parts of the genome, helping to regulate gene activity. However, the nuclear lamina is found in most cell types, yet the disruption of this cellular component by LMNA mutations causes only a handful of relatively specific clinical disorders, including a form of DCM, two forms of muscular dystrophy and a form of progeria.

To better understand how LMNA mutations can cause DCM, the researchers took cells from a healthy human donor and used CRISPR gene-editing to create known DCM-causing LMNA mutations in each cell. They then used stem cell methods to turn these cells into heart muscle cells – cardiomyocytes – and, for comparison, liver and fat cells.

The researchers found that in the LMNA-mutant cardiomyocytes – but hardly at all in the other two cell types – the nuclear lamina had an altered appearance and did not connect to the genome in the usual way. This disruption of lamina-genome interactions led to a failure of normal gene regulation; many genes that should be switched off in heart muscle cells were active. The researchers examined cells taken from DCM patients with LMNA mutations and found similar abnormalities in gene activity.

The team found that the DCM-causing LMNA mutations had begun to alter the identity of cardiomyocytes, giving them features of other cell types. The LMNA-mutant cardiomyocytes also had another defect seen in patients with LMNA-linked DCM – the heart muscle cells had lost much of the mechanical elasticity that normally allows them to contract and stretch as needed. The same deficiency was not seen in the LMNA-mutant liver and fat cells.

Research is ongoing to understand whether changes in elasticity in the heart cells with LMNA mutations occurs prior to changes in genome organisation, or whether the genome interactions at the lamina help ensure proper elasticity. Their experiments did suggest an explanation for the differences between the lamina-genome connections being badly disrupted in LMNA-mutant cardiomyocytes but not so much in LMNA-mutant liver and fat cells. Every cell type uses a distinct pattern of chemical marks on its genome, called epigenetic marks, to programme its patterns of gene activity and this pattern in cardiomyocytes apparently results in lamina-genome interactions that are especially vulnerable to disruption in the presence of certain LMNA mutations.

“The findings reveal the likely importance of the nuclear lamina in regulating cell identity and the physical organisation of the genome,” Jain said. “This also opens up new avenues of research that could one day lead to the successful treatment or prevention of LMNA-mutations and related disorders.”