According to scientists, maternal cells act as a reservoir for Zika, enabling the virus to pass from mother to foetus during pregnancy. 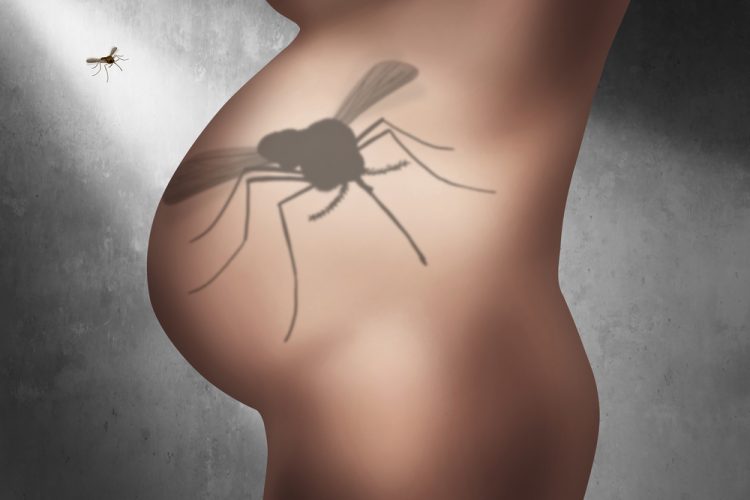 New research has revealed that the mosquito-borne Zika virus uses vertical transmission to pass from pregnant women to their unborn offspring. In their study, the researchers also found that tizoxanide, the active metabolite of a US Food and Drug Administration (FDA)-approved antiparasitic drug nitazoxanide, can effectively inhibit this transmission in vitro.

Zika virus was first identified when it spread throughout the Americas in 2015-2016. Despite all but disappearing in 2017, resurgence remains possible in areas where the Aedes aegypti mosquito is prevalent. Furthermore, there is no treatment or vaccine available for Zika virus infection.

In adults, Zika infections are primarily either asymptomatic or mild. Instead, the virus poses the most concern for pregnant women, because up to 10 percent of newborns from affected mothers suffer Zika-associated birth defects, including smaller than normal head size (microcephaly) which can lead to developmental disabilities and other health problems. Zika has also been linked to pregnancy complications, including preterm birth, preeclampsia and miscarriage. Interestingly, timing appears important; mothers infected in the first trimester are much more likely to have babies with severe Zika birth defects than mothers infected in the third semester.

Typically, the placenta, the organ supplying maternal oxygen and nutrients to the growing foetus, effectively prevents pathogens, such as viruses, from crossing its protective barrier. With Zika, it was assumed that a subtype of foetally-derived placental cells known as syncytiotrophoblasts, in direct contact with maternal blood, were the site where the Zika virus enters the placenta, potentially leading to foetal infection. However, in the new study, researchers found that these particular trophoblasts resist Zika virus attachment and replication.

Instead, said one of the co-principal investigators, Dr Ozlem Guzeloglu-Kayisli, a University of South Florida Health (USF Health) Morsani College of Medicine, US, associate professor of obstetrics and gynecology, it is the maternal decidual cells (specialised cells lining the uterus) which are highly susceptible to infection with Zika and act as reservoirs for the virus. The decidual cells were found to have more than 10,000-fold higher expression of the Zika virus attachment and entry receptor than foetal trophoblasts. In addition, the researchers observed that after proliferating in the decidual cells, viral particles are released and transmitted through branch-like vascular projections (villi) on the placenta’s surface where they can then infect the otherwise Zika resistant foetal trophoblast cells.

The scientists were also able to account for the trimester-dependent differences in the effects of Zika; as the efficiency of viral replication was found to be significantly greater in first-trimester decidual cells than in those from term pregnancies.

Through further experiments, the team found that tizoxanide, effectively impeded Zika virus infection in both maternal decidual cells and foetal trophoblast cells. The drug has been shown preclinically to inhibit a broad range of RNA viruses, like Zika, and is being tested clinically against coronavirus.

The team concluded that further testing should be undertaken to determine whether tizoxanide can inhibit perinatal transmission of Zika virus and thereby reduce the occurrence of Zika-related birth defects.

The study was published in the Journal of Immunology.