The drug EIDD-2801 was shown to prevent SARS-CoV-2 replication and infection of cells in a new mouse model containing human lung tissue. 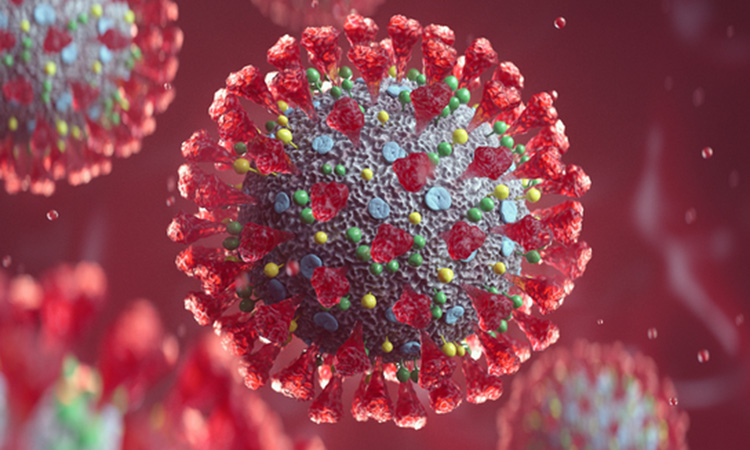 Scientists have found that the orally administered experimental drug molnupiravir (EIDD-2801) can halt SARS-CoV-2 replication and prevent infection of human cells in a new in vivo lab model containing human lung tissue. The drug has been developed by Ridgeback Biotherapeutics in collaboration with Merck.

The study was conducted at the University of North Carolina (UNC) School of Medicine and UNC Gillings School of Global Public Health, US.

According to the researchers, human coronaviruses do not replicate in mice unless the mice have been genetically modified or if the individual human receptor genes are introduced into mice so the virus can infect cells. However, none of these models possess the diverse human cells found in human lungs where viral infection can cause severe disease. So, the researchers developed a line of mice with human lung tissue that includes all the primary human cells infected when individuals fall ill with COVID-19.

To evaluate the therapeutic efficacy of EIDD-2801 for COVID-19, the researchers administered EIDD-2801 to LoM starting 24 hours or 48 hours post SARS-CoV-2 exposure and every 12 hours thereafter.

“We found that EIDD-2801 had a remarkable effect on virus replication after only two days of treatment – a dramatic, more than 25,000-fold reduction in the number of infectious particles in human lung tissue when treatment was initiated 24 hours post-exposure,” said senior author of the study, Professor J Victor Garcia. “Virus titers were significantly reduced by 96 percent when treatment was started 48 hours post-exposure.”

Next, the researchers tested the ability of EIDD-2801 to prevent SARS-CoV-2 infection by administering the drug 12 hours prior to SARS-CoV-2 exposure and every 12 hours thereafter.

“We show that LoM allow for the in vivo study of all recently emerged human coronaviruses in a single platform,” said co-first author Assistant Professor Lisa Gralinski. “Our model allows researchers to directly compare infection between human coronaviruses and the effectiveness of potential preventative and therapeutic approaches.”

Separate Phase II and III clinical trials are ongoing to evaluate EIDD-2801 safety in humans and its effect on viral shedding in COVID-19 patients.