A team has shown that STING activation is a new molecular target in the fight against graft-versus-host disease (GVHD). 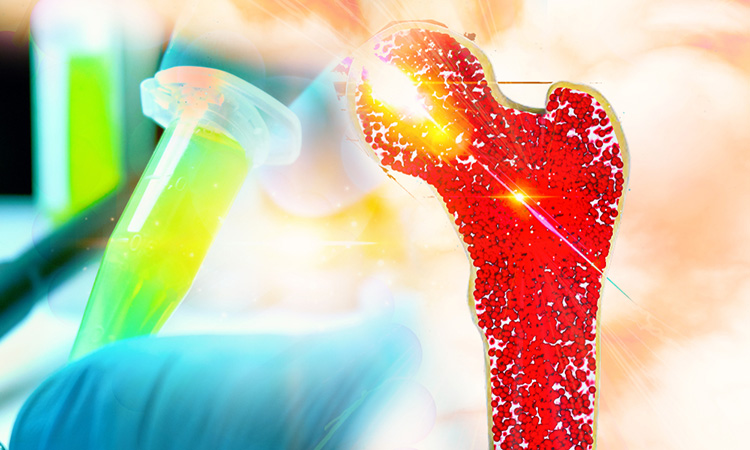 A new target molecule has been identified in the fight against graft-versus-host disease (GVHD). Bone marrow transplant, a treatment for certain blood cancers, is accompanied by potentially life-threatening GVHD in nearly 50 percent of patients. The study was conducted at the Medical University of South Carolina (MUSC), US.

According to the researchers, activating a molecule called stimulator of interferon genes (STING) may be a new approach to reduce the effects of GVHD. The team highlight that data from other groups has shown that STING activation in T cells helps immune cells fight cancer.

In contrast, in the case of GVHD, the T cells attack the body. Based on previous data, the researchers hypothesised that high STING activation would be negative in the context of GVHD and cause the body’s immune system to fight itself.

The team used a mouse model to test this hypothesis. The model was induced by bone marrow transplant, which closely models the disease development in humans.

The researchers used the models to determine whether GVHD improved or worsened when STING was:

The team then looked at different cell subsets to try and understand which cells were most impacted by the loss of STING. They found STING expression in the recipient mouse’s antigen-presenting cells (dendritic cells) reduced donor T-cell expansion and migratory ability after bone marrow transplant. This made it less likely that the T cells of the recipient mouse would attack its cells and lead to GVHD.

This finding was confirmed using a pharmacological drug that turned on the STING molecule. The researchers say this suggests the possibility that a STING-activating drug might protect bone marrow transplant recipients from GVHD.

The paper was published in Cellular and Molecular Immunology.