A key process in β-cell regeneration has been discovered by researchers who say this could lead to improved treatments for diabetes. 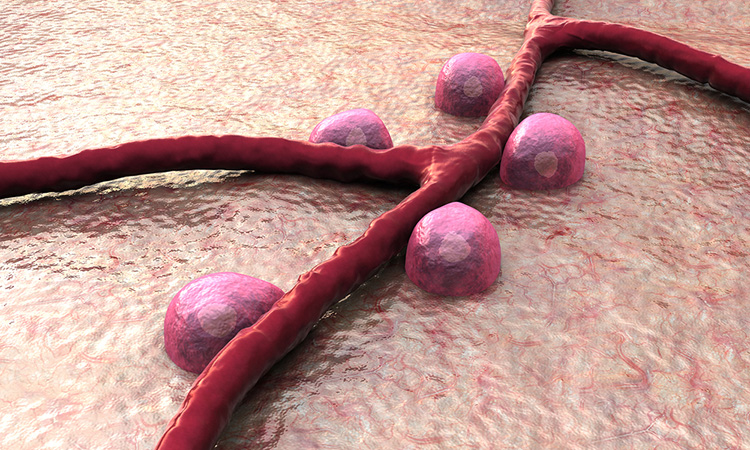 Researchers have uncovered the barrier to β-cell regeneration that they say could lead to improved treatments for diabetes and diseases that involve organ and tissue damage. The study was conducted at Monash University, Australia.

According to the researchers, the human body has limited capacity to regenerate new cells or tissue after birth as the genes involved in development are switched off. This process happens through DNA methylation, where methyl groups are written on DNA and modify the way the gene functions. This modification effectively silences genes of progenitor cells in the body and thereby the ability for the pancreas to generate the insulin producing β-cells.

However, through demethylation, progenitor cells can be reawakened, restoring their capacity to become new insulin producing beta cells paving the way towards improved treatments for type 1 and type 2 diabetes.

“[The] discovery that DNA methylation is a barrier to adult beta-cell regeneration will assist scientists to restore beta-cell function in the pancreas,” said Professor Sam El-Osta, the lead researcher of the study.

Currently, replacing the damaged β-cell mass in diabetic patients consists of whole pancreas or islets transplantation. Although efficient, these therapies face the shortage of organ donors together with the associated side effects of immunosuppressive drugs. Research focuses on the replacement of the lost β-cells in diabetic patients using several approaches and cell sources. However, critical to exploiting the potential of these regenerative approaches, is understanding how tissue and cellular processes are controlled during development.

Co-first author on the study, Dr Keith Al-Hasani added: “This is a novel and significant finding that will allow us to use these “sleeping beauties” (stem cells like cells) to wake up and become insulin cells to cure diabetes.”

The study was published in Regenerative Medicine.