A team have shown that a tumour-suppressing and killing molecule delivered to the brain by stem cells has been successful in mice. 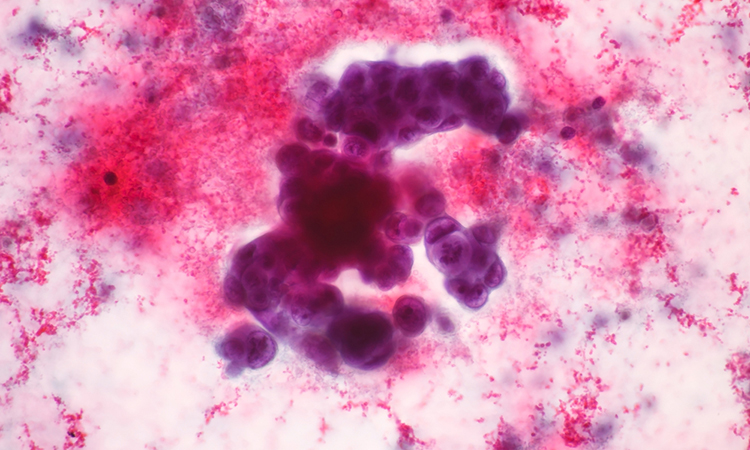 Researchers have engineered a bimodal tumour-suppressing and killing molecule that can be delivered to the brain by stem cells. The team, from Brigham and Women’s Hospital, US, tested the therapy in three new mouse models of basal-like breast cancer brain metastasis (BLBC-BM) that imitate human cancers and found that it successfully prolonged the lifespan of the mice.

“When breast cancer patients get metastasis to the brain, there is often not much we can do because therapeutics for brain metastatic cancer are scarce,” said corresponding author Dr Khalid Shah. “Given the urgent need and magnitude of the problem, we set out to not only work on the development of a new therapeutic approach, but also to develop it in a way that maximises the likelihood that our findings will be clinically translatable.”

The researchers began their work by analysing tissue from breast tumours and metastatic tumours in the brain from human patients with BM. They pinpointed key targets that appeared to drive tumour growth: an excess of epidermal growth factor receptor (EGFR) and death receptors 4 and 5 (DR4/5). With this knowledge, the investigators genetically engineered a bi-functional molecule, EvDRL, to target EGFR and DR4/5 simultaneously and induce cell death in the tumours.

The researchers spent three years building BM mouse models to reflect the range and complexity of human disease. One mouse mimics metastasis that takes the form of a solid tumour in the middle of the brain (macro-metastasis), the second mimics a more scattered metastasis (perivascular niche micro-metastasis) and the third mimics one that appears in the back of the brain (leptomeningeal metastases).

To introduce EvDRL to the brains of the metastasis mouse models, the researchers developed a stem-cell-based delivery platform, which have the advantage of being able to cross the blood-brain-barrier and home in on tumours in the brain.

According to the researchers, allogeneic stem cell therapies, which use donor tissue samples to create large batches of cells, can produce stem cells efficiently, making them a readily available, “off-the-shelf” technology for administering therapies. In all three mouse models, the researchers observed improved survival rates.

“Building these models was essential to testing our therapies because we wanted to mimic what happens in the patients,” Shah said. “We started our research by bringing findings in patients to mice and now we are planning to go back to the patients.”

The findings are published in Science Advances.