Researchers have produced the first 3D image of the Mediator-bound pre-initiation complex, key in the regulation of gene expression. 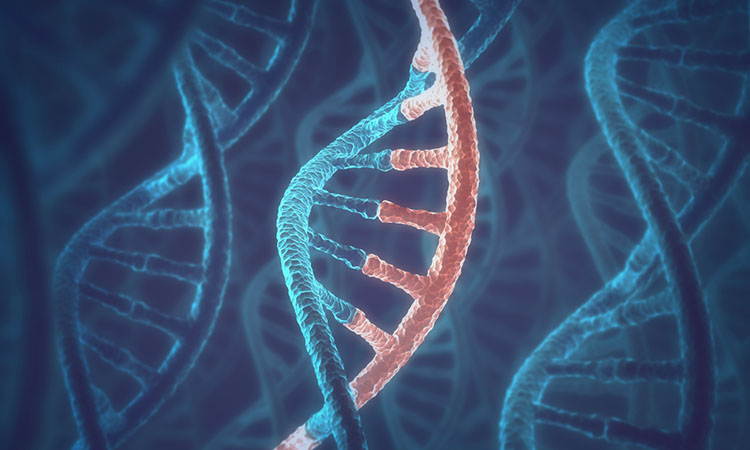 For the first time, researchers have imaged the inside of a human cell to view the multi-subunit machine responsible for regulating gene expression. The study was conducted at Northwestern University, US.

Called the Mediator-bound pre-initiation complex (Med-PIC), the structure is a key player in determining which genes are activated and which are suppressed. Mediator helps position the rest of the complex – RNA polymerase II and the general transcription factors – at the beginning of genes that the cell wants to transcribe.

The researchers visualised the complex, enabling them to better understand how it works. As this complex plays a role in many diseases, including cancer, neurodegenerative diseases, HIV and metabolic disorders, the new understanding of its structure could potentially be leveraged to treat disease.

“This machine is so basic to every branch of modern molecular biology in the context of gene expression,” said Yuan He, senior author of the study. “Visualising the structure in three-dimensions (3D) will help us answer basic biological questions, such as how DNA is copied to RNA.”

“Seeing this structure allows us to understand how it works,” added Assistant Professor Ryan Abdella, the paper’s co-first author. “It is like taking apart a common household appliance to see how everything fits together. Now we can understand how the proteins in the complex come together to perform their function.”

The Mediator complex in yeast was discovered in 1990. However, the Mediator comprises 26 subunits – 56 total when combined with the pre-initiation complex. It has taken researchers until now to obtain high-resolution images of the human version.

Researchers captured hundreds of thousands of images of the Med-PIC complex. They then used computational methods to reconstruct a 3D image [credit: Northwestern University].

A breakthrough came when the team put the sample on a single layer of graphene oxide. By providing this support, the graphene sheet minimised the amount of sample needed for imaging. Compared to the typical support used – amorphous carbon – graphene improved the signal-to-noise ratio for higher-resolution imaging.

After preparing the sample, the team used high-resolution using cryogenic electron microscopy (cryo-EM) to determine the 3D shape of proteins involved in gene expression. For this study, the team captured hundreds of thousands of images of the Med-PIC complex. They then used computational methods to reconstruct a 3D image.

“Solving this complex was like assembling a puzzle,” said Anna Talyzina, co-first author of the paper. “Some of those subunits were already known from other experiments, but we had no idea how the pieces assembled together or interacted with each other. With our final structure, we were finally able to see this whole complex and understand its organisation.”

The resulting image shows the Med-PIC complex as a flat, elongated structure, measuring 45nm in length. The researchers also discovered that the Mediator moves relative to the rest of the complex, binding to RNA polymerase II at a hinge point.

“Mediator moves like a pendulum,” Abdella said. “Next, we want to understand what this flexibility means. We think it might have an impact on the activity of a key enzyme within the complex.”

The gene study was published in Science.