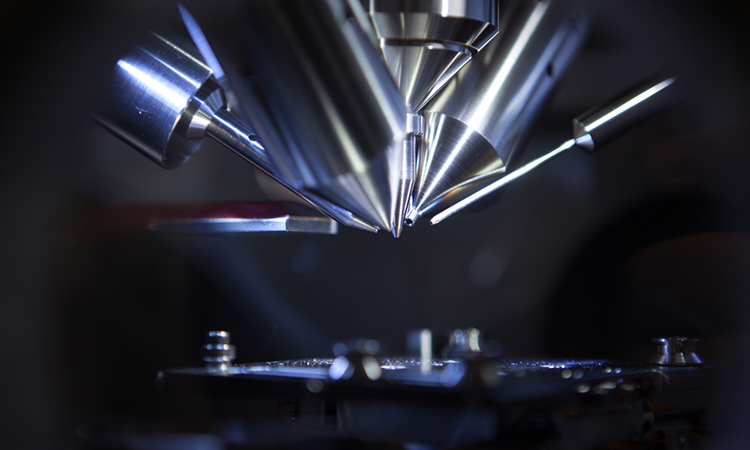 The new MALDI-on-a-chip technology was developed at Mannheim University and the Karlsruhe Institute of Technology (KIT), both Germany.

According to the scientists, in pharmaceutical R&D, cell‐based assays are most frequently used with readout that rely on fluorescence‐based and other labelled techniques for analysis of various cellular processes. Superhydrophobic–hydrophilic droplet microarrays and MALDI-MS have recently emerged as key methods used for miniaturised high‐throughput cell assays and for label‐free molecular high‐content drug profiling, respectively.

The team say that miniaturisation of array spots down to 0.5mm confining 40nl droplets allowed for MALDI imaging analysis of as few as 10 cells per spot. Partial automation of the process ensured a fast sample preparation workflow.

The researchers say that taken together, the integrated DMA-MSI platform that combines MALDI‐MSI, as a label‐free analytical readout, with the miniaturised droplet microarray platform is a valuable complement to high throughput cell‐based assays technologies.

“This approach enables highly miniaturised, cell‐based, high‐throughput assays combined with both optical and sensitive label‐free MSI readouts on a chip. The DMA-MSI platform reveals new opportunities to monitor pharmacodynamics in live cells, which is crucial for drug discovery and precision medicine,” the authors of the study write in their paper.

The results of the study were published in Advanced Biology.