SARS-CoV-2 diverts building blocks from glucose production to the assembly of purine bases, researchers have found. 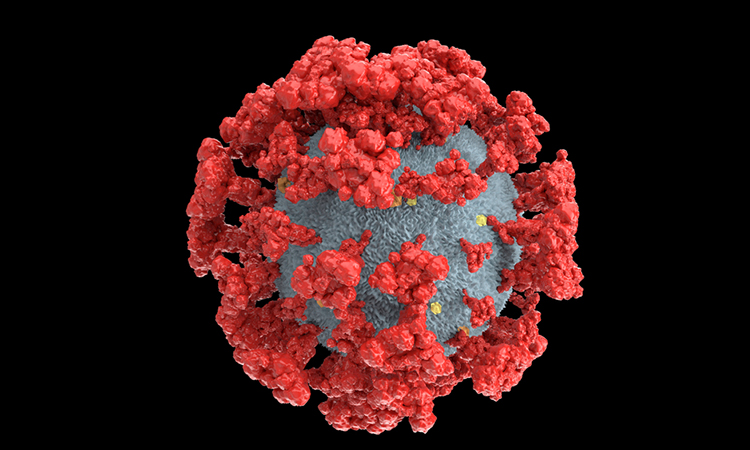 Researchers studying cultured cells shortly after infecting them with SARS-CoV-2 have gained insight into the metabolic pathways co-opted by the coronavirus. The research was conducted at Brigham and Women’s Hospital, Massachusetts General Hospital (MGH) and the Broad Institute, all US.

According to the scientists, when SARS-CoV-2, the virus that causes COVID-19, infects a human cell, it replicates by seizing the cell’s existing metabolic machinery. The infected cells produce thousands of viral genomes and proteins while halting the production of their own resources.

The team say their findings highlight the potential therapeutic benefit of drugs such as methotrexate, which inhibit folate and one-carbon metabolic pathways appropriated by the virus.

“One of the things we are lacking in this pandemic is a pill that can be taken orally, as a prophylactic agent, before someone is hospitalised or even before they are infected,” said corresponding author Dr Benjamin Gewurz. “Monoclonal antibodies (mAbs) have a lot of promise but need to be given intravenously. Blocking the metabolism pathways that viruses rely on to replicate could be a new strategy for treating patients at an early timepoint.”

To identify which metabolic pathways to target, the researchers obtained samples of the virus and cultivated them. They then applied mass spectrometry approaches to identify the resources being consumed and produced by healthy cells and infected cells. They studied the infected cells at eight hours after infection, when the virus began manufacturing its RNA and proteins, but had not yet exerted a serious effect on host cell growth and survival.

By analysing the amino acids and thousands of chemical metabolites produced by the cells, the researchers observed that infected cells had depleted stores of glucose and folate. They demonstrated that SARS-CoV-2 diverts building blocks from glucose production to the assembly of purine bases, which are necessary for creating large amounts of viral RNA. Additionally, they found that the 1-carbon pathway used to metabolise folate was hyperactive, supplying the virus with more carbon groups for making bases for DNA and RNA.

Drugs that inhibit folate metabolism, like methotrexate, are often used to treat autoimmune conditions like arthritis and could be therapeutic candidates for COVID-19, the researchers say. Methotrexate is currently being assessed as a treatment for the inflammation that accompanies more advanced COVID-19 infections, but the team suggest that it could also be beneficial early on. Their study revealed it could offer a synergistic effect when administered with the antiviral drug remdesivir.

Methotrexate’s immune-suppressing properties could make its proper administration as a prophylactic challenging, however. Researchers would need to determine how to maximise the drug’s antiviral effects without significantly compromising a patient’s natural immune response.

“We are hoping that, ultimately, we can find a way of preventing viruses from using cells’ metabolism pathways to replicate themselves because that could limit the ability of viruses to evolve resistance,” Gewurz said. “We are starting to see new viral variants and we are hoping that we can stay ahead of that – treating patients before the virus has the chance to make copies of itself that could become resistant to antibodies.”