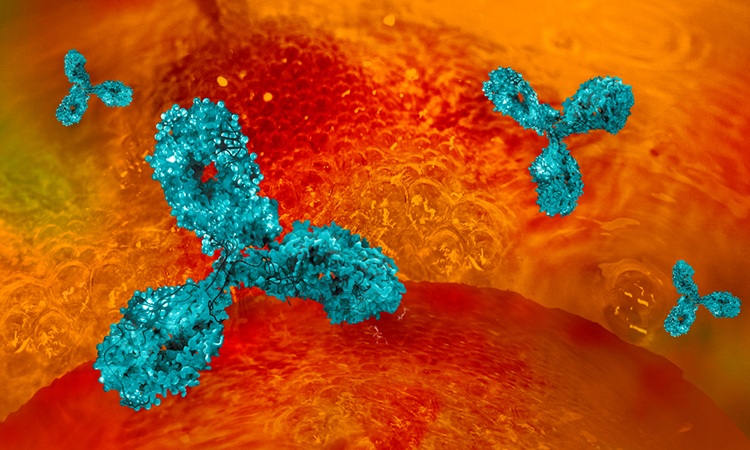 Scientists have shown that the antibodies produced by SARS-CoV-2 infection are polyfunctional. These findings are based on epidemiological field studies and the FrenchCOVID hospital cohort co-ordinated by Inserm, teams from the Institut Pasteur, the Centre national de la recherche scientifique (CNRS) and the Vaccine Research Institute (VRI), all France.

The researchers found that in individuals with asymptomatic or symptomatic SARS-CoV-2 infection, the induced polyfunctional antibodies are not only able to conduct neutralisation, but also activate natural killer (NK) cells or the complement system, leading to the destruction of infected cells.

The teams initially developed new assays to measure the various antibody functions. They produced assays to study cell death induced by NK cells or by complement in the presence of antibodies. By analysing cultures in real time using video microscopy, the scientists showed that NK cells kill infected cells in the presence of antibodies, demonstrating new antiviral activity employed by SARS-CoV-2 antibodies.

The scientists then examined the serum of patients with symptomatic or asymptomatic forms of COVID-19 with their new assays. They also used methods such as the S-Flow assay, to detect SARS-CoV-2 anti-Spike antibodies and the S-Fuse assay, to measure the neutralisation capacity of these antibodies.

The team found that antibody levels are slightly lower in asymptomatic as opposed to symptomatic individuals, these findings show that infection induces antibodies capable of killing infected cells regardless of the severity of the disease.

According to the researchers, antibodies are capable of both neutralising the virus and activating “non-neutralising” functions. The latter include antibody-dependent cellular cytotoxicity (ADCC) and complement activation, which are major components of the immune response and play a key role in the efficacy of some vaccines. ADCC is a two-stage process in which infected cells are first recognised by antibodies, then destroyed by NK cells. The complement system consists of a series of plasma proteins that also enable the elimination of cells targeted by antibodies. The ability of antibodies to activate these non-neutralising functions has been little described for SARS-CoV-2 infection so far.

“This study demonstrated that individuals infected with SARS-CoV-2 have antibodies that are capable of attacking the virus in different ways, by preventing it from entering cells (neutralisation) or by activating NK cells to kill infected cells (via ADCC). We therefore use the term polyfunctional antibodies,” explained Timothée Bruel, co-last author of the study and a scientist in the Institut Pasteur and at the VRI.

“The study reveals new mechanisms of action of SARS-CoV-2 antibodies and suggests that the protection induced by an asymptomatic infection is very close to that observed after a symptomatic infection,” concluded Olivier Schwartz, co-last author of the study, a scientist in the Institut Pasteur and at the VRI.

The research was published in Cell Reports Medicine.