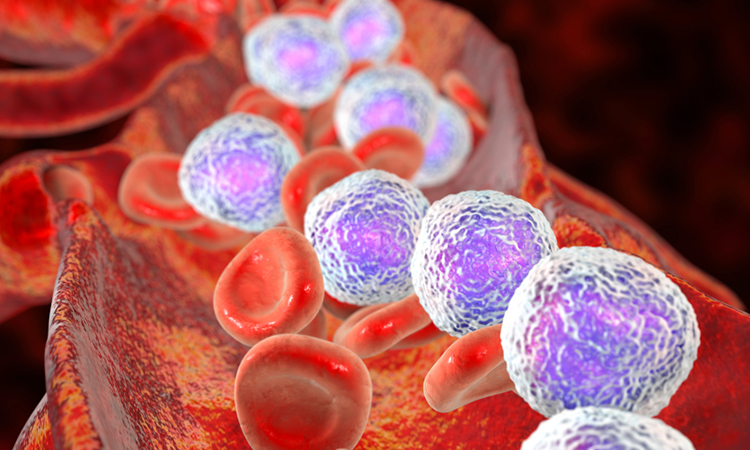 Scientists have made a promising step towards developing a new drug for treating acute myeloid leukaemia. The team, from the University of Cambridge, UK, developed an approach to cancer treatment that targets enzymes which play a key role in translating DNA into proteins and which could lead to a novel class of cancer drugs.

According to the researchers, the METTL3 enzyme plays a key role in the development and maintenance of acute myeloid leukaemia. The enzyme becomes over-expressed in certain cell types, leading to the disease.

In the new study, the researchers identified a drug-like molecule, STM2457, that can inhibit the action of METTL3.

“Proteins are essential for our bodies to function and are produced by a process that involves translating our DNA into RNA using enzymes. Sometimes, this process can go awry with potentially devastating consequences for human health. Until now, no one has targeted this essential process as a way of fighting cancer. This is the beginning of a new era for cancer therapeutics,” said Professor Tony Kouzarides, lead researcher.

To investigate the anti-leukaemic potential of STM2457, the researchers tested the drug on cell lines derived from patients with acute myeloid leukaemia and found that the drug significantly reduced the growth and proliferation of these cells. It also induced cell apoptosis, killing off the cancerous cells.

The researchers transplanted cells from patients with acute myeloid leukaemia into immunocompromised mice to model the disease. When they treated the mice with STM2457, they found that it impaired the proliferation and expansion of the transplanted cells and significantly prolonged the lifespan of the mice. It reduced the number of leukaemic cells in the mouse bone marrow and spleen, while showing no toxic side effects, including no effect on body weight.

“This is a brand-new field of research for cancer and the first drug-like molecule of its type to be developed. Its success at killing leukaemia cells and prolonging the lifespans of our mice is very promising and we hope to begin clinical trials to test successor molecules in patients as early as next year,” said Dr Konstantinos Tzelepis from the University of Cambridge and Wellcome Sanger Institute. “We also believe that this approach – of targeting these enzymes – could be used to treat a wide range of cancers, potentially offering us a new weapon in our arsenal against these terrible diseases.”