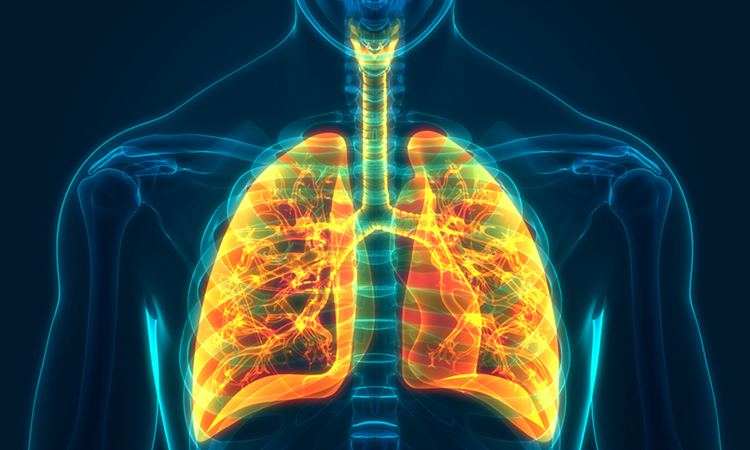 A team of scientists have screened a library of 4,500 compounds to discover a lead compound that could be used to treat pulmonary arterial hypertension (PAH) in premature newborns and children born with heart defects. The study was conducted at Stanford University and Cincinnati Children’s, both US.

According to the researchers, PAH occurs when blood vessels in the lungs develop excessive resistance to blood flow. This forces the heart’s right ventricle to work harder, causing it to enlarge, thicken and further elevate blood pressure. While early treatment usually succeeds, the condition can become persistent and progressive, which can lead to heart failure and death.

“In this study, we screened a library of 4,500 compounds at different stages of clinical development in eight different doses. Of the six compounds that improved cell survival, we identified the tyrosine kinase inhibitor AG1296 as the lead compound for further investigation,” said Dr Mingxia Gu, lead author of the study.

The team say that this compound has been available for research for several years but has not been approved for medical use. Its potential value as a PAH treatment emerged only after testing an entire library of compounds using several lines of induced pluripotent stem cells (iPSCs) grown to reflect the genetic signatures of actual patients with the condition. 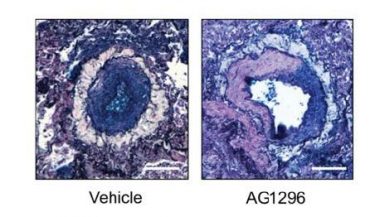 “This is the first time for using iPSCs to screen for compounds for PAH, but people have been using similar strategies to screen for new therapy for other conditions,” Gu said. “Overall, using patient-specific iPSCs for developing precision medicine is a new and promising field.”

The researchers found that AG1296 outperformed several other TKI inhibitors on a series of gene expression, cell signalling and mechanistic measures. Most importantly, the compound reversed key biomarkers of the disease in human cells and improved vascular function in animal models.

The team say the next steps are to continue pre-clinical tests on AG1296, which will likely require a year or more of preparation and safety evaluations before going to clinical trials.