Researchers have shown that a protein named aquaporin can disrupt optical development, leading to cataract formation. 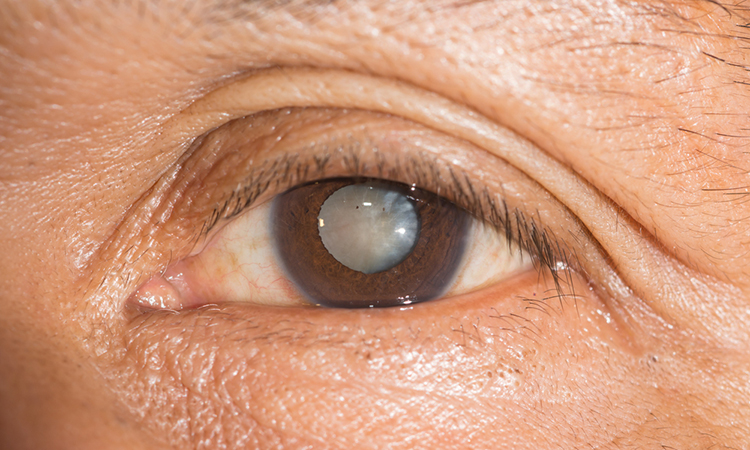 A team of international scientists has shown that the sophisticated optics of the lens develops much earlier in gestation than has previously been thought possible. They also found how a particular protein named aquaporin, responsible for water passage in the lens, disrupts optical development, leading to cataract formation. According to the team, led by scientists at Anglia Ruskin University (ARU), UK, these findings could potentially change the way that cataracts are treated – with potential for drug therapy to replace surgery.

The researchers explain that a cataract is a clouding of the eye lens that develops over time and affects the quality of vision. It is caused by an accumulation of aquaporin in the lens that reduces the transmission of light to the retina. A significantly developed cataract can only currently be treated by a surgical procedure to remove the cloudy lens and insert an artificial replacement.

In their study, the researchers spent more than a decade conducting the most precise measurements on optics of the lens at SPring-8, the world’s largest and most powerful synchrotron, in Japan. The synchrotron is a particle accelerator that produces powerful X-rays by accelerating electrons to the speed of light, allowing measurements to be taken with the highest accuracy yet on optical properties of the eye. This led them to the discovery that aquaporin accumulation leads to cataract formation.

Professor Barbara Pierscionek, lead researcher from the study, said: “Cataracts are one of the main causes of vision loss and blindness worldwide, yet for many people surgery is inaccessible for various reasons. Our findings indicate the role of the aquaporin proteins and the crucial importance of this for the lens to work correctly and the eye to see clearly. Further research in this area is planned, but this discovery, together with our research on nanotechnologies that indicate drug therapy for cataract is possible, could potentially revolutionise the way cataract is treated, opening up the field for drug-based therapy rather than surgery. This would have exciting implications for public health.”

The study was published in Investigative Ophthalmology & Visual Science.