This article outlines three innovative studies that use nanotechnology to deliver a new immunotherapy approach towards cancers. 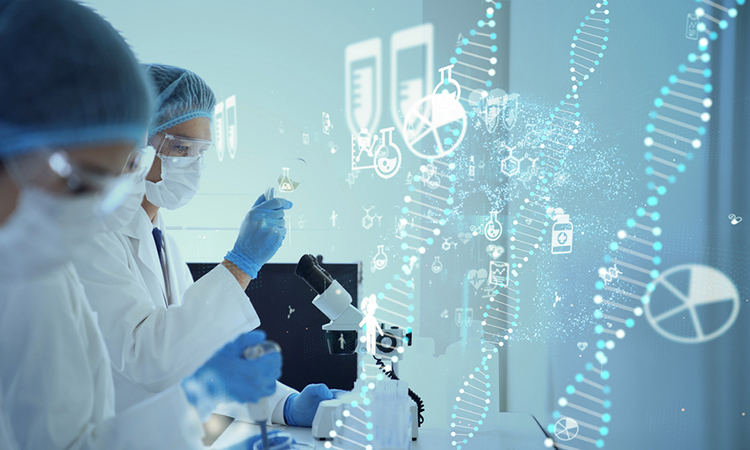 The following studies are some of the most encouraging developments in the field.

Researchers from the University of Pittsburgh, US, recently designed cancer-fighting nanoparticles that co-deliver a chemotherapy drug and a novel immunotherapy.

The scientists developed a new immunotherapy approach that silences a gene involved in immunosuppression. When combined with an existing chemotherapy drug and packaged into tiny nanoparticles, the therapy shrunk tumours in mouse models of colon and pancreatic cancer.

The dual-action nanoparticles dramatically reduced the migration of immunosuppressing PS to the cell surface compared to nanoparticles containing the chemodrug FuOXP alone.

This immunotherapy process, published in Nature Nanotechnology,1 involved a lipid called phosphatidylserine (PS), which is usually found inside the tumour cell membrane’s inner layer but migrates to the cell surface in response to chemotherapy drugs. On the surface, PS acts as an immunosuppressant, protecting remaining cancer cells from the immune system.

The Pitt researchers found that treatment with chemotherapy drugs fluorouracil and oxoplatin (FuOXP) led to increased levels of Xkr8, a protein that controls distribution of PS on the cell membrane. This finding suggested that blocking Xkr8 would prevent cancer cells from shunting PS to the cell surface, allowing immune cells to eliminate cancer cells that lingered after chemotherapy.

The team designed snippets of genetic code called short interference RNA (siRNA), which shuts down production of Xkr8. After packaging siRNA and FuOXP together into dual-action nanoparticles, the next step was targeting them to tumours.

Nanoparticles are typically too large to cross intact blood vessels in healthy tissue, but they can reach cancer cells because tumours sometimes have poorly developed vessels with holes that allow them passage. But this tumour-targeting approach is limited because many human tumours do not have large enough holes for nanoparticles to pass through.

The surface of the nanoparticles was decorated with chondroitin sulphate and PEG. These compounds help the nanoparticles target tumours and avoid healthy tissue by binding to cell receptors and prolonging the length of time they remain in the bloodstream.

When injected into mice, about 10 percent of the nanoparticles made their way to their tumour- a significant improvement over most other nanocarrier platforms. The dual-action nanoparticles dramatically reduced the migration of immunosuppressing PS to the cell surface compared to nanoparticles containing the chemodrug FuOXP alone.

The mice treated with nanoparticles containing both FuOXP and siRNA had better tumour microenvironments with more cancer-fighting T cells and fewer immunosuppressive regulatory T cells than animals that received placebo or FuOXP doses.

As a result, mice that received the siRNA-FuOXP nanoparticles showed a dramatic decrease in tumour size compared to animals that received those carrying just one therapy.

The study also showed the potential of combining the FuOXP-siRNA nanoparticles with another type of immunotherapy called checkpoint inhibitors. Immune checkpoints such as PD-1 act like brakes on the immune system, but checkpoint inhibitors work to release the brakes and help immune cells to fight cancer.

The researchers found that FuOXP nanoparticles with or without siRNA increased PD-1 expression. But when they added a PD-1 inhibitor drug, the combination therapy had drastic improvements in tumour growth and survival in mice.

“There are two innovative aspects of our study: the discovery of a new therapeutic target and a new nanocarrier that is very effective in selective delivery of immunotherapy and chemotherapeutic drugs,” said senior author Dr Song Li, professor of pharmaceutical sciences in the Pitt School of Pharmacy and UPMC Hillman Cancer Centre investigator. “I am excited about this research because it is highly translational. We do not know yet whether our approach works in patients, but our findings suggest that there is a lot of potential.”

Researchers at the University of Texas MD Anderson Cancer Centre, US, that developed a nanotechnology platform that can change the way the immune system sees solid tumour cells, making them more receptive to immunotherapy.

“If we are able to translate and validate this approach in the clinic, it may enable us to get closer to the maximum level of activity from immunotherapy drugs with cancers that have not traditionally responded well.”

The pre-clinical study utilised nanoparticles to attach immune-activating molecules to cancer cells, where the findings suggest this adaptable immune conversion approach has the potential for broad application across many cancer types.

The study, published in Nature Nanotechnology,2 details the use of this platform to artificially attach an activation molecule to the surface of tumour cells, triggering an immune response in both in vivo and in vitro models.

“With this new platform, we now have a strategy to convert a solid tumour, at least immunologically, to resemble a haematological tumour, which often has a much higher response rate to immunotherapy treatments,” said Dr Wen Jiang, co-lead from the study. “If we are able to translate and validate this approach in the clinic, it may enable us to get closer to the maximum level of activity from immunotherapy drugs with cancers that have not traditionally responded well.”

According to the researchers, the signalling lymphocytic activation molecule family member 7 (SLAMF7) receptor is critical in activating the body’s immune cells against cancer cells, acting as an “eat me” signal. However, it is found almost exclusively on the surface of blood cancer cells and not in solid tumour cells, making it an attractive target for the researchers’ immune conversion approach.

To promote the expression of SLAMF7 on solid tumour cells, the researchers developed their bispecific tumour-transforming nanoconjugate (BiTN) platform. These nano-systems are designed with one molecule to bind to the surface of targeted tumour cells and a second molecule to activate an immune response.

In this study, the researchers used BiTN with SLAMF7 and a HER2-recognising antibody to target HER2-positive breast cancer cells. In laboratory models, the nanoconjugate successfully attached SLAMF7 to the breast cancer cells, resulting in phagocytosis, or ingestion, by immune cells. The approach also sensitised the breast cancer cells to treatment with an anti-CD47 antibody, which blocks the “do not eat me” signal from tumour cells to further increase responses in solid tumours.

After BiTN particles (red), which include the “eat me” signal (teal), are attached to the cancer cell, the immune cell recognises the cell to ingest it.

According to the authors, one of the most exciting things about this platform is its broad potential applications. The approach would not be specific to one cancer type or one regulatory molecule, but it has the potential to be a universal strategy for several different solid tumour types. As a proof-of-concept, the authors also developed BiTN with folate instead of the anti-HER2-antibody to target triple-negative breast cancer with similar results.

“Because these are engineered constructs, this can be used as a plug-and-play approach to incorporate different tumour-targeting agents or immune molecules onto the surface of the nanoparticle,” said Dr Betty Kim, also co-lead from the study. “For patients with solid tumours that have not responded to immunotherapy, we see this as an added advantage to target the part of the tumour that did not respond.”

Another ground-breaking study from from São Paulo State University’s School of Pharmaceutical Sciences in Araraquara (FCFAr-UNESP), Brazil, tested a molecule that combines three distinct technologies against glioblastoma, the most aggressive type of brain cancer.

A drug carrier that can reach the brain, bind to glioblastoma multiforme, and release a chemotherapeutic agent has been tested for the first time by researchers.

The study, which was recently published in the International Journal of Pharmaceutics,3 showed that a combination of nanotechnology, chemotherapy and a monoclonal antibody could treat glioblastoma was effective in both isolated cells and animal models.

Glioblastoma is the most aggressive type of brain tumour. Even after surgery, radiation therapy and conventional chemotherapy, patient survival averages about 14 months. One of the reasons is angiogenesis, a process whereby the tumour quickly creates its own blood vessels to develop.

Another difficulty around this type of tumour is that the blood-brain barrier prevents drugs from reaching the tumour. To navigate around this issue, the researchers combined docetaxel, a powerful chemotherapy drug, with a nanostructured lipid carrier designed to cross the blood-brain barrier. The formulation was developed in such a way that the substances were combined in a stable manner.

The antibody developed against vascular endothelial growth factor (VEGF) and approved for other uses. The goal was to create a formulation capable of penetrating the brain and releasing a chemotherapy drug to destroy the tumour.

Having created the nanostructured lipid carrier with docetaxel and bevacizumab, the researchers set out to make sure it met certain basic criteria. Laboratory tests showed its size to be 128 nanometres, small enough to overcome the blood-brain barrier. In addition, docetaxel entrapment was 90 percent and bevacizumab coupling efficiency was 62 percent. 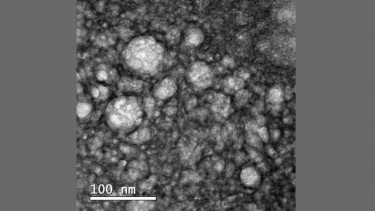 The next step was an assessment of the compound’s effects on two glioblastoma cell lines and healthy cells. The nanocarrier eliminated five times more cancer cells than docetaxel on its own without affecting healthy cells. It was particularly effective against U87MG, a glioblastoma cell that overexpresses VEGF, but less so against A172, which expresses relatively little VEGF.

The researchers also found that the potential medication was able to enter cancer cells and release docetaxel continuously for about 84 hours, suggesting prolonged availability of the chemotherapy drug in the organism.

“We need to conduct more studies using isolated cells and animals. If the results against glioblastoma multiforme remain good, we could try to find partners for clinical trials with human volunteers,” concluded Professor Marlus Chorili, a principal investigator of the study.

“We can use different combinations with other monoclonal antibodies and chemotherapy drugs against other types of cancer. Many more years will undoubtedly be required to complete this research.” 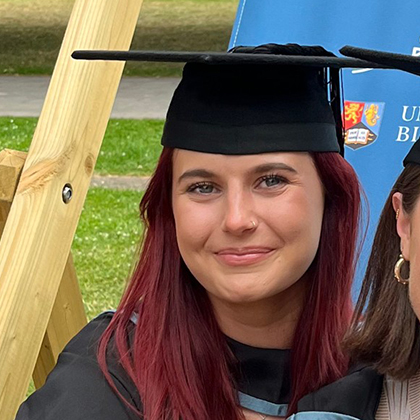 Can ketamine act as anantidepressant?