A collaboration between Elsevier and the FDA will present an algorithm for the accurate prediction of drug-induced liver injury. Drug Target Review investigates the benefits this toxicology project will bring to the drug discovery industry. 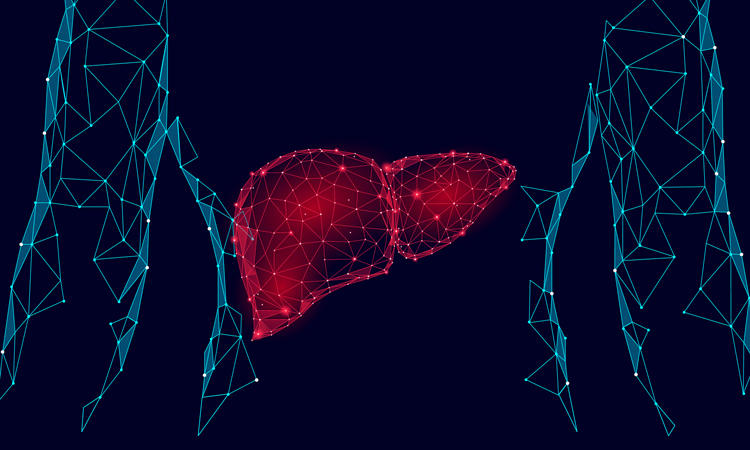 Ensuring that pharmaceutical candidates undergo toxicity analysis is a significant, and essential, stage of the drug development process. In November last year, Elsevier and the US National Center for Toxicological Research (NCTR) at the Food and Drug Administration (FDA) announced that they would be entering a Collaborative Research and Development Agreement (CRADA) to improve toxicology studies. This project aims to conduct research on drug-induced liver injury (DILI) to facilitate the development of a predictive algorithm, which the team believes holds much promise for advancing pre-clinical testing of novel drug compounds on the liver.

The impacts of DILI

DILI is a leading cause of attrition of compounds in drug development and one of the two most frequent causes for drug withdrawals and restrictions.1 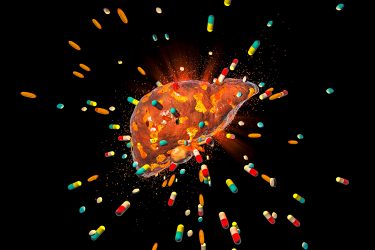 Cameron Ross, Managing Director, Life Sciences Solutions at Elsevier, explained that if it is not detected or managed properly, DILI can lead to harm or death, highlighting the need to implement effective processes that prevent toxic drugs from reaching patients.

A major problem for drug developers is the frequency of adverse hepatic reactions induced by new molecular entities (NMEs), mainly in oncology. Hepatotoxicity occurs in one-third of patients treated with a protein kinase inhibitor, with fatal outcomes reported for molecules such as pazopanib, sunitinib and regorafenib. Furthermore, 10 percent of patients treated with immune checkpoint inhibitors may experience liver injury with high rates of recurrent liver injury.1

An analysis of over 500 drug withdrawals showed that of the drugs withdrawn due to toxicity, 21 percent were attributed to hepatic toxicity. This makes it the leading cause of toxicity-related drug withdrawals.2 Another study demonstrated that DILI is one of the main reasons for regulatory actions involving investigational and approved medications, and a leading cause of acute liver failure in the US.3

DILI can be a costly hindrance to the drug development process and potentially devastating for patients; therefore, testing drug compounds for this effect early in the process is vital.

Ross emphasised that “mitigating DILI risk as early as possible in drug development will not only ensure better patient safety but will help pharmaceutical companies save time and costs associated with drug development, ultimately helping bring drugs to market faster.”

According to Ross, one concern in pharmaceutical development is that there is no standard to direct which algorithms should be used for early DILI risk assessment at the Investigation New Drug (IND) submission stage. This is particularly problematic given that current animal tests are not sufficiently predictive to identify potential clinical DILI risk.

In addition, because multiple factors can influence DILI, this serious side effect is often only observed during late-stage clinical trials or post market, reinforcing the need to detect liver injury at the earliest stage possible.

This is the reasoning behind the project: to develop an algorithm that can be trained on high-quality data coming from precedent drugs, either demonstrating DILI issues or not, to better predict the likelihood of DILI in the clinic during the first stages of drug development.

Workings of the algorithm

The CRADA project aims to be an independent or integrated tool to assess DILI in the pre-clinical phase of drug development. According to Ross, the algorithm will work using:

The algorithm will evaluate and distinguish drug candidates that have a greater or lesser potential to cause DILI in susceptible patients.

Current thinking, Ross said, is that this output may lead to the generation of a ‘DILI score’. Once many drugs have been tested, others can be placed within the context of hundreds of other drugs. Their score will then yield “critical insight” into how to interpret toxicity and DILI risk, enabling researchers to decide how toxic a compound is.

Advantages of the algorithm versus organoids

A benefit of the algorithm is that it could be utilised by the FDA when DILI issues arise at various stages of the regulatory review process. Ross said that as a regulatory-aligned method, it provides another way to assess DILI risk that may otherwise be missed in other toxicological tests.

Also, as the algorithm will employ a multifactorial approach, this should improve its prediction and synchronisation with FDA recommendations. 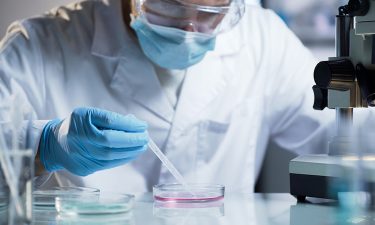 Although organoids and other toxicological tests are still critical for analysing DILI risk, Ross highlighted that it may be “difficult to readily compare results with the breadth of similar drugs due to time constraints or costs.”

Despite the project being in the early stages of development, Ross said he hopes that the algorithm will undergo rigorous testing so that any limitations that may arise can be overcome, enabling the researchers to produce a tool that meets industry and regulatory standards.

Ross said that the vision of the project from Elsevier’s viewpoint is to continue working with the FDA and potentially other partners in the future.

He said that if an “ecosystem of tools” can be developed, these could work together to address DILI risk early in drug development.

The benefits of Elsevier and the FDA working together include:

Ross emphasised that this project “strengthens the relationship between Elsevier and the FDA and helps to develop a path forward for future projects that will address key issues in the industry.”

He hopes that this will reduce the problems associated with R&D costs and low success rates as the predictive toxicology space becomes a growing area of interest.

The CRADA project between Elsevier and the FDA will allow researchers to ascertain the probability of DILI using an algorithm, saving time and money during the drug development process. This should prevent toxic drugs from reaching patients and resulting in harmful side effects.

Ross suggested that the “very powerful” sources of information provided by Elsevier and the FDA will serve to strengthen the project and further improve drug liver toxicity research in the future.