Could the gut microbiome be the key to new antidepressant therapies?

Drug Target Review explores research that suggests the microbiome could be a therapeutic target for major depressive disorder and what treatment options are now in the pipeline as a result of this association. 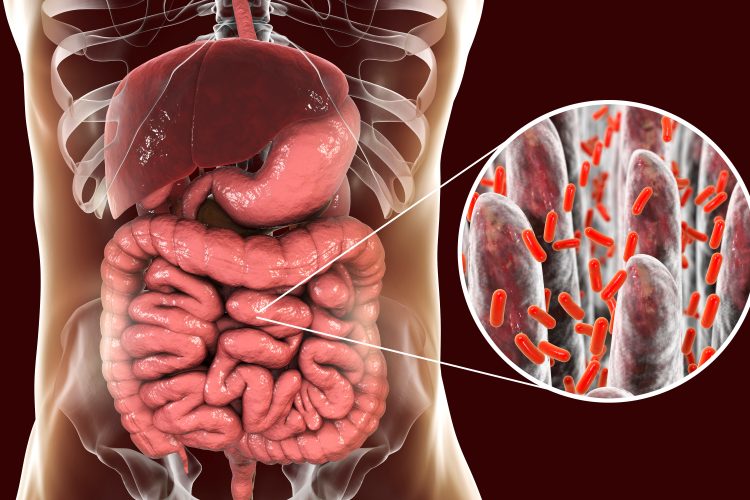 In the last decade, researchers have increasingly focused on the gut microbiome and its role in diseases; unsurprising, given the adult gut microbiome has more genes than its human host and generally spans 60 genera. It has also been discovered that the gut contains the largest number of neurons in the body, outside of the brain.

In recent years it was discovered that the gut-brain axis may be bidirectional, facilitating communication between the brain and the gut microbiome and vice versa. Since this development, a growing body of literature has implicated the gut microbiome in shaping a variety of psychiatric disorders, including major depressive disorder (MDD).

The microbiome of MDD patients

A recent review, published in the Harvard Review of Psychiatry,1 discussed several differences between the bacterial content of healthy and depressive individuals’ guts. 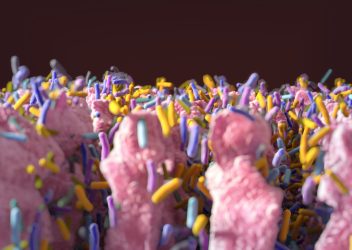 Although most studies report or identify the same geneses in the guts of humans, they report conflicting findings about their levels. A general trend is that Bacteroides and Blautia are often overrepresented in MDD patients while Bifidobacterium, Faecalibacterium and Dialister are underrepresented.2 For example, the alpha diversity of bacteria – the number of species localised to one area – is lowered in the gut of MDD patients and the bacteria that are present are generally associated with inflammation, including Bacteroidetes. Those that appear to be absent are associated with a decrease in inflammation, like Firmicutes. Of note, a pro-inflammatory microbiome is deemed to be in a state of dysbiosis, or unbalance; however, research suggests that dysbiosis is personal to each individual.

One study, which analysed faecal transplants in animal models,3 found that faecal microbiome transplantation (FMT) from depressed humans caused increased inflammation, anxiety behaviours and anhedonia-like (pleasure-less) behaviour in both mice and rats when compared to those receiving FMT from healthy humans.

This suggests that anti-inflammatories and drugs targeting pro-inflammatory bacteria could be potential targets for depression treatment, and that FMT could be a possible therapeutic option for MDD patients.

Inflammation, the microbiome and MDD 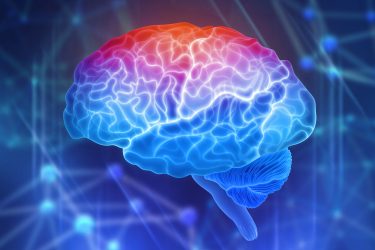 The Cytokine Hypothesis of depression states that elevated levels of cytokines and a pro-inflammatory, sickness-like state may enable circulating cytokines to cross the blood brain barrier, resulting in neuroinflammation and depressive symptoms.4 Peripheral cytokines can also act on the IL-1 receptors of microglia and astrocytes to cause production of proinflammatory molecules in the central nervous system.

Increased levels of proinflammatory cytokines, including IL-1, IL-6, IL-12, TNF-α and prostaglandin E2 (PGE2) have been observed in patients with depression. These are also known to trigger activity in the hypothalamic‐pituitary‐adrenal (HPA) axis and the catecholamine/sympathetic nervous system both associated with depression. 4

But, how is the microbiome involved in inflammation?

The primary source of innervation in the gut is the vagal nerve, but recent discoveries suggest that this nerve fibre is 90 percent afferent, ie, primarily allows the gut to signal to the brain.5 The gut microbiome has been shown to modulate mental health, as an absence of microbiota has been shown to result in extreme responses to stress.1 Researchers therefore suggest it is likely a dysbiotic microbiome can also have a modulatory effect.

Some scientists propose a ‘microbiota-gut-inflammasome-brain axis’ as the link between the microbiome, neuroinflammation and MDD symptoms. This hypothesis states that dysbiosis in the microbiome results in a stress signal that increases NLRP3 signalling, causing activation of IL1‐ and TNF‐mediated pathways. Research has shown that the pro-inflammatory signalling resulting from these pathways activates the HPA axis, exacerbating anxiety and depression.6

Researchers are not certain if the microbiome is the cause of depressive symptoms, but they believe that it promotes and exacerbates them.

Antidepressants and the microbiome

Many subclasses of antipsychotic and antidepressant drugs have an antibacterial effect. Interestingly, the first two clinically used antidepressants isoniazid and iproniazid were first classified and marketed as antibiotics.

The review concluded that all antipsychotics have a distinctive effect on bacteria, suggesting that their antimicrobial action may not be a side effect, but rather an aspect of their mode of action.1

Some antidepressants, including the selective serotonin reuptake inhibitors (SSRI), also cause a similar effect on the gut microbiome. Sertraline, fluoxetine and paroxetine all act as antimicrobials, particularly against Gram-positive bacteria,8 which cause inflammation due to their cell surface proteins, particularly peptidoglycans, which trigger the release of pro-inflammatory cytokines.9

The review also states that some antibiotics have antidepressant effects, so could be used in combination with traditional antidepressant therapies to provide more effective therapeutics with fewer side effects or lower doses.

Using the microbiome to treat MDD

…probiotics were correlated with reduced anxiety, lowered levels of noradrenaline in the brain and lower stress levels, indicated by less free cortisol in urine”

According to the review, supplementing the gut microbiome with pre- and probiotics could be a method to improve depressive symptoms; psychobiotics are a new class of drug specifically designed to improve mental health by delivering probiotics to the host microbiome, acting as microbial interventions.

Bifidobacteria and Lactobacilli are the most common probiotics found in these drugs10 because they are Gram-positive and therefore do not possess pro-inflammatory lipopolysaccharide chains. Furthermore, their propagation in the gut does not trigger full-fledged immunological reactions, making them ideal for use.

The supposed effect of psychobiotics is that the immune system learns to distinguish between pro- and anti-inflammatory entities and develops appropriate immunogenic responses. The study showed that in both animal and human studies, these probiotics were correlated with reduced anxiety, lowered levels of noradrenaline in the brain and lower stress levels, indicated by less free cortisol in urine.

The review also suggests a further treatment option could be the co-administration of pre- and probiotics to promote MDD improvement.

The discovery that FMT from depressive patients could transfer depressive mood, resulted in a wide range of further study in this area. The review suggests that FMT may also be a method for transferring a healthy microbiome.

An altered microbial composition, including reduced microbial diversity, could therefore be corrected by repopulating the patients gut with a healthy person’s microbiome. The efficacy of this is yet to be proved.

While there is evidence that the microbiome can directly influence the brain, promoting symptoms of depression, further research is required to deduce whether its precise role as a contributing factor. Despite this, microbial interventions and anti-inflammatories have both shown antidepressant effects, whether in isolation or in conjunction with approved antidepressants and offer a possible therapeutic option for patients with MDD.