A collaborative team of researchers has discovered two molecules that target the melatonin receptor, responsible for regulating the circadian rhythm. This article delves into their study and its therapeutic relevance for the body clock. 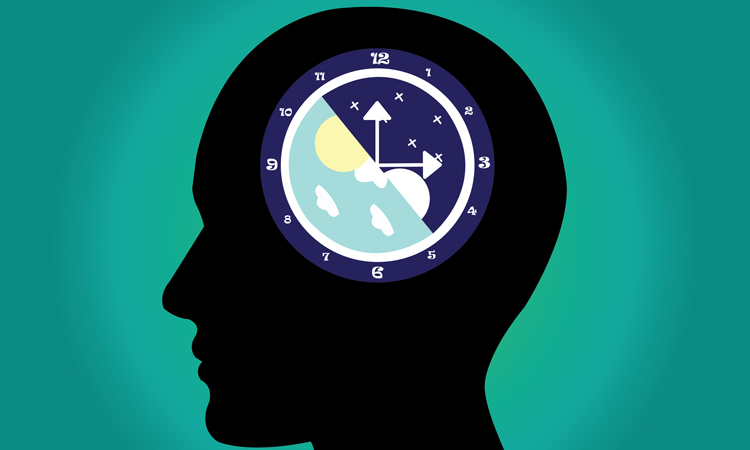 A range of chronic disorders can result from circadian rhythm malfunction, from insomnia and depression to obesity, diabetes and bipolar disorder. A critical piece of the body clock puzzle is the hormone melatonin, which the brain produces in the evening to facilitate falling asleep and fine-tune functional adjustments. Disruptions to melatonin production is associated with depression, blindness, seasonal affective disorder (SAD) and sleep disorders as well as difficulties experienced as a result of jet lag and shift work.

In order to target this process, a team of US researchers from the University of California San Francisco (UCSF), the University of North Carolina at Chapel Hill (UNC) and the University at Buffalo (UB), conducted a study and discovered molecules that can modulate circadian rhythms, as published in Nature.

According to the scientists, their findings will facilitate the development of therapies that can either mimic or counteract the actions of melatonin.

Screening for the molecules

By searching a vast and novel computational library, the researchers aimed to identify molecules that bind with high selectivity to the MT1 melatonin receptor, located in the hypothalamus at the base of the brain.

According to the researchers, the availability of the UCSF vast virtual library was a critical aspect of the research. Dr Margarita Dubocovich, SUNY Distinguished Professor in the Department of Pharmacology and Toxicology in the Jacobs School of Medicine and Biomedical Sciences at UB, described it as a “gold mine” of millions of molecules with distinct shapes, many of which have never been synthesised or seen in nature and all of them available for mining and ‘docking’ into the pocket of the targeted receptor. 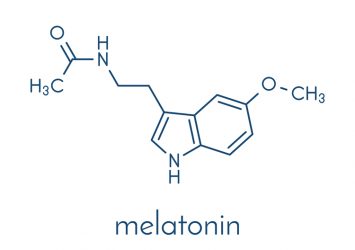 Work published last spring helped with the current study, as it produced the first crystal structure of the MT1 receptor, providing the team with a ‘template’ to fit new melatonin molecules into the receptor pocket.

The researchers discovered ligands that were unrelated to any known melatonin receptor ligands using a simulation of three-dimensional (3D) binding, called computational docking, of more than 150 million diverse ‘make-on-demand’ molecules.

Two of these molecules, UCSF 7447 and UCSF 3384, which did not exist before this test, were found. These attached to human and mouse MT1 melatonin receptors with high strength and selectivity and generated cellular responses opposite to that of melatonin.

“For us, it was at first exciting to see the novelty of the new ligands that emerged from fitting members of an ultra-large chemical library into the receptor structure,” said Dr Brian Shoichet, professor in the Department of Pharmaceutical Chemistry at UCSF. “That is what one always hopes for in a structure-based programme – finding new chemistries not imaginable from knowing the endogenous ligand (here, melatonin).”

“Ever since we demonstrated that melatonin’s effect of resetting biological clocks in vivo circadian models occurs through actions at the MT1 receptors, we have focused through various collaborations on searching for ligands that would better fit the human melatonin receptor,” Dubocovich said. “Our hope has always been to find selective MT1-type molecules, either one that works to modulate circadian rhythms responses as with melatonin or its opposite as with the molecules discovered in this study.”

The researchers also found that the cellular responses seen in vitro translated directly to in vivo function, slowing down adjustment to a new environmental light/dark period in the mouse model of jet lag, with one unexpected finding demonstrating that they mimic melatonin to modulate rhythms in the absence of light cues.

When the body is exposed to an abrupt change in the light/dark cycle, there is not enough time for the biological clock to adjust”

The team say they found it especially interesting that the molecules produced two respectively distinct and opposite mouse circadian responses that are dependent on clock time and the environmental light conditions that the animals experience.

“This could be potentially useful to entrain rhythms to the 24-hour day in populations removed from natural light/dark exposure, including the blind as well as some shift workers, submarine workers or those working in extreme environments, such as polar explorers,” Dubocovich said.

“This discovery allows us to now focus on the development of unique new molecules to generate a response that will help bring sleep patterns and other biological rhythms in line with environmental light and dark cycles, providing the sense of well-being that is only experienced when such rhythms are in sync,” she continued.

When the body is exposed to an abrupt change in the light/dark cycle, there is not enough time for the biological clock to adjust.

“Giving these new molecules at the appropriate clock time under a light/dark cycle would allow us to decelerate our ability to adjust to the new environment, potentially providing a treatment for certain types of jet lag and more importantly, addressing other conditions affected by circadian rhythm disruptions, such as shift work, sleep disorders and depression,” Dubocovich said. 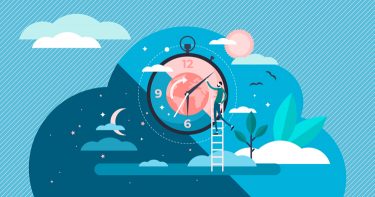 The researchers say this finding reinforces the increased interest in chronopharmacology, the premise of which is that pharmaceuticals given at the time when a patient’s biological clock is ready to receive them – given conditions of a precise time of day and environmental lighting – will produce a more effective outcome.

“What made this doubly exciting was to see the new chemistries lead to new signalling and to unexpected animal pharmacology,” said Shoichet.

The next step for the researchers will be to identify the molecular and signalling pathways that translate the response exerted by these molecules from the time they interact with the receptors in the biological clock to the ultimate circadian behaviour expressed in a mouse or human.