Drug Target Review rounds up some of the latest news in COVID-19 vaccine candidate R&D. 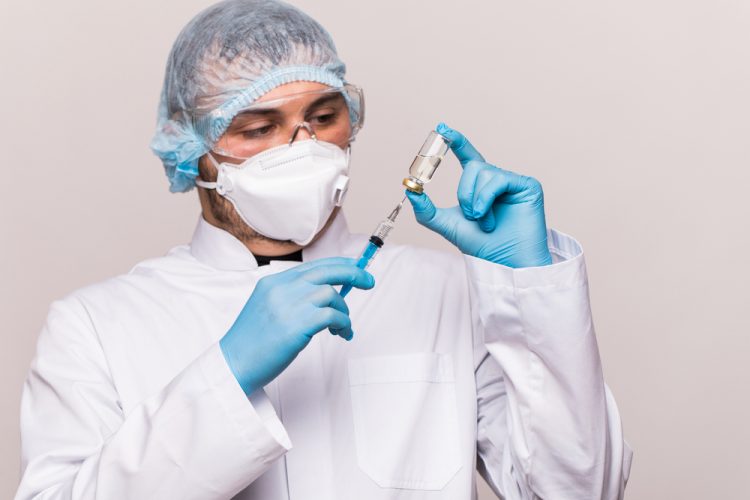 The scientists behind the Johnson & Johnson COVID-19 vaccine candidate have released the pre-clinical research on their prophylactic. Developed in collaboration with researchers at the Beth Israel Deaconess Medical Center (BIDMC), the candidate raised neutralising antibodies and robustly protected non-human primates against SARS-CoV-2.

The vaccine uses a common cold virus, called adenovirus serotype 26 (Ad26), to deliver the SARS-CoV-2 Spike (S) protein into host cells, where it stimulates the body to raise immune responses against the novel coronavirus. The group developed a series of vaccine candidates designed to express different variants of the SARS-CoV-2 S protein, which is the major target for neutralising antibodies.

The researchers conducted their study in 52 non-human primates, immunising 32 adult rhesus macaques with a single dose of one of seven different versions of the Ad26-based vaccine and giving 20 animals placebo vaccines. They found that all vaccinated animals developed neutralising antibodies following immunisation. 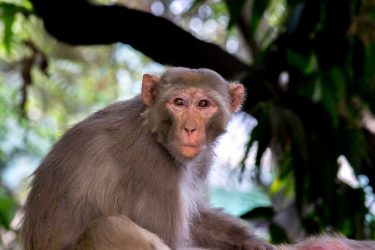 Six weeks after the immunisation, all animals were exposed to SARS-CoV-2. The 20 animals that received the placebo vaccine became infected and showed high levels of virus in their lungs and nasal swabs. Of the six animals that received the optimal vaccine candidate, Ad26.COV2.S, none showed viral infection in their lungs and only one animal showed low levels of virus in nasal swabs. Furthermore, neutralising antibody responses correlated with protection, suggesting that this biomarker will be useful in the clinical development of COVID-19 vaccines for use in humans.

“A single-shot immunisation has practical and logistical advantages over a two-shot regimen for global deployment and pandemic control, but a two-shot vaccine will likely be more immunogenic and thus both regimens are being evaluated in clinical trials. We look forward to the results of the clinical trials that will determine the safety and immunogenicity and ultimately the efficacy, of the Ad26.COV2.S vaccine in humans,” said lead researcher Dr Dan Barouch from BIDMC.

Another group of researchers have demonstrated that two doses of their experimental COVID-19 vaccine induced robust immune responses and rapidly controlled the novel coronavirus in the upper and lower airways of rhesus macaques exposed to SARS-CoV-2. 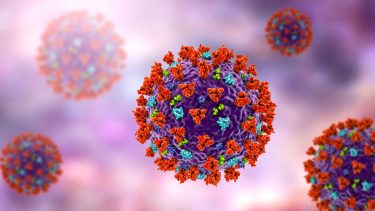 The candidate vaccine, mRNA-1273, was co-developed by scientists at the US National Institute of Allergy and Infectious Diseases (NIAID) Vaccine Research Center and at Moderna. In this study, three groups of eight rhesus macaques received two injections, spaced 28 days apart, of 10μg or 100μg of mRNA-1273 or a placebo. The vaccinated macaques produced high levels of neutralising antibodies directed at the surface S protein used by SARS-CoV-2 to attach to and enter cells. Notably, say the investigators, animals receiving the 10μg or 100μg dose vaccine candidate produced neutralising antibodies in the blood at levels well above those found in people who recovered from COVID-19.

Four weeks after the second injection, all the macaques were exposed to SARS-CoV-2 via both the nose and the lungs. After two days, no replicating virus was detectable in the lungs of seven out of eight of the macaques in both vaccinated groups, while all eight placebo-injected animals continued to have replicating virus in the lung. None of the eight macaques vaccinated with 100μg of mRNA-1273 had detectable virus in their noses two days after virus exposure.

The researchers explain that a COVID-19 vaccine that reduces viral replication in the lungs would limit disease in the individual, while reducing shedding in the upper airway would potentially lessen transmission of SARS-CoV-2 and consequently reduce the spread of disease.

The results were published in New England Journal of Medicine.

A third experimental mRNA-based vaccine against SARS-CoV-2 has elicited a protective immune response in mice and non-human primates. Two injections of the vaccine were sufficient to induce robust immunity, completely preventing SARS-CoV-2 infection in mice. The vaccine was developed by researchers at the Beijing Institute of Microbiology and Epidemiology.

The team developed a vaccine consisting of mRNA that encodes the receptor-binding domain (RBD) of the S protein, which is located on the surface of SARS-CoV-2. The vaccine, named ARCoV, is encapsulated in lipid nanoparticles, which can improve delivery into tissues. 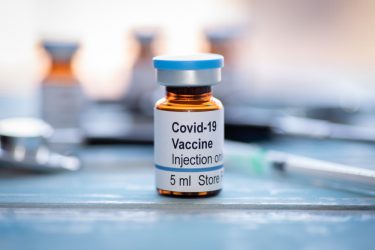 The researchers highlight that targeting the RBD rather than the entire S protein may represent a safer option for COVID-19 vaccines, potentially triggering the production of fewer non-neutralising antibodies. These could enhance viral entry into cells and viral replication through antibody-dependent enhancement of infection. ARCoV was injected into the muscle tissue of 16 mice and a booster shot was provided two weeks later. The vaccine induced the production of high levels of neutralising antibodies. These antibodies were cross-reactive, offering broad protection against three different strains of SARS-CoV-2. In addition, the vaccine increased the number of T cells in the spleen.

Mice that received two doses of ARCoV and were exposed to SARS-CoV-2 35 days later showed no signs of viral RNA in the lungs or trachea and no lung damage or inflammation. Results from 20 cynomolgus monkeys showed that two ARCoV doses induced a virus-specific T-cell response and the production of neutralising antibodies at levels that far exceed those seen in most recovered COVID-19 patients. Moreover, the researchers found that none of the vaccinated animals experienced adverse effects.

To assess the thermal stability of ARCoV, the researchers stored the vaccine at various temperatures for one, four or seven days, then injected it into mice and visualised its tissue distribution. The results showed that the vaccine was effectively delivered to tissues, achieving the same high level of expression after being stored at room temperature for one week, without any signs of decreased activity.