How do general anaesthetics cause loss of consciousness?

Inhaled general anaesthetics have been used for over 100 years and continue to be used daily for surgeries around the world. But how do they induce changes to consciousness? This article explores the research that suggests the anaesthetics chloroform and isoflurane disrupt the organisation of lipid rafts within cellular membranes to cause downstream loss of consciousness. 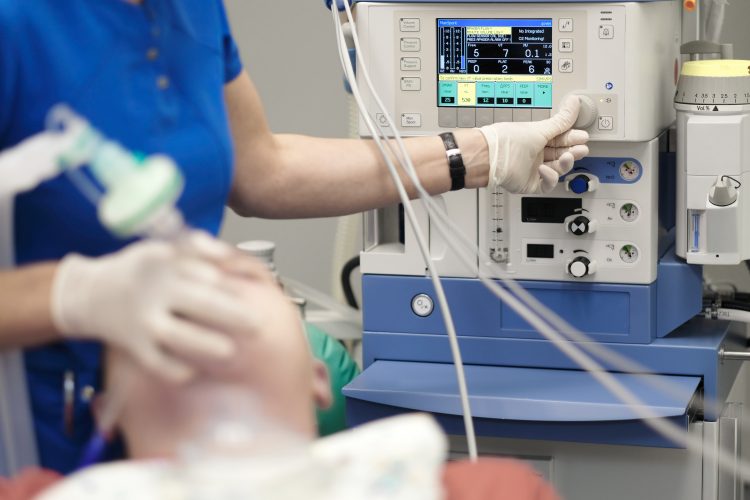 The first record of inhaled general anaesthetics being used in surgery occurred in 1846 when William Morton used diethyl ether to anaesthetise a patient.1 Since then, the use of inhaled anaesthetics has become widespread, with thousands of surgeries now using them every day. However, despite speculation that they somehow impacted cellular membranes to activate TWIK-related potassium (TREK) channels and reversibly induce loss of consciousness, the precise mechanism through which this chemically diverse group of hydrophobic molecules acts has been unknown.

It has been reported that lipophilicity – the ability of a drug to distribute or dissolve into fats – is a major indicator of potency for general anaesthetics. This property is known as the Meyer-Overton correlation2 and has led researchers to investigate whether general anaesthetics may perturb the organisation of lipid rafts within cellular membranes to cause a patient to become unconscious. 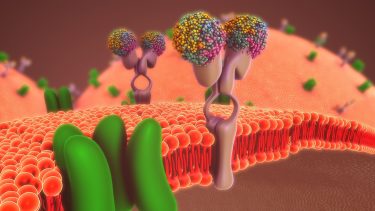 Lipid rafts are a region of ordered fats within the cellular membrane, in which certain proteins, receptors or channels may be isolated. To establish whether general anaesthetics could disrupt these organised regions, or their associations with other components in the cell membrane, researchers from The Scripps Research Institute in the US studied the effect of chloroform and isoflurane on monosialotetrahexosylganglioside1 (GM1) lipid rafts.3 GM1 is a well characterised type of lipid raft, composed of cholesterol and saturated fats such as sphingomyelin.

Pavel et al. hypothesised that anaesthetics could indirectly activate TREK-1 potassium channels by disrupting GM1 rafts. The disruption would activate the phospholipase D2 (PLD2) enzyme localised to GM1 rafts and allow it to colocalise to rafts containing phosphatidylinositol 4,5-bisphosphate (PIP2). The resultant interaction between PLD2 and PIP2 would facilitate the production of phosphatidic acid (PA), which could then activate TREK-1 potassium channels, causing the channels to release potassium. The result would be hyperpolarised neurons that have limited ability to fire and thus a loss of consciousness.

In previous work, they had demonstrated that PLD2 activates TREK-1 by binding to a disordered loop in the channel’s C terminus. To test if the anaesthetic sensitivity of TREK-1 is through PLD2, they blocked the enzyme’s catalytic activity and observed the effect.

The team overexpressed a mutant TREK-1 channel (K758R PLD2 mutant [xPLD2]) which expresses a PLD2 enzyme that is catalytically inactive and so cannot produce PA. When treated with chloroform, these xPLD2 TREK-1 channels did not open, nor was there any detectable current as a result of administering the chloroform anaesthetic, even at high concentrations. This led the researchers to conclude that aesthetics activate TREK-1 channels in cultured cells almost entirely through a PLD2-dependent process.

Moreover, the researchers demonstrated that PLD2 localisation and the production of PA could render an anaesthetic-insensitive homologue to the TREK-1 channel (TWIK-related arachidonic acid-stimulated K+ [TRAAK] channel) sensitive to chloroform. The authors also suggest that direct binding of the anaesthetic to the transmembrane domain of channels alone is insufficient to reversibly induce unconsciousness. They found that PA production was required for this sensitivity in both modified TRAAK and endogenous TREK-1 channels. 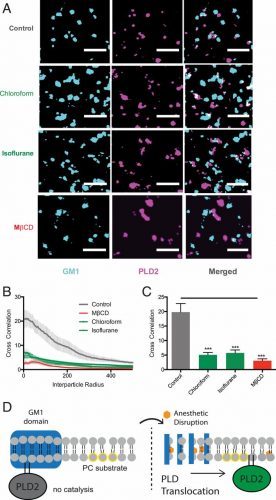 They further confirmed their hypothesis that disrupting PLD2 localisation leads to TREK-1 activation using dSTORM to monitor the translocation of fluorescently-tagged PLD2 away from GM1 lipid rafts. In N2A cells (which naturally express both PLD2 and TREK-1 channels), administration of chloroform or isoflurane caused PLD2 to translocate from GM1 rafts. Interestingly, the team observed that the disruption caused by inhaled anaesthetics was similar to when cholesterol had been removed from the rafts; they concluded as a result, that anaesthetics inhibit the ability of cholesterol to localise PLD2 to GM1 rafts.

In whole brain studies of chloroform-treated fruit flies, the authors identified that PLD2-mediated modulation of PA production shifted the anaesthetic threshold in animals. In more recent studies, PA has emerged as a signalling lipid that can regulate ion channels and thus modulate neuronal excitability and pain signalling in vivo. From these findings, the team concluded that PLD2 signalling (and therefore inhaled anaesthetics) contribute to the central regulation of neuronal excitability.

They also explained that the mechanism of action they propose for inhaled anaesthetics “relies on a non-uniform (heterogeneous) distribution of lipids in the membrane” and that decreasing the longevity of GM1 rafts is likely to shift the equilibrium of PLD2 distribution, such that PLD2 interacts more with PIP2.

The three major findings of the study were:

Overall, the researchers suggest that the mechanism of action for inhaled anaesthetics chloroform and isoflurane is to activate TREK-1 channels indirectly by disrupting PLD2 localisation to GM1 lipid rafts. The translocalisation of PLD2 to rafts containing PIP2 and the resultant increase in production of the signalling lipid PA creates a local concentration of PA within neurons sufficient to activate TREK-1 channels to release potassium. As a result, neurons become hyperpolarised, are unable to fire and this causes the temporary loss of consciousness associated with anaesthetics.