Researchers from Massachusetts General Hospital have studied several thousand circulating proteins within the plasma proteome of symptomatic COVID-19 patients and acutely ill non-COVID-19 controls. Nikki Withers discussed their findings and implications of the study with one of the lead authors, Dr Mike Filbin. 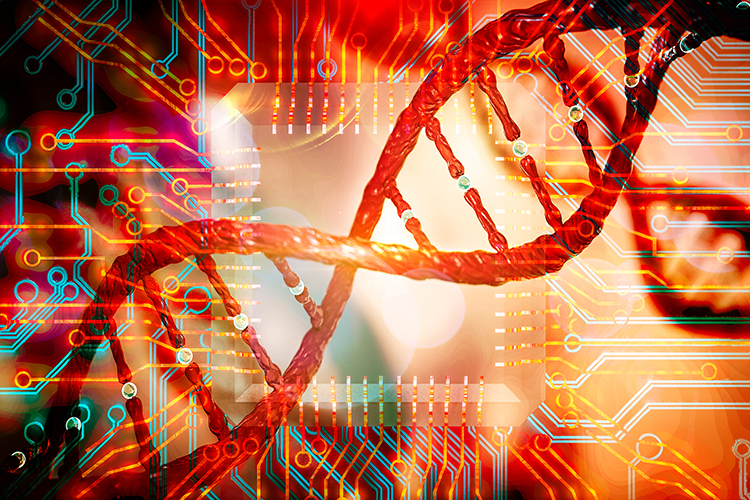 AS OF OCTOBER 2020, Severe Acute Respiratory Syndrome Coronavirus-2 (SARS-CoV-2) has caused 34 million cases of COVID-19 and over one million deaths worldwide. Extraordinary global research efforts are being made in the lab and clinic, which have been aided by initiatives such as diverted funding, accelerated publication channels, increased collaboration and open sharing of data.

In an attempt to accelerate research into the pandemic, Harvard University, the Massachusetts Institute of Technology (MIT) and Stanford University set up the COVID-19 Technology Access Framework to pool resources and ensure that research findings and data could be shared rapidly and openly to inform the public health response.

Within this framework, researchers from Massachusetts General Hospital (MGH) in Boston were able to carry out one of the largest longitudinal COVID-19 studies to date, to gain insight into the mechanisms underlying immune responses and disease severity in infected patients.1 “We enrolled almost 400 patients; 306 of which were COVID-19 positive,” explained Dr Mike Filbin, Emergency Physician and Director of Clinical Research in the Department of Emergency Medicine at MGH, an associated member of the Broad Institute of MIT and Harvard and lead author of the study. “From the literature we have seen so far, I think this is the largest singular cohort with such extensive analysis attached to it.”

The team analysed the plasma proteomes of patients who presented to the hospital’s Emergency Department with acute respiratory distress suspected or known to be due to COVID-19. Of these, 306 patients were subsequently confirmed to have COVID-19 infection. Analysis showed that COVID-19 patients had dramatically different plasma proteomic profiles than the COVID-19-negative controls who exhibited respiratory distress, as well as between those with mild and severe forms of the disease. For example, COVID-19-positive patients displayed higher expression of viral response and interferon pathway proteins, including DDX58 (RIG-I), type II (IFNγ) and type III (IFNλ1) interferons, CCL7, CXCL10 and CXCL11.

To infer immune cell subtype origins of key proteins, the researchers mapped the differential protein expression in COVID-19-infected patients to single-cell RNA sequencing (scRNAseq) profiles from peripheral blood mononuclear cells (PBMCs) of infected patients. “We found that the majority of expression in the circulating cells seemed to be coming from myeloid cells and plasmablasts, particularly monocytes and neutrophils,” said Filbin. “There was a smaller group of protein expression that seemed to be coming from CD8-positive T cells and NK cells, reflecting a cytotoxic response.”

Next, the researchers identified over 257 proteins independently associated with COVID-19 severity at day zero and over 700 proteins at day three and seven. “Day zero differential proteins were enriched for pathways involved in CD4+ and CD8+ T cell memory responses, which was not a surprise, and IFNα and IL6 signalling in monocytes, among others,” said Filbin.

The leading cause of death in COVID-19 infection is acute respiratory distress syndrome (ARDS) and to gain insight into the pathways contributing to death in patients with ARDS, the researchers compared patients who died (42 patients) to those who received mechanical ventilation yet survived (67 patients).

At day seven, 24 plasma proteins were significantly differentially expressed between the two groups. Among those elevated in patients that died, were previously reported proinflammatory proteins (IL6, IL8 and CXCL10) and several novel markers (CCL2, CCL7, CCL8, CCL20, AREG, IL1RL1, FLT1 and IL24). “Importantly, [these] plasma proteins at day zero were strongly predictive of disease severity,” the researchers stated. These findings may help identify pathways associated with severity that are amenable to existing or new therapeutics. Furthermore, they could be incorporated into diagnostics that stratify high-risk patients for tailored therapies or earlier intervention.

Filbin was particularly interested in the proteins that were differentially expressed in very sick patients that survived. He noted that there were a lot of pancreas proteases and protease inhibitors, which he thought strange. “We looked into this and it seems that this group of proteins has some kind of anti-inflammatory activity, suggesting that survival from COVID-19 ARDS is associated with decreased pro-inflammatory and increased anti‑inflammatory responses over time.”

To understand the effect of COVID-19 on host tissues, Filbin’s team leveraged gene expression data from GTEX to derive organ-specific cellular death signatures. “We wanted to see if there was a signature in the plasma that might represent cell death,” he said. By applying the resulting unbiased set of intracellular proteins to severity‑associated proteins in plasma proteomes, the researchers demonstrated that severe patients had early signals of heart, lung and skeletal muscle tissue damage.

When the researchers compared their lung intracellular cell death signatures to single-cell bronchoalveolar lavage (BAL) data, they found that the severity-associated proteome is significantly associated with cell type-specific angiotensin-converting enzyme 2 (ACE2) gene expression. “This peripheral signature likely reflects lung epithelial cell death as a result of direct viral infection,” said Filbin. “In contrast, when we looked at heart single cell data, the cells expressing our proteins did not express ACE2.”

Lastly, the team looked at interactions of circulating ligands with receptors within cells in BAL fluid from COVID-19-infected patients. “We found a dramatic increase in the interactions of ligands and receptors between day zero and day three. This was occurring particularly in lung epithelial cells, T cells, monocytes and mast cells. Most dramatic were changes in mast cells, driven by their interactions with other mast cells, CD4+ and CD8+ T-cell subsets and epithelial progenitors.”

Filbin noted they were particularly interested in these changes in mast cells. “It could potentially tie into IL-18 signalling pathways that can stimulate mast cells and a pro-inflammatory response that may be playing a role in local tissue damage,” he said. “IL-18 also induces inflammasome activation, so we are interested in that pathway and the potential for IL-18 inhibition as a therapeutic.”

Writing in their paper, the researchers concluded: “This work lays the foundation for understanding how the plasma proteome can be leveraged to gain insights into underlying disease pathways and potential therapeutic targets, and to develop diagnostics that can be used to stratify high-risk patients as candidates for tailored therapies and earlier interventions.”

Dr Mike Filbin is an Emergency Physician and Director of Clinical Research in the Emergency Department at Massachusetts General Hospital (MGH) in Boston and an associated member of the Broad Institute of MIT and Harvard. His research involves early detection and management of septic shock. Over the past decade, Mike has been a key investigator in National Institutes of Health-funded multicentre clinical trials, led sepsis quality improvement efforts and investigated early sepsis detection strategies. He also cochairs the Sepsis Early Detection Think Tank at MGH. Mike received a bachelor’s degree in aeronautics and aerospace engineering from the University of Washington in Seattle. He embarked on a career in engineering at the National Aeronautics & Space Administration (NASA) in Houston, Texas before attending medical school at Baylor College of Medicine in Houston. He completed a residency in emergency medicine at the combined Harvard- Affiliated Emergency Medicine Residency programme and received a Master’s in clinical epidemiology from the Harvard School of Public Health in Boston.