Recognition of phosphohistidine-containing peptides by antibodies

In this article, Dr Rajasree Kalagiri explains research into the use of monoclonal antibodies for the differential recognition of phosphohistidine-containing peptides. 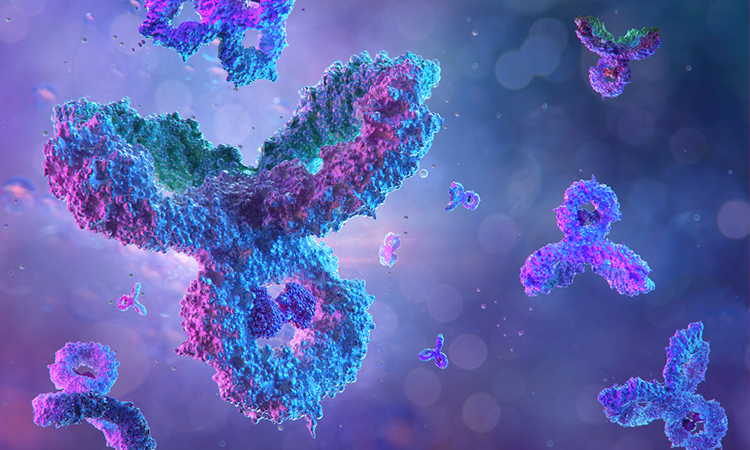 In a paper published in PNAS, Dr Rajasree Kalagiri and other researchers report the crystal structures of five monoclonal antibodies (mAbs) bound to their cognate phosphotriazolylalanine peptides. In this Q&A, she explains the significance of this work.

Can you briefly explain what phosphohistidine (pHis)-specific monoclonal antibodies (mAbs) are used for?

With the recent development of antibodies and other techniques, it is now possible to study pHis modification”

Currently, pHis-specific mAbs are only being used as experimental tools and not therapeutically. They are used to ascertain the phosphohistidine levels in cells and tissues and also identify pHis modification in candidate proteins. Already several published studies have indicated that deregulated phosphohistidine levels are observed in a number of cancer types, including hepatocellular carcinoma, neuroblastoma, breast cancer, etc. However, we have yet to identify the mechanisms which couple phosphohistidine modification to various cancers.

In your study, how did you develop your series of mAbs to recognise pHis?

The development of the first pHis mAbs was reported in 2015 by our group. pHis exists in two isoforms, 1- and 3-phosphohistidine and the phosphate linkage in both isoforms is unstable, with the phosphate being lost under acidic conditions and upon heating. In consequence, to generate the mAbs, we used stable analogues of 1-pHis and 3-pHis, 1- and 3-phosphoryltriazolylalanine (pTza), incorporated into the middle of peptides surrounded by random alanine/glycine residues and these degenerate libraries were then used to immunise rabbits. After a series of screenings, we obtained seven mAbs which successfully recognised not only pHis but also distinguished the two isoforms and did not recognise other phosphoamino acid modifications, such as phosphotyrosine.

What did X-ray crystallography reveal about these antibodies?

To obtain co-crystal structures of the pHis mAbs bound to a pHis peptide, we used peptides corresponding to known sequences of physiological pHis sites, with the pHis being replaced with the analogue, pTza. These structures provide a rationale for the properties exhibited by the antibodies, such as phosphate binding, 1/3-pHis isomer differentiation, sequence dependency and lack of recognition of other phosphoamino acid modifications. The mode of phosphate recognition by these antibodies recapitulate those used by enzymes and other phosphoamino acid-specific antibodies. The specific hydrogen bond interactions reveal that the 1-pHs and 3-pHis mAbs exhibit distinct binding patterns for the pHis ring. The steric exclusion and spatial constraints in the complementarity determining regions of the antibody variable regions guide the peptide binding in sequence independent/dependent manner. The X-ray crystallography studies were complemented by biophysical experiments to compare the binding strengths of pTza analogue and the native pHis modification.

How will your findings enable scientists to redesign the shape and structure of antibody binding sites? 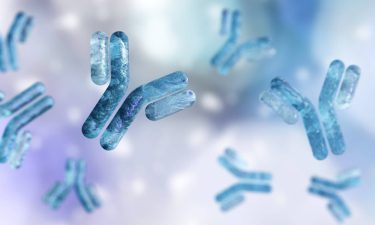 The pHis antibodies are micromolar to nanomolar binders, whereas many mAbs bind their target protein sequence with sub-nanomolar affinity.  Therefore, we have an opportunity to improve the affinity of the pHis mAbs.  Proteins which undergo pHis modification do not have consensus motif around the pHis residue and it may be difficult to achieve a better affinity with sequence-independent antibodies that can recognise many different the pHis sequences. So making these antibodies’ sequence dependent to certain pHis candidate proteins is a way to move forward. The molecular details of the epitope-paratope binding in the structures provide guidelines for antibody engineering to achieve these goals. Guided by the co-crystal structures, we plan to use directed evolution and mutate only selected residues while not changing other key residues. By subtly modifying pHis peptide recognition mode we hope to be able to redesign the pHis antibodies to suit a wide array of pHis substrates.

Can your findings be applied to a range of other antibodies?

There are at least five amino acids, besides histidine, which undergo phosphorylation but are labile under normal experimental conditions. The present study provides a conceptual basis for development of phosphospecific antibodies for these other phosphoamino acids by analogous use of stable analogues. Though the phospho-modifications of serine, threonine and tyrosine are very well studied, only a handful of their antibodies have been structurally characterised. These antibody structures along with those of the pHis mAbs provide structural principles for phosphate recognition that can be extended to other phosphoamino acid modifications. These isomer specific antibodies can be models for develop antibodies against other types of post-translational modifications. In addition, the lessons learnt from the molecular details of the sequence independence property of the pHis antibodies can also be utilised for developing antibodies against a wide range of peptides and proteins.

Though the pHis modification was discovered in 1960s, the dearth of suitable tools and techniques to conserve and study the labile signal stymied the field. With the recent development of antibodies and other techniques, it is now possible to study pHis modification. With these new tools at hand, there is a pressing need to revisit the phosphoproteome to see how many proteins undergo pHis modification, how this modification affects the molecular function of the proteins and whether there any role for pHis in eukaryotic signal transduction, as is the case in prokaryotes. Finally, in the future, the pHis mAbs could be used diagnostically to detect elevated levels of pHis in cancer.

Dr Rajasree Kalagiri is a postdoctoral researcher in the lab of Professor Tony Hunter at the Salk Institute. She is involved in the structural characterisation and antibody engineering of pHis antibodies developed in the Hunter lab. Her broader interest lies in understanding the role of the elusive pHis modification in eukaryotic biology. She received her doctorate in macromolecular crystallography and structural biology from the Indian Institute of Science, Bangalore, in 2015.

Professor Tony Hunter is an American Cancer Society Professor and Renato Dulbecco Chair at the Salk Institute. He studies the regulation of cell growth and how mutations in genes that regulate growth lead to cancer. In 1979, he discovered that tyrosines in proteins can be phosphorylated, laying the groundwork for studying how tyrosine kinases act as molecular “switches” to signal cells to grow, but when unregulated can cause human cancer.