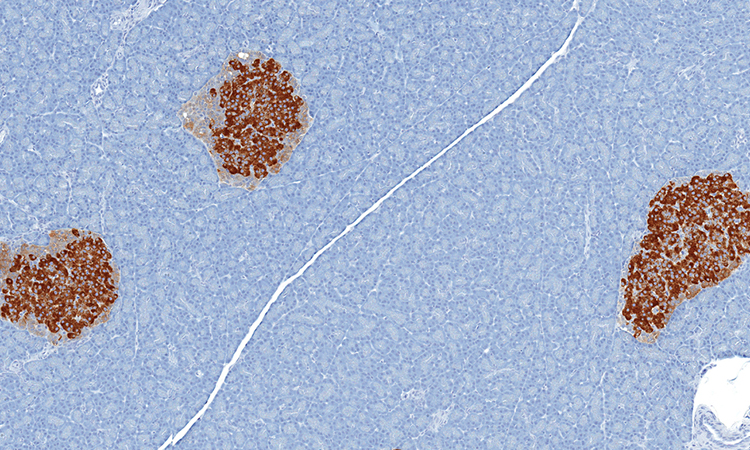 A team of researchers at Northwestern University, US, has discovered a technique that could help make immunomodulation of transplanted pancreatic islets more effective in patients with type 1 diabetes. According to the researchers, the method uses nanocarriers to re-engineer the commonly used immunosuppressant rapamycin. Using these rapamycin-loaded nanocarriers, the team generated a new form of immunosuppression capable of targeting specific cells related to the transplant without suppressing wider immune responses.

Rapamycin is well-studied and commonly used to suppress immune responses during other types of treatment and transplants, notable for its wide range of effects on many cell types throughout the body. Typically delivered orally, rapamycin’s dosage must be carefully monitored to prevent toxic effects. Yet, at lower doses it has poor effectiveness in cases such as islet transplantation.

“To avoid the broad effects of rapamycin during treatment, the drug is typically given at low dosages and via specific routes of administration, mainly orally,” said Associate Professor Evan Scott, co-lead researchers on the study. “But in the case of a transplant, you have to give enough rapamycin to systemically suppress T cells, which can have significant side effects like hair loss, mouth sores and an overall weakened immune system.”

Following a transplant, T cells will reject newly introduced foreign cells and tissues. Immunosuppressants are used to inhibit this effect but can also impact the body’s ability to fight other infections by shutting down T cells across the body. However, the team formulated the nanocarrier and drug mixture to have a more specific effect. Instead of directly modulating T cells, the nanoparticle would be designed to target and modify antigen presenting cells (APCs) that allow for more targeted, controlled immunosuppression.

Using nanoparticles also enabled the team to deliver rapamycin through a subcutaneous injection, which they discovered uses a different metabolic pathway to avoid extensive drug loss that occurs in the liver following oral administration. This route of administration requires significantly less rapamycin to be effective – about half the standard dose.

“We wondered, can rapamycin be re-engineered to avoid non-specific suppression of T cells and instead stimulate a tolerogenic pathway by delivering the drug to different types of immune cells?” Scott said. “By changing the cell types that are targeted, we actually changed the way that immunosuppression was achieved.”

The team tested the hypothesis on mice, as outlined in their study published in Nature Nanotechnology. They introduced diabetes to the population before treating them with a combination of islet transplantation and rapamycin, delivered via the standard oral regimen and their nanocarrier formulation. Beginning the day before transplantation, mice were given injections of the altered drug and continued injections every three days for two weeks.

The team observed minimal side effects in the mice and found the diabetes was eradicated for the length of their 100-day trial; but the treatment should last the transplant’s lifespan. The team also demonstrated the population of mice treated with the nano-delivered drug had a “robust immune response” compared to mice given standard treatments of the drug.

“This approach can be applied to other transplanted tissues and organs, opening up new research areas and options for patients,” said Professor Guillermo Ameer, co-lead researcher. “We are now working on taking these very exciting results one step closer to clinical use.”

Scott has begun the process of patenting the method and collaborating with industrial partners to ultimately move it into the clinical trials stage.