An automated intracellular sensing system could provide an efficient approach to reveal the cellular characteristics of disease progression. 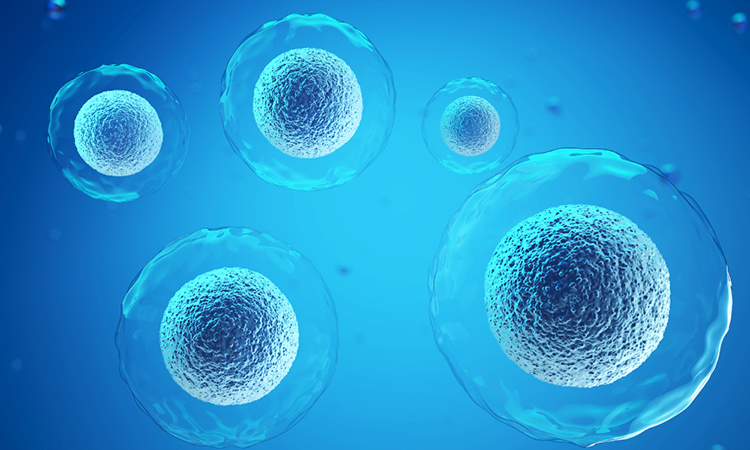 A research team from Southern University of Science and Technology, China has developed an automated intracellular sensing system, which they say provides a high-efficiency approach to reveal cellular intrinsic characteristics and heterogeneity for better investigation of disease progression or early disease diagnosis.

First, as outlined in the paper Cyborg and Bionic Systems, the nanopipette-based sensor with a tip diameter of around 100nm was designed, where a platinum ring on the nanopipette tip was used as a working electrode for the electrochemical sensing of reactive oxygen species (ROS). At the same time, the sensor was mounted on a high-precision micromanipulator with a motion resolution of 5nm and an inverted fluorescence microscope was used for visual feedback.

In addition, the team proposed a label-free cell detection algorithm, which can avoid the influence of fluorescent staining on cells and accurately locate the penetration sites for high-efficient intracellular measurement. The algorithm automatically moves the cells to a defocus plane to maximise the grayscale difference between the adherent cells and the background, thus simplifying cell detection and improving the cell recognition rate. 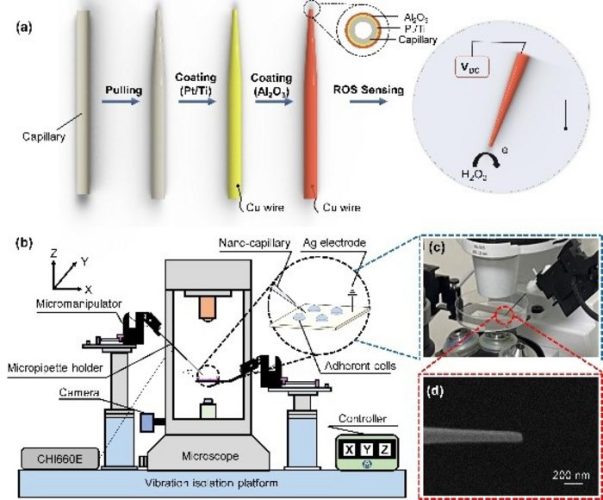 A non-overshoot nanopipette tip positioning was developed to avoid the tip damage caused by the tip colliding with the cell dish during autofocusing. Specifically, the normalised correlation coefficients during template matching at different z-axis positions were utilised as the focus measure to autofocus the nanopipette tip without overshooting and tip damage.

Furthermore, proximity detection based on ion current feedback was used to accurately determine the relative height between the nanopipette tip and the cell surface because of the highly varied thickness of the adherent cells. When the nanopipette tip approaches the cell, the tip will be gradually blocked by the cell and the ionic current through the tip opening will decrease. Therefore, the relative height between the tip and the cell can be accurately measured.

Finally, the cell penetration and electrochemical detection of ROS were evaluated by human breast cancer cells and zebrafish embryo cells and the variation of ROS signals indicated the system is capable of highly selective response to ROS and quantitatively measurement of intracellular ROS.

The team emphasise that this work provides a systematic approach for automated intracellular sensing for adherent cells, laying a solid foundation for high-throughput detection, diagnosis and classification of different forms of biochemical reactions within single cells. The proposed system will also have important applications in lineage tracing for developmental biology and high-resolution manipulation of organelles in living single cells for investigating the specific causes of diseases and the development of novel therapeutics.

Southern University of Science and Technology