A new study from the University of Pittsburgh and Carnegie Mellon University may solve the puzzle of how cells control their volume. 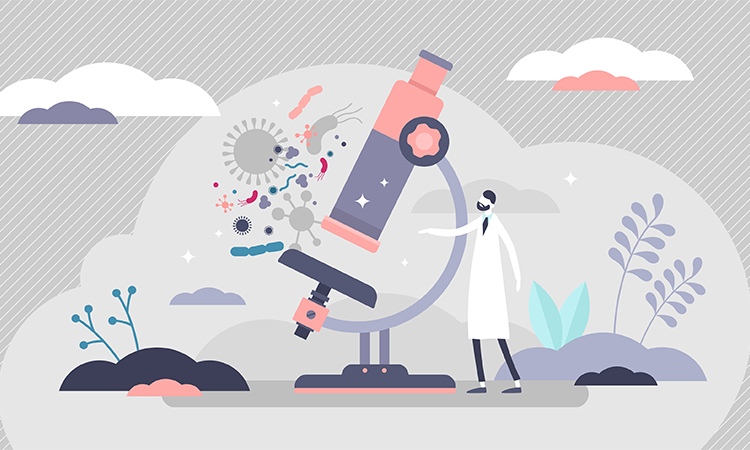 Biologists from the University of Pittsburgh and Carnegie Mellon University, both US, have recently published their study in Cell that looked into how cells control their volume.

“We were doing live fluorescence imaging experiments that were unrelated to this study and when we added a salt solution to the cells, the internal cytoplasmic material rapidly turned into a fluorescent lava lamp,” explained co-lead author Dr Daniel Shiwarski.

When cells are exposed to a sudden outside stressor, such as high levels of salt or sugar, their volume can decrease. In the early 1990s, scientists proposed that cells restore their volume by somehow monitoring their protein concentration. However, they did not know how the cell sensed overcrowding.

In the early 2000s, a type of enzyme called With-No-Lysine kinases (WNKs) were discovered. For years, scientists suspected that WNK kinases were reversing cell shrinkage, but how they did this was also a mystery.

The new research solves both puzzles, unveiling how WNK kinases activate the “switch” that returns cell volume to equilibrium through a process called phase separation.

“The inside of a cell contains cytosol and generally people think that this cytosol is diffuse, with all kinds of molecules floating around in a perfectly mixed solution,” said senior author Dr Arohan Subramanya. “But there has been this paradigm shift in our thinking of how cytosol works. It is really like an emulsion with a bunch of little, tiny protein clusters and droplets and then when a stress such as overcrowding happens, they come together into big droplets that you can often see with a microscope.”

Those liquid-like droplets were the “lava lamp” that the researchers were seeing when they initially experimented with adding a salt solution to the cells. They had fluorescently tagged the WNKs, which were diffused throughout the cytosol, causing the whole cell to glow. When salt was added, the WNKs came together, forming large neon green globules that oozed about the cell like the goo in a lava lamp.

The team characterised what they were seeing as phase separation, which is when WNKs condense into droplets along with the molecules that activate the cell’s salt transporters. This step allows the cell to import both ions and water, returning the cell’s volume to its original state within seconds.

Over the past six years, the team conducted multiple studies using stressors like the fluctuations that occur within the human body to show that phase separation of the WNKs is a functional response to crowding.

While the new discovery will not have immediate clinical applications, the team is excited to take what they have learned and explore the connections between WNKs, phase separation and human health. They hope their studies may lead to better understanding of how to prevent strokes, high blood pressure and potassium balance disorders.