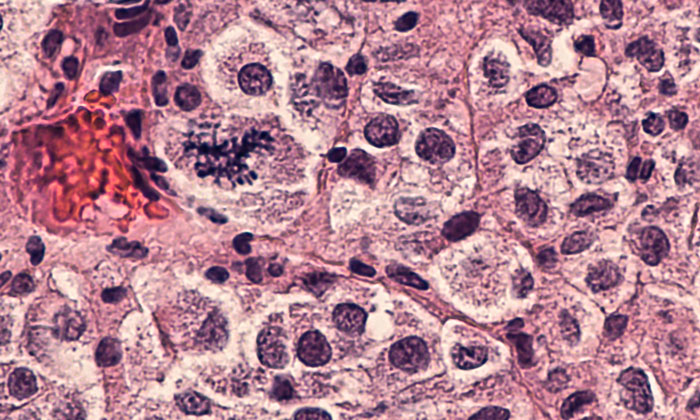 Researchers have developed a type of chemotherapy that can be ‘painted’ onto the skin.

Skin acts as a barrier between the outside world full of pathogens, bacteria and other harmful substances, and the body. However, in many cases, skin also prevents some beneficial drugs that could treat skin diseases from penetrating.

A chemotherapy for melanoma that can be directly ‘painted’ onto the skin has been developed. According to the Skin Cancer Foundation, melanoma is the deadliest type of cancer because of its ability to metastasise from the skin to other areas within the body.

Dr Bingfang He, Dr Ran Mo, and their colleagues wanted to develop a gel that patients could apply themselves to a skin tumour. They initially wanted to identify methods of getting the substance to penetrate deep within the layers of the skin. They used nanoparticles, called transfersomes, to encapsulate drugs or other molecules.

These transfersomes consist of a phospholipid bilayer and surfactants that make the encapsulated molecule particles more deformable in order to help them infiltrate the skin. The researchers used the drug paclitaxel, a chemotheraphy drug, encapsulated in the transfersome, which affects the lipid matrix of the skin to help the molecules pass more easily. They adjusted the surface of the transfersome, attaching a peptide to further aid penetration of the skin, and entry to the tumour cells.

Nanoparticles were embedded into a hydrogel to increase the time the transfersomes persisted on the skin. The researchers applied this prepared gel onto tumours of melanoma-bearing mice once a day, in combination with intravenous administration of paclitaxel every other day.

After 12 days, the researchers found that tumours of these mice were approximately half the size of tumours in mice treated with paclitaxel given intravenously alone. The researchers mention that this suggests that the transfersome gel aided in the slowing of tumour growth.

The results of the study have been reported in the American Chemical Society‘s journal Nano.