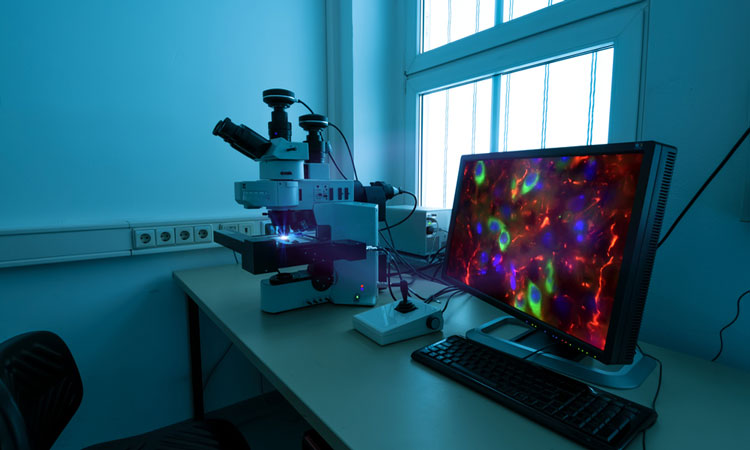 The interior structures of cells are made up of multiple proteins, and and microscopy can typically use only one or two fluorescent colours. As such, it can be difficult to distinguish between different proteins and decipher the complex architecture, to understand the underlying assembly mechanisms of the cell’s interior structures.

Scientists from the Suliana Manley lab at Ecole Polytechnique Federale De Lausanne (EPFL) have developed a technique to analyse and reconstruct super-resolution images and re-align them in a way that multiple proteins can be placed within a single 3D volume. 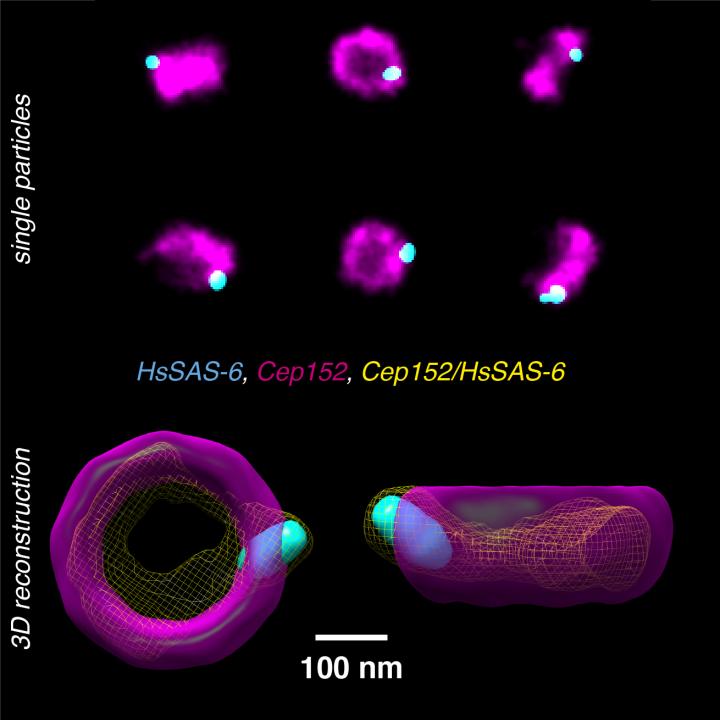 Images taken with large field-of-view super-resolution microscopy, where each image contains hundreds of 2D projections of a labelled structure in parallel, can be used and realigned so that multiple proteins can be visualised in a three-dimensional way.

The researchers tested the method on human centriole complexes. Centrioles are pairs of cylindrical molecular assemblies that are crucial in helping cell division. They are positioned near the nucleus and are involved in the development of spindle fibres within the process of cell division.

Using the mutlicolour super-resolution reconstruction method, the researchers uncovered the 3D architecture of four of the proteins that are critical for centriolar assembly during organelle biogenesis.

“With this method, if the proteins in the structure can be labeled, there is no limit to the number of colors in the 3D reconstruction,” said Professor Suliana Manley. “Plus, the reconstruction is independent of the super-resolution method used, so we expect this analysis method and software to be of broad interest.”