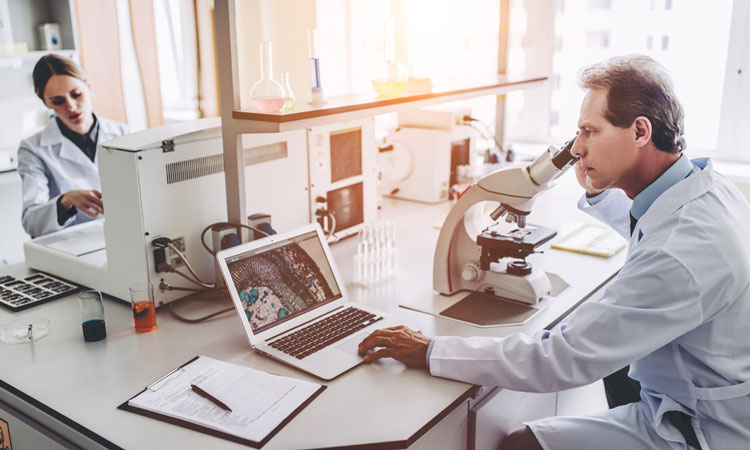 A team of scientists have described a strategy to disrupt the oestrogen receptor in order to access a therapeutic drug target.

Researchers from Case Western Reserve University School of Medicine have uncovered a previously uncharacterised, bridge-like structure within the human estrogen receptor which could be a potential drug target.

Breast cancer cells usually block oestrogen receptors inside cancer cells which in turn prevents metastasis. However, most patients with advanced breast cancer develop resistance to the drug, and as such the search is on for novel drug targets.

“Until now, the structure of the entire oestrogen receptor complex was unknown, so it was a challenge to identify novel or functionally important target sites for new drugs,” said senior author Dr Sichun Yang, Associate Professor of Nutirition, Proteomics, Pharmacology and Biophysics at Case Western Reserve University School of Medicine.

“The structures of individual receptor pieces were known, but how they fit together was a mystery. Our study identified a novel interface that bridges the two major functional units of the receptor.”

The researchers identified a ‘bridge’ that links two key receptor areas; one binding oestrogen and the other attaching to DNA, controlling genes in response to oestrogen levels.

“Disruption of the bridge prevents the two major parts of the oestrogen receptor complex from communicating, so targeting this interface represents a ‘burning-the-bridge’ strategy for drug discovery,” said Prof Yang. The researchers mentioned that drugs able to disrupt the bridge could affect how the two portions work together, inhibiting the function of the receptor.

The team used computer modelling, genetic engineering and proteomics to reveal the oestrogen receptor structure, and suggested that the bridge could be used as a novel drug target. They genetically engineered fluorescent probes to normal receptors in their laboratory, and were able to identify when the two critical areas of the receptor were communicating properly.

“The assay works like a fuel gauge,” Prof Yang explained. “A full tank, or high fluorescence under the microscope, means the bridge interface is normal. If the reading drops to half a tank or empty when we add a drug molecule, it means the interface has been disrupted, and the molecule is a candidate for further analysis in cell-based experiments.”

“Employing our iSPOT (integration of Scattering, footPrinting, and dOcking simulaTion) technology, we have achieved medium to high-resolution structural models of the oestrogen receptor for which no structure was previously available. We hope this will provide a roadmap to study receptor function and test new medications going forward,” said Prof Yang.