How gut bacteria affect the treatment of Parkinson’s disease

Researchers have investigated the ability of gut microbiota to influence the bioavailability of levodopa, a drug used in the treatment of Parkinson’s… 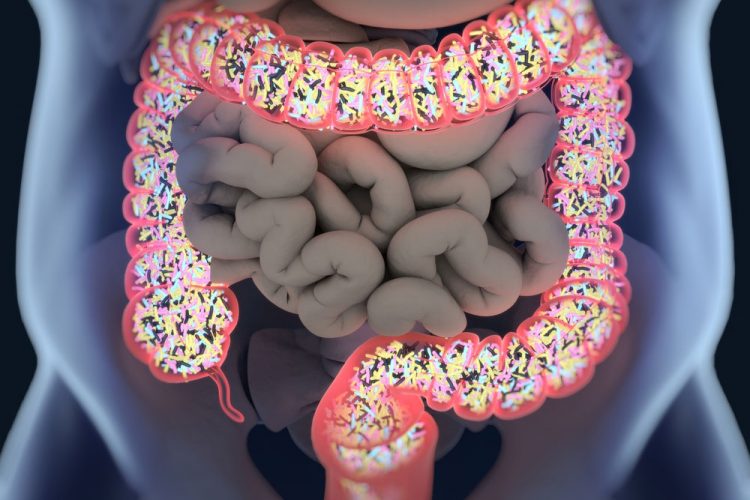 Patients with Parkinson’s disease are treated with levodopa, which is converted into dopamine, a neurotransmitter in the brain, scientists from the University of Groningen show that gut bacteria can metabolise levodopa into dopamine. As dopamine cannot cross the blood-brain barrier, this makes the medication less effective – even in the presence of inhibitors that should prevent the conversion of levodopa.

‘It is well established that gut bacteria can affect the brain’, explains Assistant Professor in Microbiology Sahar El Aidy, lead investigator of the study. ‘There is a continuous chemical dialogue between gut bacteria and the brain, the so-called gut-brain axis.’ Prof El Aidy and her team investigated the ability of gut microbiota to influence the bioavailability of levodopa, a drug used in the treatment of Parkinson’s disease.

The drug is usually taken orally, and the levodopa is absorbed in the small intestine and then transported through the bloodstream to the brain. However, decarboxylase enzymes can convert levodopa into dopamine. In contrast to levodopa, dopamine cannot cross the blood-brain barrier, so patients are also given a decarboxylase inhibitor. ‘But the levels of levodopa that will reach the brain vary strongly among Parkinson’s disease patients, and we questioned whether gut microbiota were playing a role in this difference’, says Prof El Aidy.

In bacterial samples from the small intestines of rats, Aidy’s Ph.D. student Sebastiaan van Kessel found the activity of the bacterial tyrosine decarboxylase enzyme, which normally converts tyrosine into tyramine, but was found to also convert levodopa into dopamine. ‘We then determined that the source of this decarboxylase was Enterococcus bacteria.’ The researchers also showed that the conversion of levodopa was not inhibited by a high concentration of the amino acid tyrosine, the main substrate of the bacterial tyrosine decarboxylase enzyme. 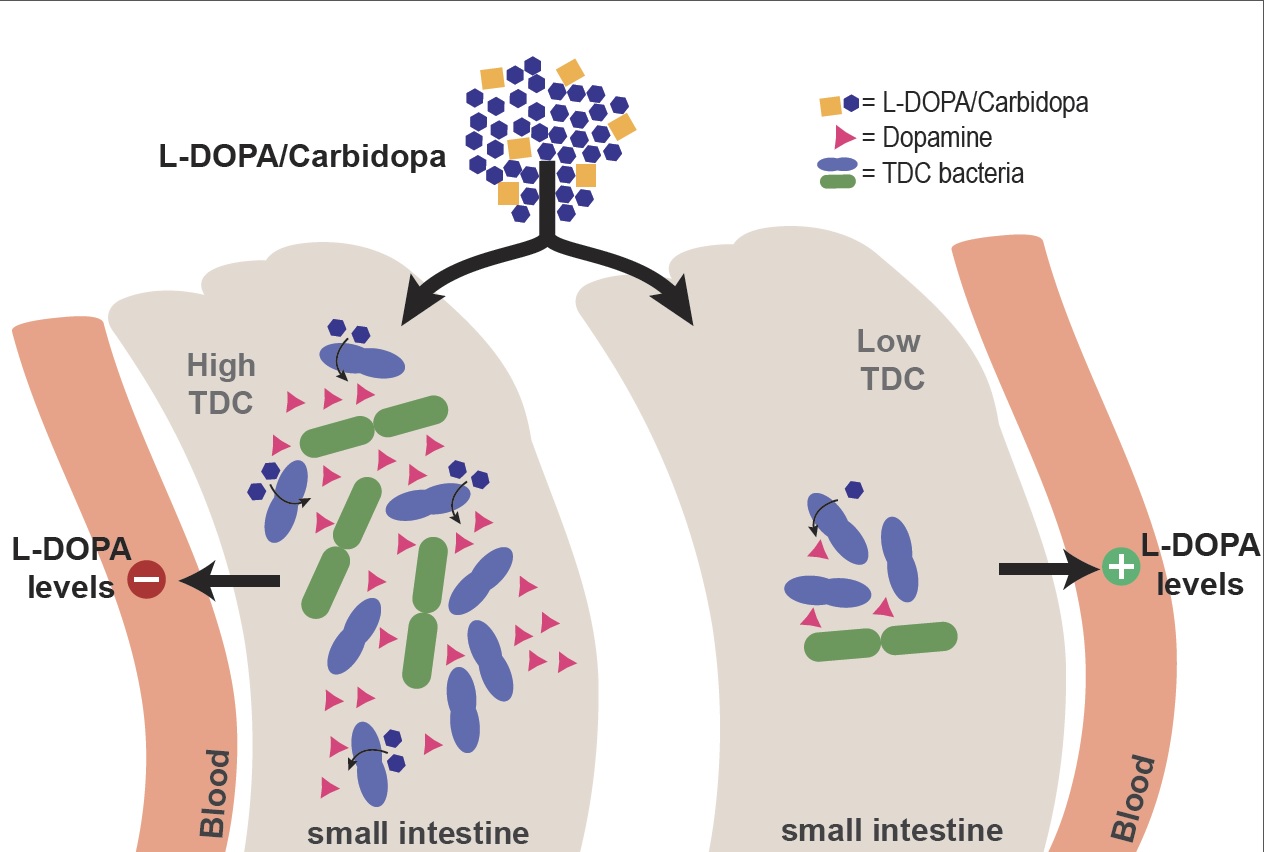 These findings led the team to the hypothesis that the presence of bacterial tyrosine decarboxylase would reduce the bioavailability of levodopa in Parkinson’s patients. To confirm this, they tested stool samples from patients who were on a normal or high dose of levodopa. The relative abundance of the bacterial gene encoding for tyrosine decarboxylase correlated with the need for a higher dose of the drug. ‘As these were stool samples, and the levodopa is absorbed in the small intestine, this was not yet solid proof. However, we confirmed our observation by showing that the higher abundance of bacterial enzyme in the small intestines of rats reduced levels of levodopa in the bloodstream’, explains Prof El Aidy.

Another important finding in the study is the positive correlation between disease duration and levels of bacterial tyrosine decarboxylase. Some Parkinson’s disease patients develop an overgrowth of small intestinal bacteria including Enterococci due to frequent uptake of proton pump inhibitors, which they use to treat gastrointestinal symptoms associated with the disease. Altogether, these factors result in a vicious circle leading to an increased levodopa/decarboxylase inhibitor dosage requirement in a subset of patients.

Prof El Aidy concludes that the presence of the bacterial tyrosine decarboxylase enzyme can explain why some patients need more frequent dosages of levodopa to treat their motor fluctuations. ‘This is considered to be a problem for Parkinson’s disease patients, because a higher dose will result in dyskinesia, one of the major side effects of levodopa treatment.’

The study has been published in the journal Nature Communications.