Researchers have identified a protein that plays a role in promoting blood cancer and have successfully used a novel compound to inhibit it, reducing tumour growth. 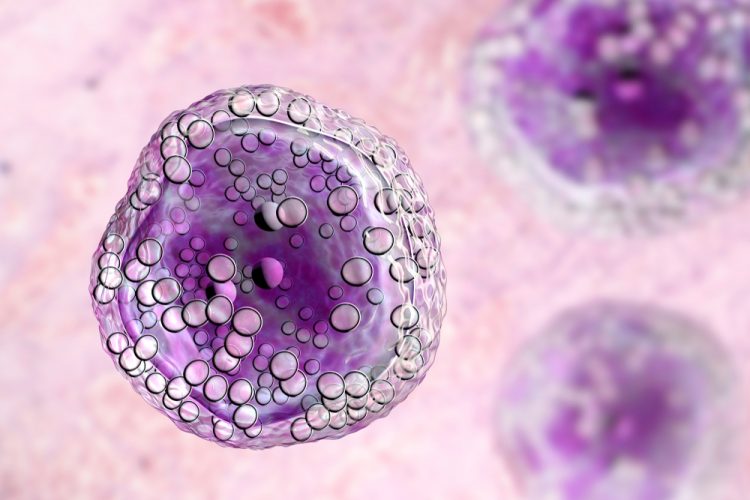 A study has discovered a hyperactive cell signal that contributes to tumour growth in primary effusion lymphoma, which is an aggressive blood cancer. They have also developed an experimental therapeutic to block the signal and slow tumour growth.

The research was conducted at the University of North Carolina Lineberger Comprehensive Cancer Centre. The team identified a novel treatment target for the cancer, a type of non-Hodgkin lymphoma caused by infection from the Kaposi’s sarcoma-associated herpesvirus, also known as human herpesvirus-8. The condition involves abnormal white blood cell growth.

The study investigated cell signals called kinases that were hyperactive in the condition. They found a protein called Tyro3, which is highly unregulated and expressed in primary effusion lymphoma. The protein was uniquely hyperactive in cells where the condition was present, compared to normal cells. The researchers found that it could activate a pathway that promoted cancer survival.

Next, the researchers used a compound that they developed called UNC3810A to treat the tumour and block the signal pathway. They observed a dose-dependent activation of cell death and significant suppression of cancer growth.

“UNC3810A was used as an in vivo tool compound to understand the biological roles of Tyro3 in primary effusion lymphoma in this study,” said Jason Wong, the study’s first author. “The work towards optimising UNC3810A to preclinical candidate will be continued in my lab.”

“We identified a new target in a subtype of non-Hodgkin lymphoma, and this target is also upregulated in other types of cancers besides lymphomas, and so potentially the drug we developed can be used for multiple cancers,” said UNC Lineberger’s Dr Blossom Damania.

The findings were published in the journal Proceedings of the National Academy of Sciences.