Researchers explain how lymphoma cells metastasise to the brain

Chronic inflammatory processes in ageing brains lead to lymphoma cells that have entered the brain tissue being retained. 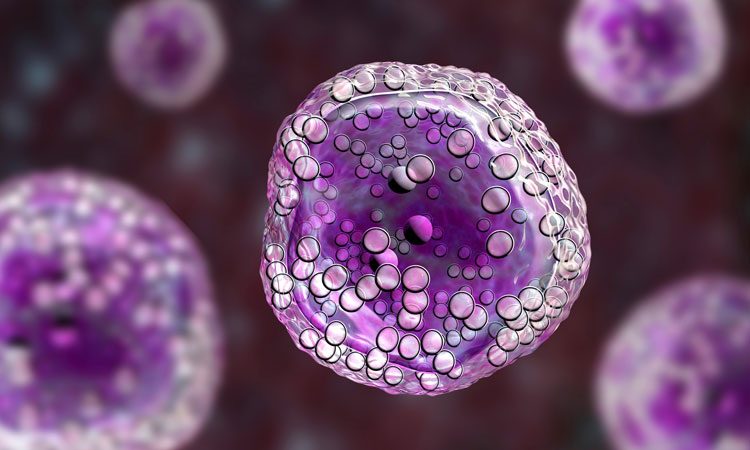 Scientists have discovered which molecular mechanism leads to lymphomas forming metastases in the central nervous system (CNS). According to the team, their findings could be used in the development of therapeutic strategies.

The researchers from the German Cancer Research Center (DKFZ) showed that chronic inflammatory processes in ageing brains lead to lymphoma cells that have entered the brain tissue being retained instead of being released directly back into the blood.

They also identified key molecules of this mechanism in tissue samples from patients with lymphomas of the central nervous system. They, therefore, hope to have identified a potential approach for developing new therapeutic approaches.

“We have now demonstrated that inflammatory processes in the brain play a key role,” explained Mathias Heikenwälder from DKFZ. 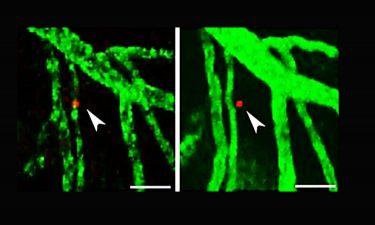 Using a special microscopy technique, scientists can observe single lymphoma cells (stained red) in the living brain of a mouse over a longer period of time. After 24 hours, the lymphoma cell has migrated from the blood vessel into the brain tissue (right) (credit: Heikenwälder/DKFZ).

An important factor in connection with chronical inflammation in the brain is NF-kappaB. To examine inflammatory processes in the brain, the researchers bred genetically-modified mice in which NF-kappaB is permanently active in the CNS. The researchers injected lymphoma cells into the mice and they did, in fact, develop metastatic lymphomas in the CNS. This did not happen in mice without chronic NF-kappaB activation.

In a healthy brain without inflammation, a messenger substance ensures that both white blood cells and lymphoma cells leave the brain tissue and go back into the blood vessels. The scientists have identified an important antagonist of this messenger substance in their experiments: the signalling molecule CCL19, the production of which is stimulated by NF-kappaB.

In humans affected by primary or secondary brain lymphomas, the NF-kappaB signalling pathway is also activated, so there is more CCL19. As in the mice, the messenger substance is released by special brain cells known as astrocytes.