The new screening technique may enable development of novel combination-immunotherapy regimens against cancers and persistent infections. 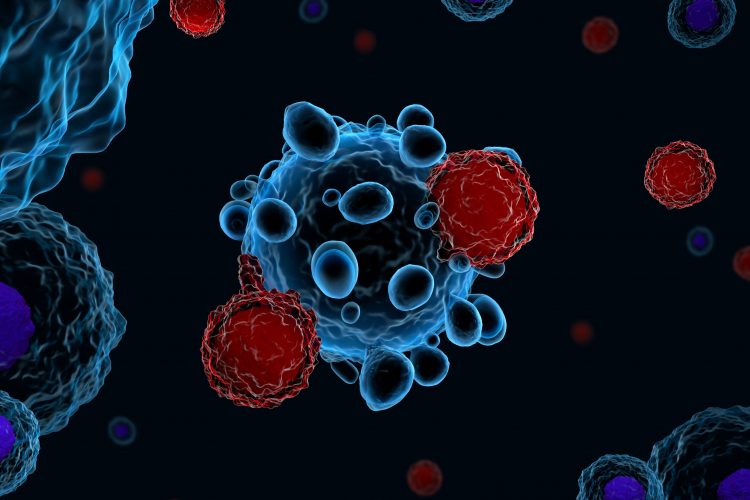 A new screening method has been created to uncover medicinal compounds that can restore the function of defective T cells, re-establishing their ability to fight cancer.

The new system is based in part on previous research led by Michael Oldstone, MD, Professor Emeritus in the Department of Immunology and Microbiology at Scripps Research, US into how the immune system responds to lymphocytic choriomeningitis virus (LCMV).

Oldstone found that a unique variant of LCMV, called clone 13, establishes a persistent infection by exhausting the specific T cells produced to clear the virus. This is done by increasing signals through inhibitory T-cell receptors, such as PD-1 and IL-10, that exist to enable recognition and prevent the immune system from damaging host tissue. The discovery that clone 13 can survive by switching off anti-LCMV T cells was quickly followed by the recognition that cancers often persist using the same trick.

Immunotherapies that block signalling from PD-1 and restore T-cell anti-cancer responses are among the most powerful cancer medicines around. However, because treatment with these drugs typically works well for only a few cancers, such as melanoma, and less often on other cancers, scientists suggest that cancers usually hijack multiple inhibitory T-cell pathways. A combination of immunotherapies directed to different molecular pathways could therefore be more effective than current therapies.

“The idea now is to develop more immunotherapy drugs and find the best combinations of them,” Oldstone says.

The screening method in action

The new screening system is designed to enable scientists to swiftly find pharmacologically active small molecule compounds that might be more effective, or augment, the current injectable antibody immunotherapies currently available. The system uses T cells that have been exhausted by LCMV clone 13 and detects signs of renewed activity in these cells when a compound is tested.

The advantage of the new screening system is that it is specific and highly automated; therefore, thousands of compounds can be screened within days. Any hits can then be verified in experimental mouse models.

Elements of the screening system can also be used to ascertain the mode of action of the identified compounds; ingenol mebutate was identified as having the ability to reactivate T cells from a drug repurposing library of 12,000 compounds. The scientists at Scripps Research used sections of the method to establish that it restores function for T cells by activating protein kinase C signalling enzymes.

“This new screening method should be particularly useful because we can use it not only to identify compounds that restore needed function to exhausted T cells, but also to quickly analyse these T cells to determine how these compounds work on them,” says Oldstone.

Another advantage of the new screening system, according to the researchers, is its adaptability for finding compounds that have other effects on T cells, such as reducing T-cell activity to treat autoimmune conditions.