A mechanism has been revealed that could be used to deny RAS mutant tumour cells (which is known to encourage the growth seen in pancreatic cancer patients) of a key survival mechanism. 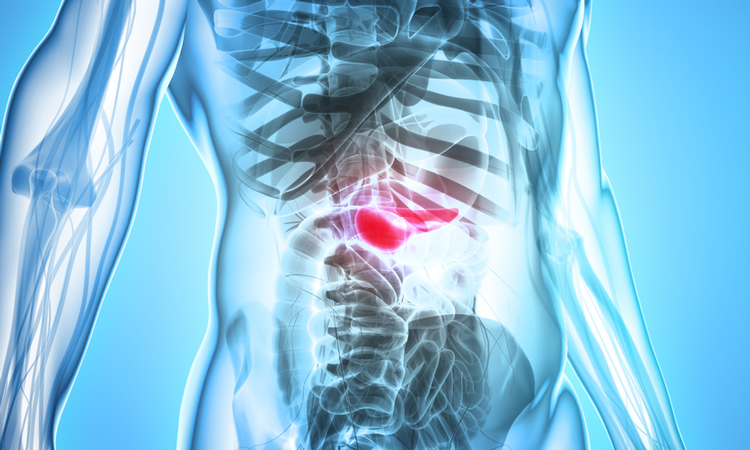 A mechanism has been revealed by scientists that helps pancreatic cancer cells avoid starvation within dense tumours by hijacking a process that pulls nutrients in from their surroundings.

The study explains how changes in the gene RAS (which is known to encourage the abnormal growth seen in 90 percent of pancreatic cancer patients) also accelerate a process that supplies the building blocks required for that growth. Called macropinocytosis, the process engulfs proteins and fats, which can be broken down into amino acids and metabolites used to build new proteins, DNA strands and cell membranes. Cancer cells cannot multiply without these resources on hand, say the study authors.

The new study, led by researchers at NYU Grossman School of Medicine, US, identifies the key molecular steps that are marshalled by the cancer cells to boost micropinocytosis.

“We found a mechanism related to nutrient supply that we believe could be used to deny RAS mutant tumour cells of a key survival mechanism,” said first study author Craig Ramirez, PhD, a postdoctoral fellow in the Department of Biochemistry and Molecular Pharmacology at NYU School of Medicine.

By shifting where v-ATPase operates from the depths of cells to areas near their outer membranes, the reaction positions the enzyme to deliver the cholesterol needed by RAC1 to attach to cell membranes, the researchers say. Build-up of v-ATPase near outer membranes, and the related positioning of Rac1, enable membranes to temporarily bulge, roll over on themselves and form nutrient-engulfing pockets (vesicles) during macropinocytosis.

In cell culture studies, treatment of mutant RAS cells with the SLC4 family inhibitor S0859 led to a significant reduction in RAS-dependent v-ATPase localisation to outer membranes, as well as to the inhibition of micropinocytosis.

Furthermore, analysis of molecular data from human pancreatic ductal adenocarcinoma (PDAC) tissue revealed that the gene for SLC4A7 is expressed four-fold higher in tumours than in normal nearby pancreatic tissue.

The scientists also showed that silencing the gene for SLC4A7 in pancreatic cancer cells slowed down or shrunk tumours in mice.

“We are now searching for drug candidates that might inhibit the action of SLC4A7 or v-ATPase as potential future treatments that block macropinocytosis,” added study senior author Dafna Bar-Sagi, PhD, Senior Vice President, Vice Dean for Science and Chief Scientific Officer at NYU Langone Health. “Both of these proteins are in principle good targets because they’re linked to cancer growth and operate near the cancer cell surfaces, where a drug delivered through the bloodstream could reach them.”