A new experimental drug was shown by researchers to restore natural brain rhythms in mouse models of Alzheimer’s and promote learning and memory. 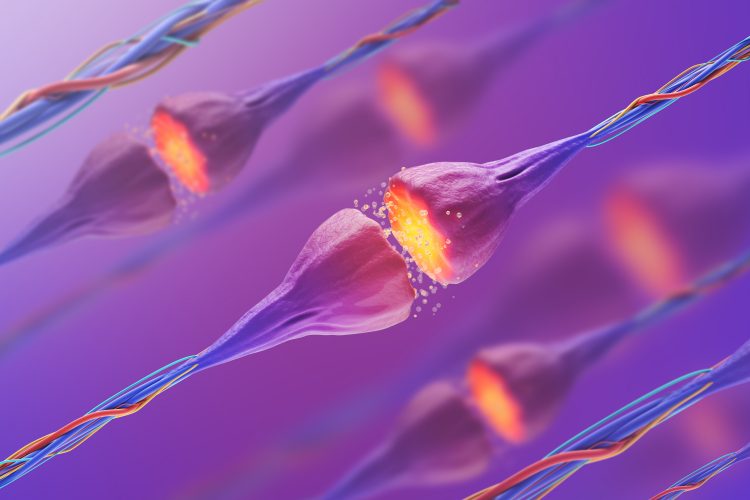 Researchers have revealed a new experimental drug, GNE-0723, that can enhance the activity of a subset of neurotransmitter NDMA receptors at active synapses to restore normal brain rhythms of Alzheimer’s and Dravet syndrome murine models. The drug promoted memory and learning, while halting epileptic activity so could be a future therapy for cognitive disorders.

NDMA receptors are known to support cognition and memory by enhancing communication between neurons. Abnormal NDMA receptor activity has been implicated in epileptic and neurodegenerative disorders, but previous compounds for altering NMDA receptor function bound to all subtypes and either completely blocked the receptors or permanently activated them. Researchers theorised that modulating the receptors solely at active synapses may help cognitive diseases by potentiating synaptic function and increasing neuronal communication.

Genentech researchers reported in 2016 that they had found a new class of experimental drugs which selectively bound to the subtype of NMDA receptors found in active synapses. They acted to amplify the receptors’ signal only when it engaged with neurotransmitters. “These compounds enhance naturally occurring activity at the synapses, rather than turning the receptors on all the time,” said Keran Ma, a staff scientist at Gladstone Institutes and a co-first author of the paper. “Thus, active synapses are potentiated in a more physiologically relevant way.”

Gladstone and Genentech researchers worked together, testing the effect of GNE-0723, the new experimental drug, on mouse models of Alzheimer’s disease and Dravet syndrome. Their paper reveals that GNE-0723 reduced a type of brain activity called low-frequency oscillations to promote memory and stop epileptic activity.

Low-frequency oscillations naturally occur at low levels in normal brains; however, in Alzheimer’s and Dravet syndrome these oscillations are more prominent. They have been associated with epileptic brain activity, impaired cognition and memory loss.

Administering GNE-0723 to the murine models caused the oscillations to return to levels seen in the controls and epileptic activity stopped. “What we saw after the treatment were brain-wide changes in neural activity that shift the brain to a more active state that facilitates learning and memory,” said Jorge Palop, PhD, senior author of the study, Gladstone Associate Investigator and associate professor of neurology at UC San Francisco.

Mice treated with the drug for several weeks showed improved performance in learning and memory tests than untreated animals, learning faster and retaining memories longer. The researchers are now looking to identify what type of neurons GNE-0723 acts upon.