A new study has shown that the function of the p38 protein is related to the stimulation of cancer cell division and thus enhances tumour growth. 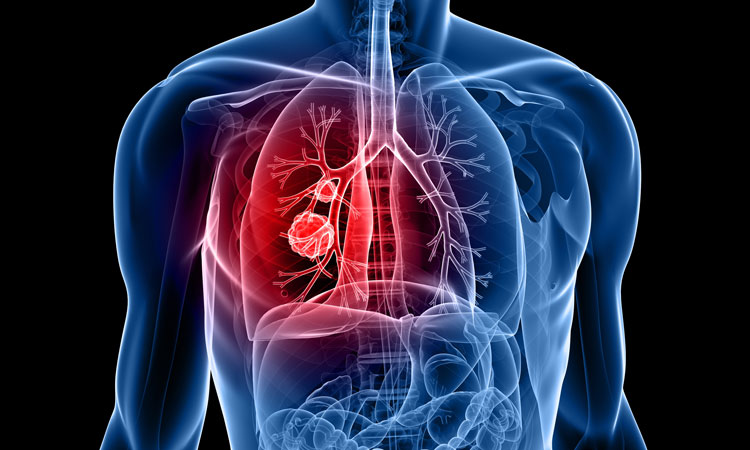 A new study has demonstrated that the protein p38 is one of the key elements supporting lung cancer growth. In particular, the study focused on cells expressing the oncogene Kras, which causes the transformation of a healthy cell into a cancer cell and whose mutations are responsible for approximately 25 percent of lung cancer cases.

The study was headed by Ángel R Nebreda, ICREA researcher and head of the Signalling and Cell Cycle Lab at the Institute for Research in Biomedicine (IRB Barcelona). 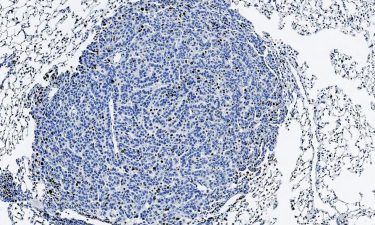 The scientists used genetic mouse models that develop lung tumours with the KrasG12V mutation. Using these models, they observed that p38 inhibition leads to a dramatic reduction in tumour growth and aggressiveness. Also, further studies have indicated that patients with lower levels of p38 in tumours have a more favourable prognosis. This function of p38 is related to the production of factors that stimulate cancer cell division and thus enhance tumour growth, the scientists said.

The relevance of this work lies in the fact that “it shows how tumours exploit a protein, which in principle protects healthy lung cells, for their own progression,” said Jessica Vitos, first author of the paper. The result of this study may find therapeutic application. In this regard: “Chemical compounds that inhibit p38 function would interfere with the growth of lung cancer cells,” she explained.

The study has been funded by the European Research Council (ERC), the Spanish Ministry of Science, Innovation and Universities (MICINN), the Catalonian Agency for Management of University and Research Grants (AGAUR), and the BBVA Foundation.