Researchers have used a peptide called D6PV to lower triglycerides in mouse models, which could be used as a therapy for high triglyceride-induced acute pancreatitis in humans. 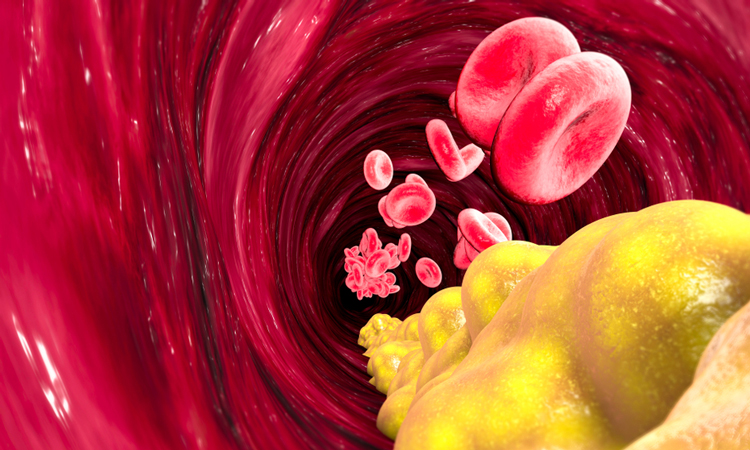 In early pre-clinical studies, researchers have demonstrated that the peptide D6PV has the potential to activate the enzyme called Lipo-Protein Lipase (LPL) and reduce the number of triglycerides in the bloodstream.

According to the scientists, from the US National Heart, Lung and Blood Institute (NHLBI) at the National Institutes of Health (NIH) and Corvidia Therapeutics, the peptide is being developed to address high triglyceride-induced acute pancreatitis (AP), a condition for which no US Food and Drug Administration (FDA) approved therapies exist.

Speaking to Drug Target Review, Dr Alan Remaley, Senior Investigator at the Lipoprotein Metabolism Laboratory, Translational Vascular Medicine Branch of the NHLBI, said: “The inspiration for designing the D6PV peptide was from a simulation on the Anton 2 supercomputer, which was specifically created to do molecular dynamics simulations.”

In their experiments, researchers injected mouse models with D6PV. The peptide is derived from native apolipoprotein C-II (apoC-II), a protein found in the body which activates LPL. The peptide acts not only as a mimetic of apo-CII but as an antagonist of apo-CIII. Apo-CII stimulates, while apo-CIII inhibits LPL’s ability to break triglycerides into free fatty acids and consequently regulate the number of triglycerides in the body.

The researchers proved that D6PV decreased plasma triglycerides in the models by mimicking apoC-II while at the same time blocking apoC-III, taking effect only one to three hours after administration.

“In general, peptides are digested by proteases and do not last long in the body upon administration. So, it is challenging to develop peptide therapeutics. In the case of D6PV, the peptide binds to not only the triglyceride molecules, which are the target for this potential therapy but also to high-density lipoproteins (HDLs). Because of its binding to HDL, it is protected from proteases giving the peptide longer half-life. The actions of D6PV enable a rapid decrease in triglycerides in various animal models. Our research is still in early stages, but it is possible that this investigational therapy could be developed as a once a week injectable therapy for apoC-II deficiency patients or as an acute in-hospital therapy for hypertriglyceridemia-induced acute pancreatitis patients, for whom there are no approved therapies,” said Dr Matt Devalaraja, Executive Vice President and Head of R&D at Corvidia Therapeutics.