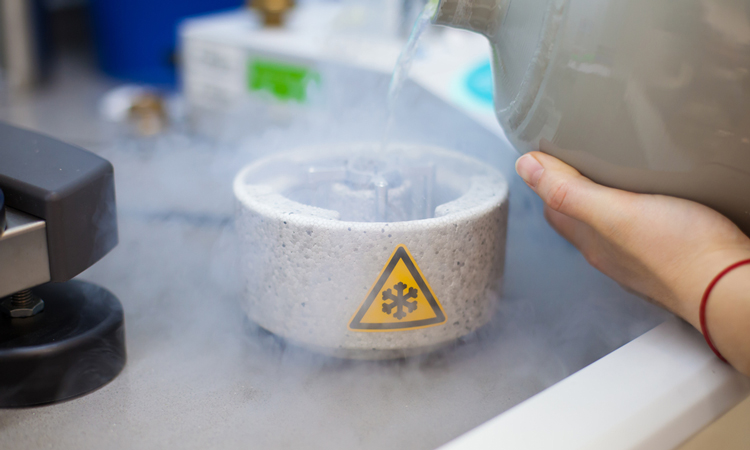 According to researchers, the microscopes that cryogenic electron microscopy (cryo-EM) relies upon are prohibitively expensive and complicated to use, making them inaccessible to many. However, a group of scientists from the Okinawa Institute of Science and Technology Graduate University (OIST) in Japan have now developed a cheaper and more user-friendly cryo-EM, which could ultimately put the technology in reach of thousands of labs.

In a six-year construction process, the team built the microscope by adding a new imaging function to a scanning electron microscope. They used the hybrid microscope to image three different biomolecules: two distinctly shaped viruses and an earthworm protein.

“Building this microscope was a long and challenging process, so we are thrilled about its results so far,” said Dr Hidehito Adaniya, a researcher in the Quantum Wave Microscopy (QWM) Unit and co-first author of the study. “As well as being cheaper and simpler to use, our microscope utilises low-energy electrons, which could potentially improve the contrast of the images.”

Cryo-EM works by firing high-energy electrons at a biological specimen. The electrons interact with atoms in the biomolecule and scatter, changing their direction. The scattered electrons then hit detectors and the specific scatter pattern is used to build up an image of the sample. At high energies, only a relatively small number of these scattering events occur because the electrons interact very weakly with the atoms in the sample as they speed past.

“Biomolecules are predominantly composed of elements with a low atomic mass, such as carbon, nitrogen, hydrogen and oxygen,” explained co-author and researcher, Dr Martin Cheung. “These lighter elements are practically invisible to high-speed electrons.”

In contrast, low-energy electrons travel slower and interact more strongly with the lighter elements, creating more frequent scattering events. This strong interaction between low-energy electrons and lighter elements is challenging to harness, because the layer of ice surrounding the specimen also scatters electrons, creating background noise that masks the biomolecules. To overcome this issue, the scientists adapted the microscope so it could switch to a different imaging technique: cryo-electron holography.

Based on the hologram’s interference pattern, the detectors can distinguish scattering by the specimen from scattering by the ice film. Researchers can also compare the two parts of the beam to gain extra information from the electrons that is difficult to detect using conventional cryo-EM.

“Electron holography provides us with two different kinds of information – amplitude and phase – whereas conventional cryo-EM techniques can only detect phase,” said Adaniya. This added information could allow scientists to gain more knowledge about the structure of the specimen, he explained.

In addition to building the hybrid microscope, the scientists also optimised the sample preparation. Since low-energy electrons are more prone to being scattered by the ice than high-energy electrons, the ice film enveloping the sample had to be as thin as possible to maximise the signal. The scientists used flakes of hydrated graphene oxide to hold the biomolecules in place, allowing thinner films of ice to form.

With the current set up and optimised samples, the microscope produced images with a resolution of up to a few nanometers, which the researchers acknowledge is far lower than the near-atomic resolution achieved by conventional cryo-EM.

However, they say that the microscope still fills an important niche as a pre-screening microscope: “Because the low-energy electrons interact so strongly with the ice, our cheaper and user-friendly microscope can help researchers gauge their ice quality before spending valuable time and money using conventional cryo-EM microscopes,” said Adaniya.

In the future, the team hopes to improve image resolution further, by changing the electron gun to one that creates a higher quality electron beam.

The study was published in Ultramicroscopy.