Researchers have found that molecules from ticks called Evasins have the potential to halt cytokine storms, the leading cause of COVID-19 fatalities. 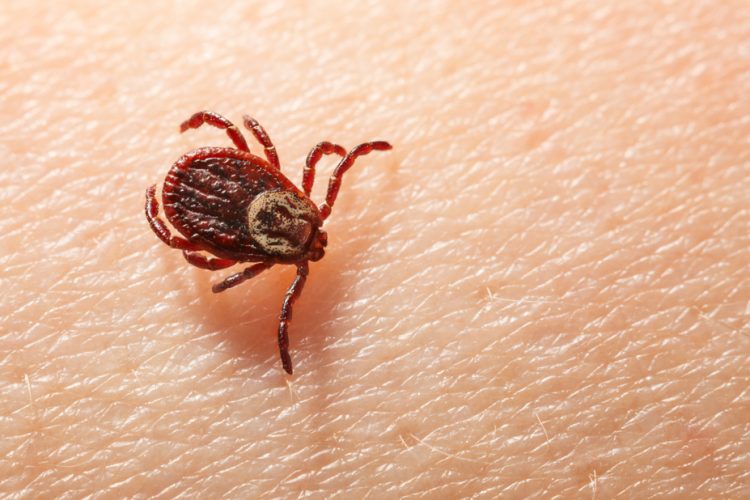 A UK-based biotechnology firm has announced it is working alongside the University of Oxford, UK, to evaluate Evasins (molecules derived from ticks) as a potential COVID-19 treatment option for patients whose lungs are badly damaged by the virus and face a critical juncture in recovery.

The company, ILC Therapeutics, says its research indicates that Evasins could have the potential to prevent the progression of Acute Respiratory Distress Syndrome (ARDS), which is currently the leading cause of COVID-19 fatalities. The researchers say the molecules could act as a “fire extinguisher” to quell the cytokine storms that attack the lungs.

Cytokine storms are the result of the overexpression of the body’s innate immune system, over-producing cytokines and chemokines that activate white blood cells like neutrophils and macrophages to attack the lungs in COVID-19 patients. If enough lung tissue is destroyed by these attacks then it is impossible for the lungs to operate and patients die.

Early research indicates that Evasins could rescue the patient from the cytokine storm in the body once it is already in progress by ‘absorbing’ chemokine messengers which cause lung inflammation, making it a late stage treatment option for patients and potentially resulting in a much higher chance of survival and recovery.

The biotech firm began working with Professor Shoumo Bhattacharya of the University of Oxford in November 2019, originally examining Evasins as a potential treatment for various inflammatory respiratory conditions before realising that it could be particularly effective on lung inflammatory responses caused by the innate immune system.

Professor Bhattacharya developed Triple Headed Evasins – essentially combining three different types of Evasins so as to maximise the absorption of different chemical messengers called chemokines, which are responsible for inflammation in the lungs and circulatory system.

With the emergence of COVID-19, the researchers suspected their findings could be applied to the current pandemic, caused by the SARS-CoV-2 virus.

“Evasins are designed to evade people’s innate immune response, which acts as an inherent protection mechanism against parasitic attack from ticks and other parasites, allowing these invaders to drink their victim’s blood with impunity. Evasins are designed to turn off the very chemical messengers that play a big part in ARDS. We hope to use something that for millions of years has been used by parasites to attack people to save people instead. Given that Evasins function the same in all mammals, we have the potential to gain insight from animal model data very quickly, which would be very beneficial in seeing how effective this treatment option could be,” said Professor Bhattacharya.

Chief Scientific Officer of ILC Therapeutics, Professor William Stimson, added: “This is an area I have researched for many years – I previously worked on severe acute respiratory syndrome (SARS) and believe that the innate immune system’s importance has often been overlooked in favour of the adaptive immune system. In the case of COVID-19, Evasins could have the potential to work even in extreme conditions of advanced ARDS by putting out the cytokine and chemokine fire raging in the lungs. This could prevent further damage and potentially save patients’ lives at a highly critical stage of the fight against the virus.”

The researchers highlight that given Evasins have the potential to control a number of inflammatory responses in the lung no matter the cause, the treatment option could have implications for other respiratory conditions such as allergic asthma as well as COVID-19.