Japanese researchers have shown that a silicon-based antioxidant agent can suppress the development of kidney failure and Parkinson’s disease in rodent models. 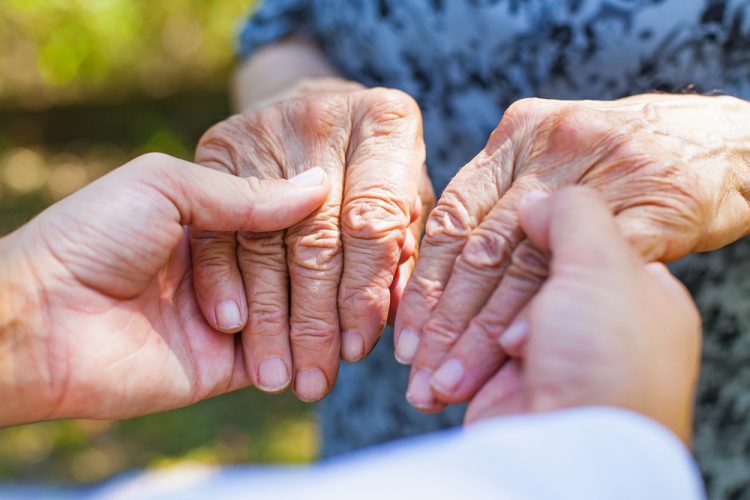 In a new study, researchers from Osaka University, Japan, have developed a novel dietary silicon (Si)-based antioxidant agent that suppressed the development and progression of kidney failure and Parkinson’s disease in rodents.

Reactive oxygen species (ROS), which causes oxidative stress, are generated as a result of metabolism and the immune response, but also during certain disease processes, contributing to continued tissue damage. Chronic kidney disease and Parkinson’s disease are among those conditions that have been shown to result from oxidative stress. Although ROS encompass several different molecules, not all ROS are alike. According to the researchers, while hydroxyl radicals are highly damaging to tissues through their effect on cells and DNA, others, like hydrogen peroxide and superoxide anions, are important components of the normal immune response.

“Eliminating only hydroxyl radicals is important to avoid disrupting normal physiological processes,” said lead author of the study Yuki Kobayashi. “Previous attempts to do so, like taking in hydrogen-rich water or breathing in hydrogen-containing air, have shown limited results. We wanted to develop a new dietary agent that efficiently enables the elimination of damaging hydroxyl radicals.”

To achieve their goal, the researchers produced a novel Si-based agent from Si powder. As the agent is administered by mouth, the researchers first evaluated the efficacy of the agent in an environment similar to that in bowels, ie, a pH of 8.3 and at 36°C. One gram of the new agent was able to generate 400ml of hydrogen in 24 hours, which is the equivalent of drinking 22l of hydrogen-rich water. The new agent thus enabled the continuous production of high amounts of a hydroxyl-eliminating molecule. 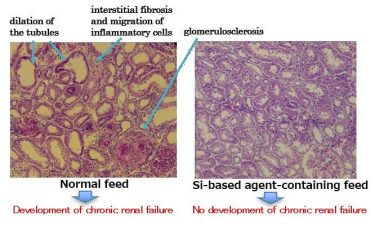 The researchers used animal models of chronic kidney disease and Parkinson’s disease to test whether their molecule was damaging to tissues. When they fed rats who had 5/6 of their kidneys removed with the Si-based agent, kidney function was preserved and tissue levels of oxidative stress as well as inflammation were significantly lowered, as compared with those of control animals. Similarly, when they fed animals with Parkinson’s disease with the Si-based agent, degeneration of neurons responsible for the disease was significantly attenuated.

“These are striking results that show that our Si-based agent is effective in preventing the progression of chronic kidney disease and Parkinson’s disease in well-established animal models,” said corresponding author Shoichi Shimada. “Our findings could provide new insights into the clinical management of patients with these diseases, for which currently no curative approach exists.”