A group of researchers has suggested that BBOX1 inhibitors could be used to treat triple negative breast cancer after showing success in mouse models. 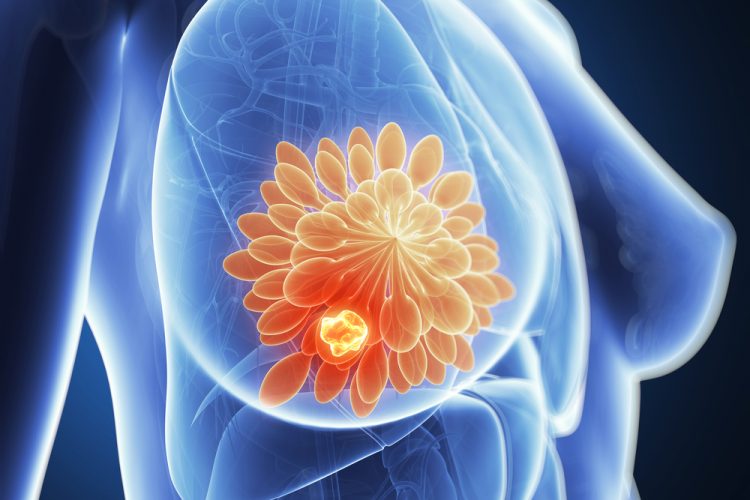 A member of a larger family of oxygen sensing enzymes could present a viable target for triple negative breast cancer (TNBC), researchers report in a new study. According to the team, their findings might offer an effective treatment option for TNBC patients.

The researchers from the University of Texas Southwestern Medical Centre (UTSW), US, investigated how cancers can thrive in low-oxygen environments. The team narrowed in on 2-oxoglutarate (2OG)-dependent enzymes, a family of 70 enzymes including some that function as oxygen sensors in cells. To determine their role in TNBC, the researchers used a library of short interfering RNAs to individually turn off each member of the 2-OG-dependent family in different TNBC and healthy breast cell lines.

Their study focused on a specific 2-OG-dependent member called gamma-butyrobetaine hydroxylase 1 (BBOX1) that is known to facilitate cell synthesis of carnitine, a molecule that plays a key role in energy metabolism. When the researchers turned off the gene responsible for producing BBOX1, TNBC cells stopped dividing and eventually died, although turning off this gene in healthy breast cell lines had no effect.

The opposite was also true; they found that overexpressing the gene for BBOX1 caused TNBC cell lines to wildly proliferate. Further investigation showed that it was not carnitine that caused this effect. The enzyme itself appeared to be key for TNBC cells’ survival and growth.

To investigate how BBOX1 exerts this effect, the scientists searched for which proteins this enzyme interacts with in cells. Their experiments showed that BBOX1 uniquely binds to a protein called IP3R3, which studies have previously linked to other malignancies. IP3R3 is important for helping mitochondria extract energy from sugar. By binding to this protein, BBOX1 stops it from being degraded, giving TNBC cells the energy boost they need to grow, the researchers say.

However, they also say that eliminating BBOX1 could have the potential to stop TNBC tumour growth. They demonstrated this in mice by injecting the animals with TNBC cells that were modified so the gene for BBOX1 could be turned off either directly or by feeding the animals an antibiotic called doxycycline. Turning off the BBOX1 gene directly in these cancer cells stopped primary tumour growth. In another strategy to simulate the breast cancer growth and treatment in patients, the researchers injected tumour cells into the mice and let the TNBC cells grow unabated into sizeable tumours. Then, the mice received doxycycline to turn off the BBOX1 gene. They found that these tumours stopped growing and shrank.

The group was able to replicate these results by dosing mice with pharmaceuticals that inhibit BBOX1. These drugs effectively fought TNBC tumours but had no negative effects on normal breast tissue or on the animals as a whole, with no detectable toxicity.

“Right now, TNBC patients have limited options, which leads to dismal clinical consequences,” said the study’s senior author Dr Qing Zhang, associate professor in the department of pathology at UTSW. “We think BBOX1 inhibitors could be a powerful new weapon in the arsenal to treat these cancers.”

The findings can be found in Cancer Discovery.