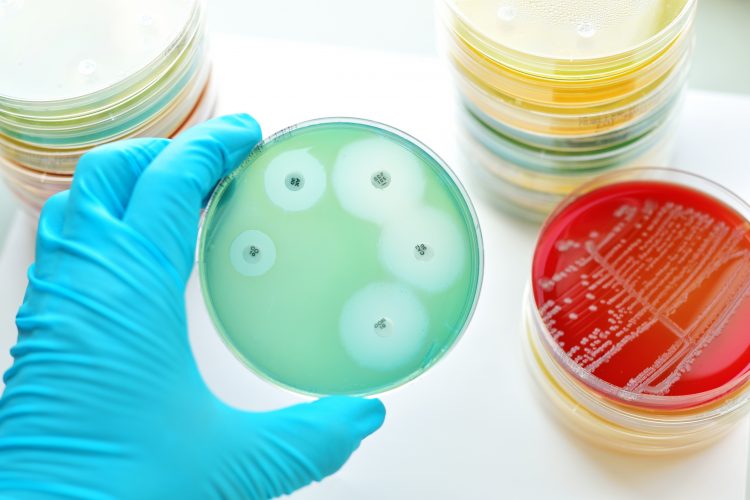 At least half of all women are expected to have a urinary tract infection (UTI) within their lifetime, with many experiencing recurrent infections where the causative bacteria are becoming increasingly resistant to antibiotics. As a result, novel classes of antimicrobials are urgently needed.

“You cannot stop bacteria from evolving and developing resistance to antibiotics,” said Mary Ronquillo, an undergraduate student who works in the lab of Dr Scott Eagon at California Polytechnic State University. “The aim of our research is to develop a drug that acts in a different way from current drugs – by depriving the bacteria of iron, a key nutrient essential to their survival.”

Currently, most drugs that treat UTIs caused by uropathogenic E. coli (UPEC) either disrupt synthesis of the bacterial cell wall or interfere with bacterial DNA replication. Since the urinary tract is an iron-deficient environment, UPEC have evolved several ways to obtain iron, such as by producing molecules called siderophores that acquire iron bound to host proteins.

The researchers from California Polytechnic State University and the University of Michigan School of Medicine previously showed that the iron acquisition process can be a target for small molecules for possible UTI treatment. In that study, they screened nearly 150,000 compounds and identified 16 that stop these bacteria from growing under iron-limiting conditions. Of these 16, two compounds were linked to disruption of the bacterial TonB system, which consists of three transmembrane proteins that help UPEC take up iron. Eagon’s group is focusing on these two compounds for further study.

Beautyberry leaf could be the secret to combatting MRSA infections…

“We selected one of these compounds as a scaffold to modify into potential small molecule inhibitors of the TonB system,” explained Cole Detels, an undergraduate student in Eagon’s lab. The molecule is called 2-{[(3-chloro-4-methoxyphenyl)amino]methyl}quinolin-8-ol, otherwise known as ‘the hydroxyquinoline scaffold’.

After they made the scaffold molecule, Detels and Ronquillo prepared five variations and another three are now in the purification stage. The team aims to prepare a library of antibiotic inhibitors based on the the hydroxyquinoline scaffold and modified with various functional groups. “With this library in hand, we will work with our collaborators to screen them against UPEC and human cell lines to look for broad toxicity,” Eagon said. “After that, the compounds will be tested in animal models to see if they kill the bacteria in vivo.”

Once Eagon’s team finishes preparing the complete hydroxyquinoline library, they plan to make variations of the second scaffold molecule.

According to the researchers, this new class of drugs targeting iron uptake should have no effect on beneficial E. coli strains in other regions of the body in which iron is plentiful, where most current antibiotics typically destroy the beneficial strains as well as the pathogenic ones. Also, because there is no TonB homologue found in humans, the possibility of toxic side effects is also reduced compared to other antibiotics.