Researchers suggest possible therapies for macrophage activation syndrome (MAS), a feature of cytokine storm and a major cause of death in severe COVID-19 patients. 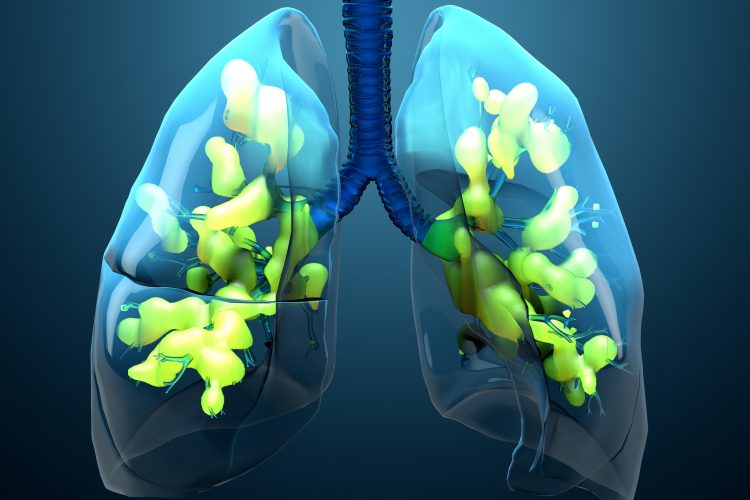 Scientists have published a review of macrophage activation syndrome (MAS), a feature of cytokine storm, which they suggest plays a major role in COVID-19 disease severity and suggested potential existing therapies that could ameliorate severe COVID-19.

The authors of the review said a significant percentage of COVID-19 cases are of a severity requiring hospitalisation and that a substantial number of these patients die, even though they appear to be responding well to treatments. The major cause of these deaths, they stated, is cytokine storm (also called hypercytokinaemia). Cytokine storm is the production and release of a large quantity of inflammatory signalling molecules called cytokines in response to hyperactivation of the immune system. This storm triggers systemic hyperinflammation which, if untreated, can result in multiple organ failure and death.

Another severe complication of hypercytokinaemia is MAS, a condition characterised by uncontrolled activation and proliferation of T lymphocytes and macrophages. MAS, if left untreated, can also cause organ failure and induce Acute Respiratory Distress Syndrome (ARDS), a related condition in which widespread inflammation of the lungs causes pulmonary oedema, decreased gas exchange and fatal hypoxia. Cytokine storms causing organ failure and ARDS are two of the primary causes of mortality in severe COVID-19 cases. Therefore, preventing or weakening cytokine storm could reduce the overall mortality of COVID-19.

Ryo Otsuka and Ken-ichiro Seino from the Institute for Genetic Medicine (IGM) at Hokkaido University, Japan, undertook a review of their research on MAS in order to understand its role in COVID-19 disease progression and highlight how existing therapies for the condition could benefit severe COVID-19 patients. Their review was published in Inflammation and Regeneration.

In their previous research, the scientists detailed cytokine storms and MAS in other diseases, such influenza, pneumonia and sepsis. However, they found that far more cytokines were involved in cytokine storms caused by severe COVID-19 than in their previously documented cases of MAS. According to the duo, this is because as SARS-CoV-2 (the virus causing COVID-19) enters human cells it triggers an inflammatory response by causing pyroptosis (a type of cell death), which activates macrophages. Additionally, the virus infects macrophages, activating them. The activated macrophages recruit T cells, triggering a positive feedback loop in which T cells activate more macrophages which then recruit more T cells and so on. The result is MAS, which in turn causes the potentially fatal complication, ARDS.

According to their review, MAS is directly triggered by cytokines such as interleukin-6 (IL-6) and Tumor Necrosis Factor α (TNFα) and indirectly by IL-1. In the second part of the review, the pair discussed which therapies had been used to supress MAS and some that have already shown promise in reducing COVID-19 severity.

The team highlighted that preliminary trials have assessed tocilizumab, an IL-6 blocker, for severe COVID-19 cases in China and anakinra (an anti-IL-1 medication) for non-severe cases in Italy with generally positive results. Acalabrutinib, a drug that targets the production of IL-1, has also been tested in a trial of 19 US patients and had favourable outcomes in severe COVID-19 cases.